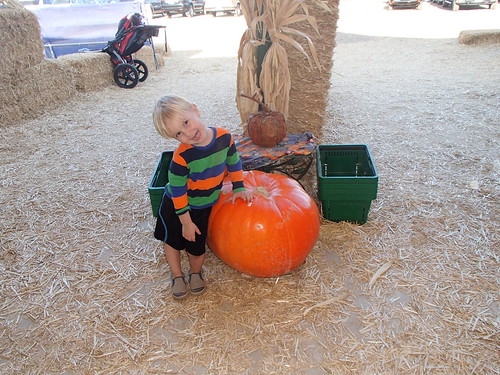 I mentioned yesterday that we carved pumpkins over the weekend, so I thought I would backtrack and tell you a little bit about the picking of said pumpkins.  Our pumpkin patch visit! 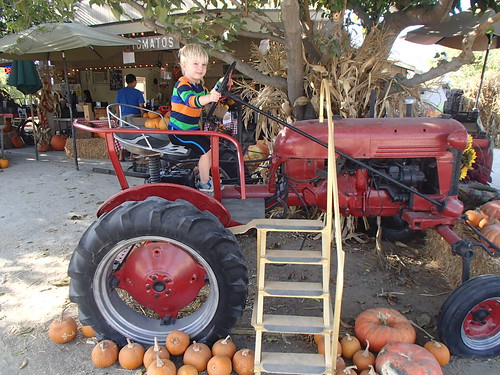 We actually had to institute the "you have to be able to carry it" rule when Thatbaby wanted the biggest pumpkins he could find. 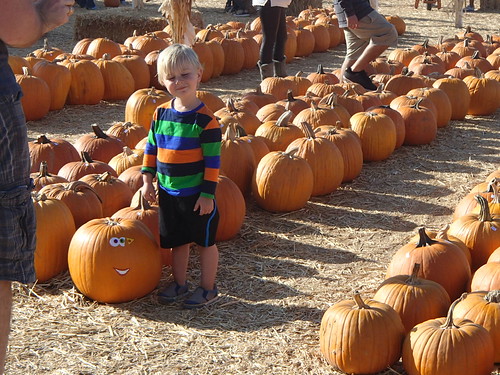 We also instituted the "one pumpkin only" rule when he attempted to take home every pumpkin he could carry. 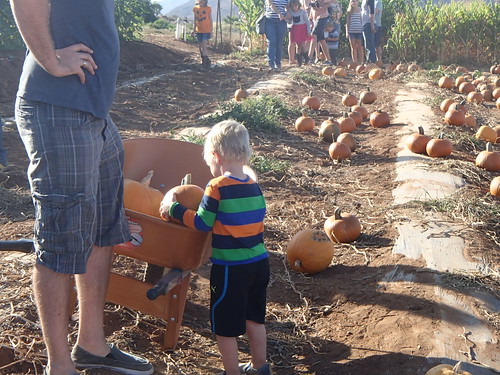 We relented a little on that last rule, and let him take home two. 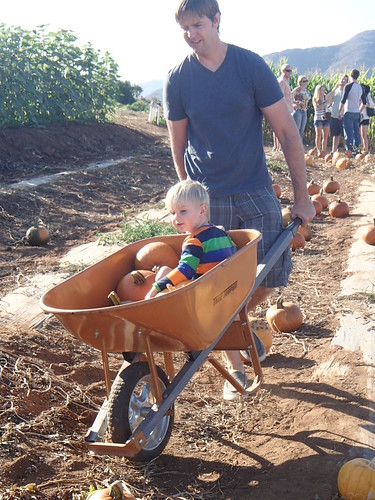 And we also gave in on his request to go on a hay ride.  Which he really liked.  Except for the pokey hay part.  Good thing I had a nice, soft, non-hay filled lap for him to sit on. 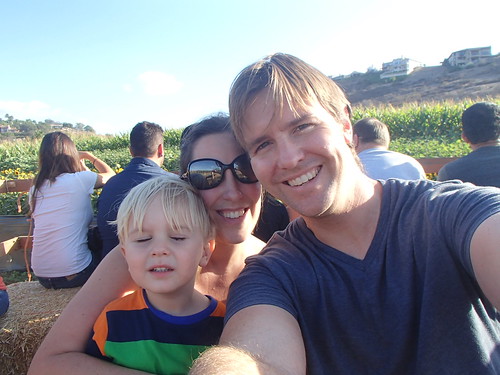 And a close up of our finished products - I did the carving on Thatbaby's but I let him design it.  He requested "circle eyes" a "rocket ship nose" and an "airplane mouth." 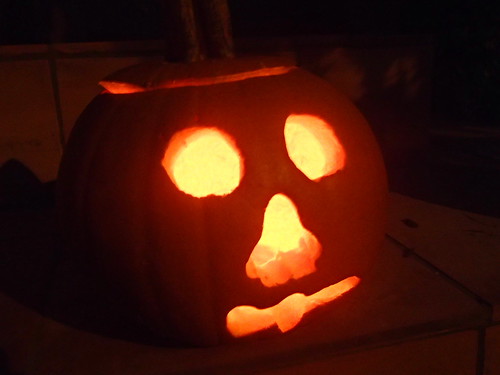 I ended up going the ghost route. 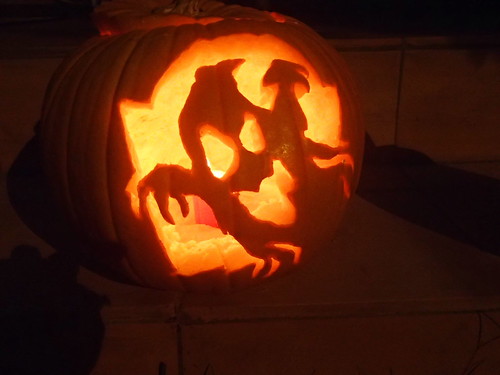 Thatboy was inspired by the weird lumps and scars on his pumpkin and used it to create a brainy monster. 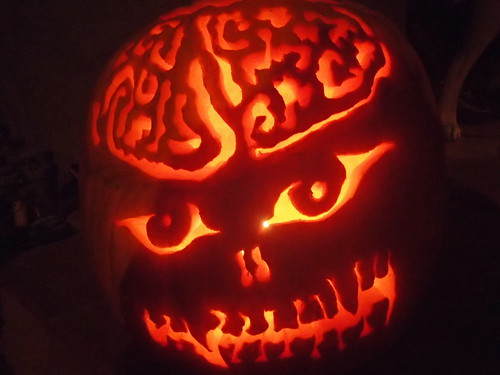 Trail of Crumbs last 3 recipes are all versions of "Midnight pasta" - pasta made after late nights out.  Midnight pasta sounds perfect for Halloween, doesn't it?  Well, at least it sounds spookier than it is.  Really, they're just very quick pasta dishes (that make liberal use of red pepper flakes.) 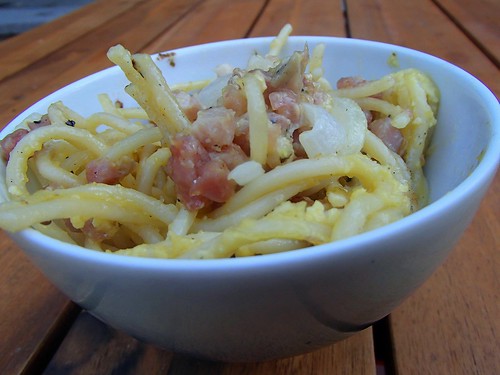 Labels: Halloween is for girls, pasta, pumpkins, Trail of Crumbs