I've got a soft spot for children and Disney.  Put the two of them together, and well, you have a sweet deal.  Which is why every year when I get the notification for the annual CHOC (Children's Hospital of Orange County) Walk I donate a little something.

The theory of the walk warms my heart.  Disneyland opens its doors and CHOC's children, their families, and supporters.  The walk itself is filled with shirts proclaiming the names and ages of children who passed through its doors, and some who passed beyond.

I've been donating since before Thatbaby was born.  But now that he's 3, and actually might get something out of Disneyland, I thought participating in the walk would be a good introduction for him.  And then we could spend the day in Disneyland after.

I told my family that we were doing the walk, and everyone wanted to join in.  So early last Sunday morning, we all met up in the Mickey and Friends parking lot (Coincidentally.  We were supposed to meet at Downtown Disney but ended up parking right behind Thatbrother.) 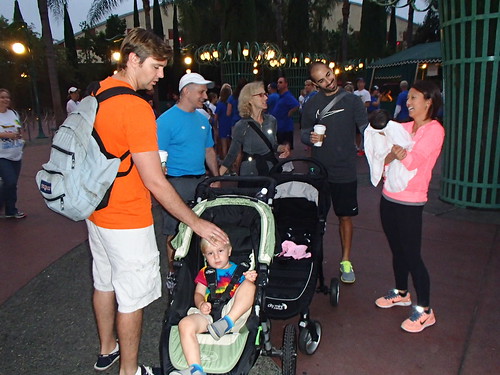 To say this walk was popular would be an understatement.  It was wall to wall people.  So much so that it took us almost an hour to actually enter the park.  And once inside, you could barely move as people shuffled along slowly.  Pushing two strollers through this madness was exactly what Thatbrother and I would call a nightmare.  I have to say, I adore my brother so much because of our similarities.  It's nice to have someone to grouse with as you try to steer past hundreds of people who aren't moving. 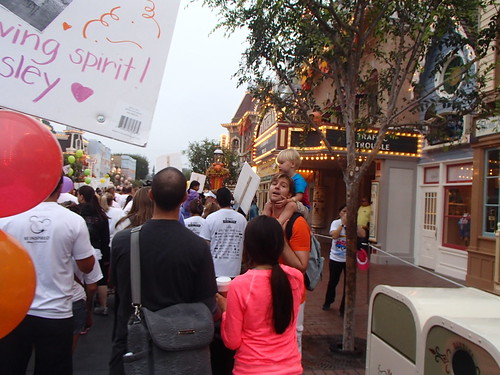 On the plus side, Thatbaby got to see so much of the parks.  We were only planning on visiting Disneyland that day, but because of the walk, we got to visit California Adventure too.  Which was especially exciting because that's where Lightning McQueen lives. 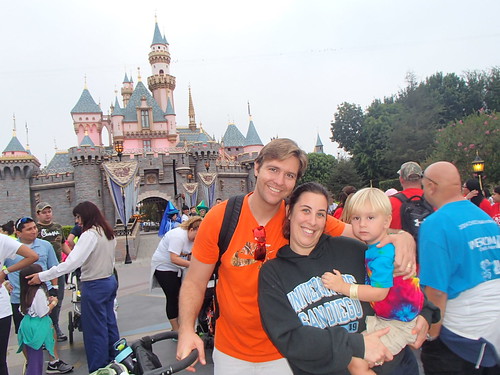 It also had gotten much lighter in flow of people by the time we got to California Adventure, which meant we had some breathing room and could enjoy ourselves more.  But we were also tired by that point because this little 5k was nearing hour 2. 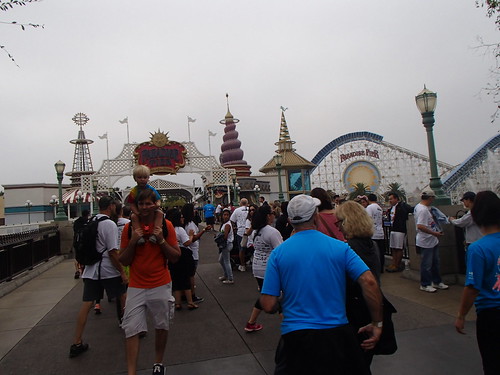 The other good part of the walk was that he got to see so many characters.  Some he knew, some he didn't.  He got up close and personal with Minnie and was thoroughly impressed with Sleeping Bue-lee and the fact she had a castle right there.  The one complaint I had was that the big mouse himself was no where to be found.  Really?  No Mickey?  I had one really disappointed kid. 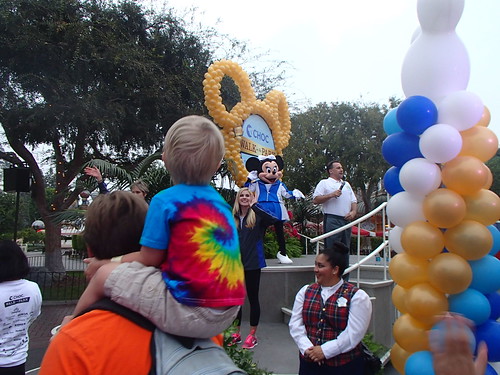 In general, the walk was overwhelming and disappointing for me.  With the crowds and lack of organization (and Mickey) I think we'll go back to just donating instead of participating.
Posted by That Girl at 1:00 AM