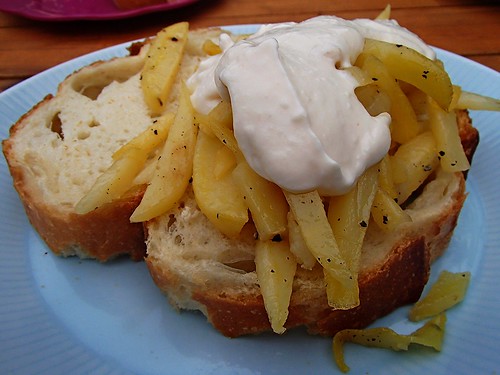 Certain areas are known for certain food specialties.  In San Diego, it's Fish Tacos and Carne Asada fries.   When I lived outside of Pittsburgh, it was pierogies and Primanti Brothers sandwiches.  What separates a Primanti Brothers sandwich from elsewhere is the inclusion of french fries, IN the sandwich.  For the first 30something years of my life, I was under the impression it was a specialty unique to Western PA.  It's a genius idea, but really, who needs french fries sandwiched between bread?  Crazy midwesterners, that's who.

But in reading Trail of Crumbs, Sunee introduced me to the Southern variation.  New Orleans is known for a variety of food specialties too, including the "Po-Boy"  (which is one of Thatboy's favorites) a sandwich on a french baguette.  Typically I've had po-boys filled with meat, or shrimp, but according to Sunee, french fries are also a traditional choice.   She speaks of bars that had these delivered to patrons, and really, that makes sense too.  What sounds better after a night of drinking than french fries, slathered with horseradish cream, between a buttery french roll? 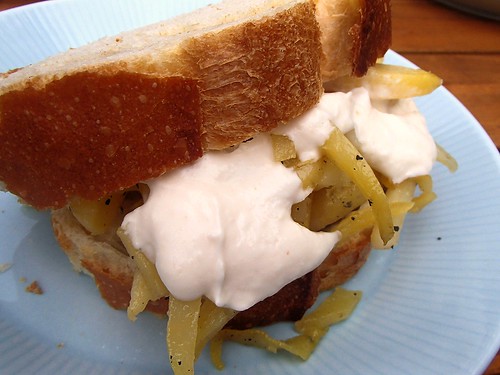