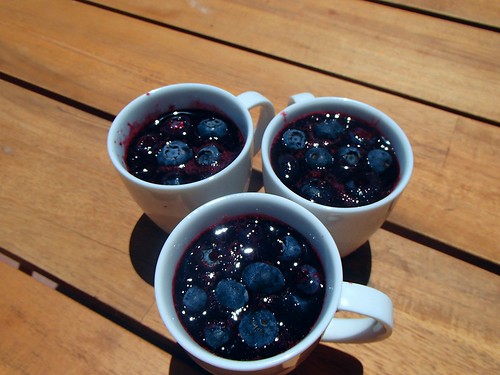 I'm ready for fall.  Cooler temperatures, chili, apple cider.  This delayed summer is for the birds.  It's October, but feels like August.  It's like someone forgot to tell Mother Nature to send in the crisp clear air and cool breezes.

I am a strong supporter of cold soups in the summer.  Chilled cucumber soup, cold gazpacho.  It's as if the summer produce flavors come bursting out when the soup isn't steamy.

Fruit soups for me always seem more like dessert.  Especially when honey and vanilla are prominent ingredients.  This blueberry soup is a really nice end to a late summer meal, but also works as a topping for ice cream, pancakes, or mixed with a little sparkling wine. 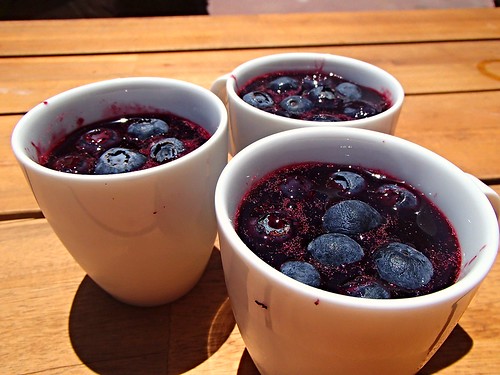