So this year I signed us all up for the race!  Because the race runs at low tide, the race started at 2pm.  Which I thought was great, because it meant we didn't have to get up early to run it.   And then I realized that was smack dab during Thatbaby's nap time.  Perfect.

So we did an early lunch and tucked Thatbaby into the car, where we knew he would fall asleep.  The problem was, he was enjoying a really good nap.  So good, that he didn't want to wake up at 1:30pm.  He was in a royally bad mood.  Although he had been looking forward to the race for weeks, all of a sudden he didn't want to run it.  And when we lined up at the start he whined every 3 minutes "why aren't we running?"  And when it did start, he didn't actually want to run, he just wanted to be carried. 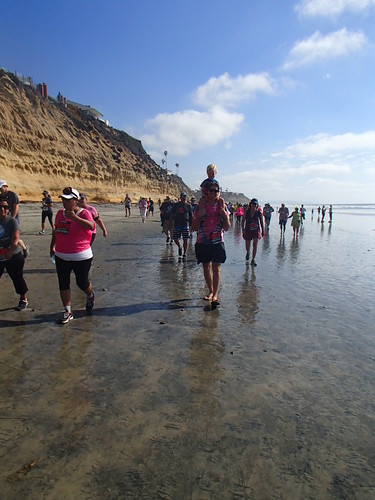 The course followed the same route as last time, up the beach for a mile, turn around and back for a mile and a half, and then another turn around for the last .6 miles.  Shortly before the first turn around, Thatbaby decided he was ready to run. 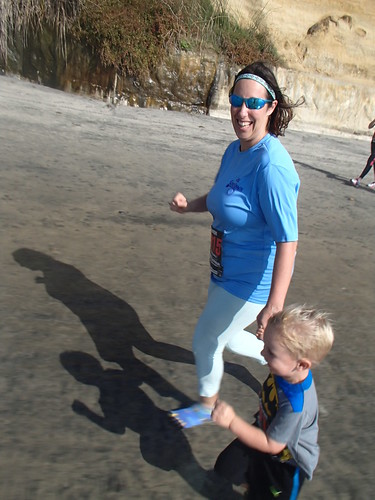 This was my first time running a race with Thatbaby, as opposed to pushing him in  a stroller or wagon.  It was fun to hold hands and race with him.  He loves running with me otherwise, but there aren't very many places where it is conducive to do so, so this was the perfect venue. 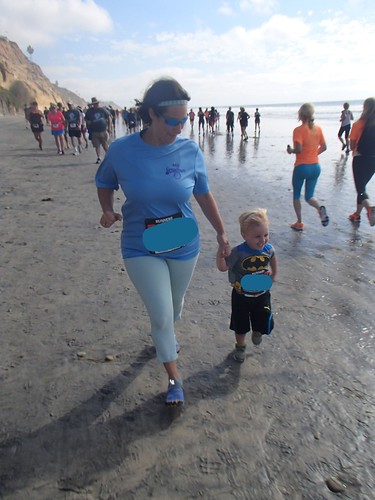 It was a warm day, we're having an unseasonable October, so it should be no surprise that Thatbaby alternated between running with me and riding Thatboy's shoulders.  But we made it the whole 3.1 miles!  And crossed the finish as a family. 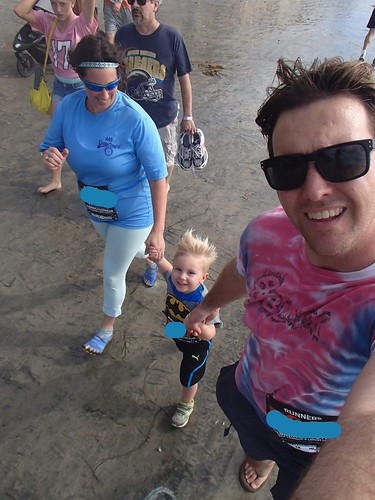 Thatbaby was super proud of his medal.  And the surfboard keychain he got from one of the vendors after. 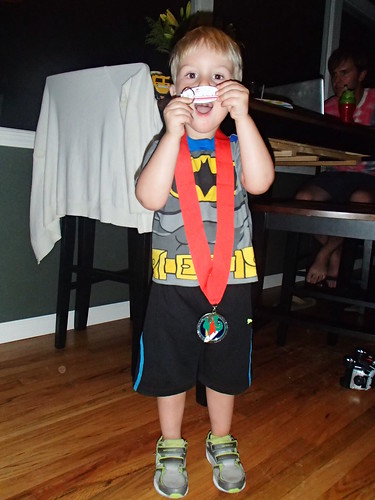 I do love how family friendly this event is.  There's even a kid's race, which we didn't participate in because of nap.  A big race perk for me was there were Cliff Mojo bars being handed out on the course and at the finish.  Thatbaby was complaining about being hungry the entire time, so having little granola bars available kept him happier on the course.