Trail of Crumbs: Chicken Thighs with Cinnamon and Dates 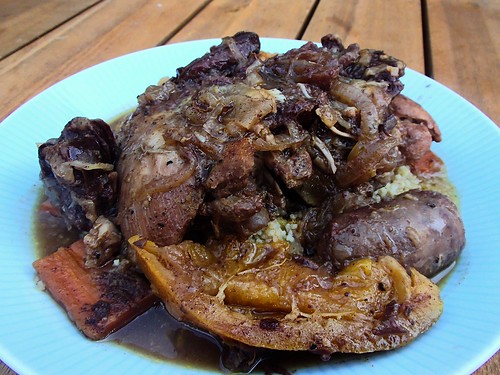 I will probably always prefer white meat.  For years I refused to eat dark meat - thighs, legs, wings.  All I wanted was the breast.  It's not the worst thing in the world, chicken and turkey breast are healthier than their counterparts.

But I was missing out.

Over the past couple of years I've come to embrace the dark side.  Chicken thighs especially.  They're so much better for slow cooking.  Both in the slow cooker, and for things like braising.  The bring a richer flavor to a dish that chicken breasts just don't.  And I love the way they fall apart, so tender!

I really liked this dish because of the combination of the chicken and sausage.  For me, that such a Cajun thing - Jambalaya, gumbo.  There's nothing Cajun about this dish.  With the dates and cinnamon it seems much more...North African?  I don't know, I just keep thinking of Morocco.  Sunee even suggest making this in a tangine.  It works just fine in a dutch oven, so if you're tangine-less, like I am, don't let it deter you. 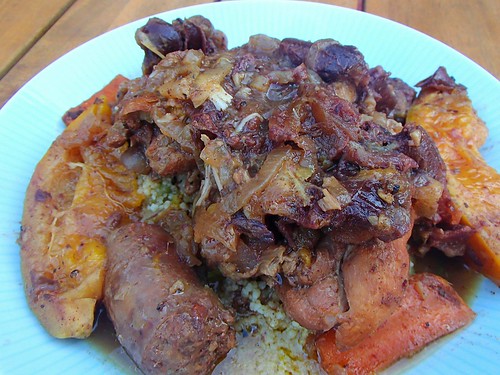