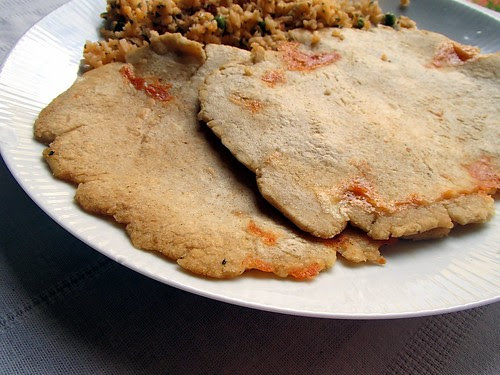 We're on to Round 2 in my mom's group.  Half of the group has or is about to have their second child.  And because of this, we've developed a little tradition.  It started back in December when our first round 2-er was on their way.  Mrs. Pirate really wanted to throw a shower with just our little group, but it was obvious the mom-to-be didn't want one.  And really, she didn't need one.  She was expecting her second boy, and her first wasn't even 2 yet.  She had everything she needed.  What she DID need was some girl time before she was stuck at home with 3 meals.  So we had a special Girls Night Out in her honor.

Now we have a special night out for the expectant mother a couple weeks before their due date.  A last hurrah to hang out with girls.  Superwoman is due in a little over a week!  I realized this as I drove up to The Actress's shower, since they're both due in September.  And I realized we didn't have anything planned for Superwoman!  And we were running out of time!

The very next day I emailed her and asked about her availability for the next month.  I also asked if she wanted to do a dinner out, or switch it up a bit.  I remember when Thatbaby was born - it took me months to be able to get out and do anything for myself.  I thought maybe a spa night would be a nice treat for Superwoman before she's trapped by a newborn.  She agreed!  It doesn't hurt that a local spa offers a spa happy hour - $30 treatments that come with cocktails!  So all of us could go get pampered, and the non-pregnant members of our group could also have some drinks.

Everyone was very into this plan.  And so last Friday we all met up after work for some quality girl time, where we could enjoy each others company and some time to spoil ourselves.

We had facials, massages, and pedicures while we sipped on fruity, girly cocktails and chatted about pregnancy, potty training, and other adventures in our lives.  A definite success!

And here's another success.  When I made pupusas a couple of weeks ago, I was disappointed in the thickness of the dough.  Spurred on my by thumbprint cookie success, I wanted to give these another go.  I wasn't originally going to blog about it, because, um, I JUST introduced you to pupusas.  But these came out so well I think they're worth the repetition. 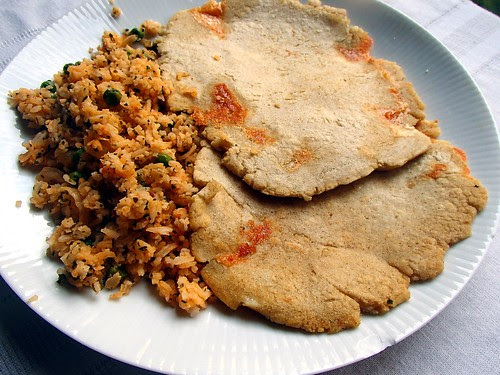