Movin' On Up: Spinach Artichoke Chicken 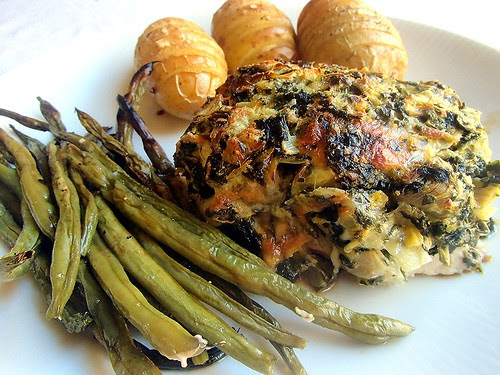 You may remember me mentioning that at Thatbaby's first swim lesson of the season he appeared to be the oldest and most advanced member of the class  (or you could pay absolutely no attention to my mentions of my child on this blog - and that's okay too).

In any event, after that class, Thatboy called to see if we could have Thatbaby moved up to the next level up - 21 through 36 months.  He's been taking this class for the past couple weeks. 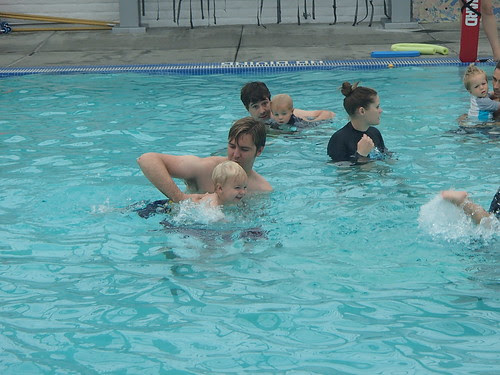 The kids are much more independent in this class, and spend a lot more time underwater, fishing for rings or doing passes. 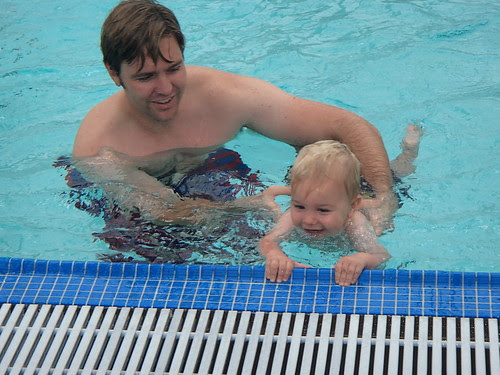 And Thatbaby is already showing improvement. Last year, and even his first week this year in the younger class, he got the arm movements down, but wasn't doing well with kicks. Now he's kicking up a storm. 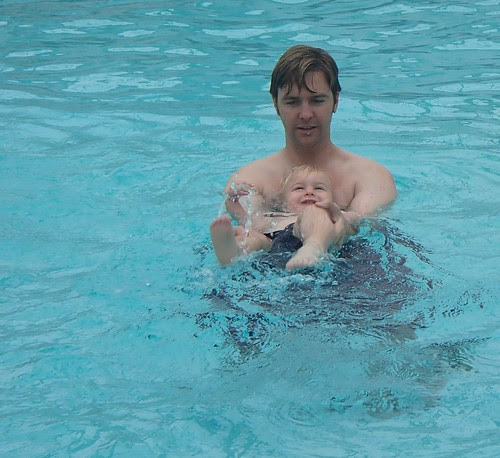 He's blowing bubbles and almost confident enough to jump off the side without holding anyone's hands. Almost. 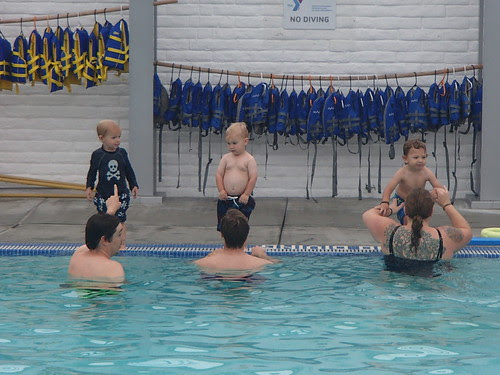 And Thatboy is holding him less and less as he swims towards his ducky. 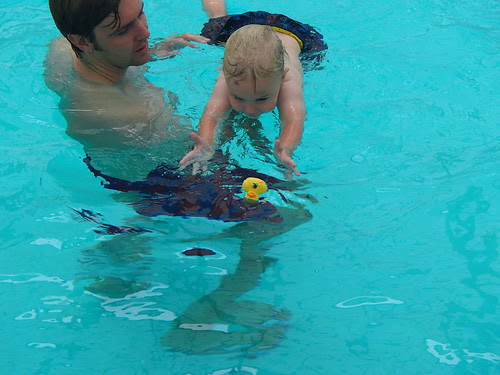 it's important to move up in life.  Staying in the same place means no improvement.  And the same holds true for recipes.  Most of us have favorite dishes that find their way not our tables again and again.  And there's nothing wrong with that. But sometimes it only takes a little change to bring it too whole 'nothin level.  Like the Artichoke Crusted Chicken I made a while back. So easy, so cheesy, so delicious. But add a little spinach to it and voila, it's like an entirely new dish! 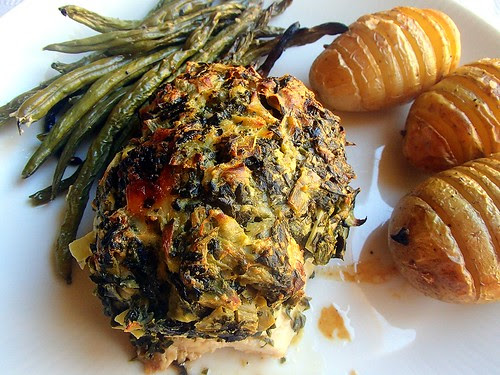