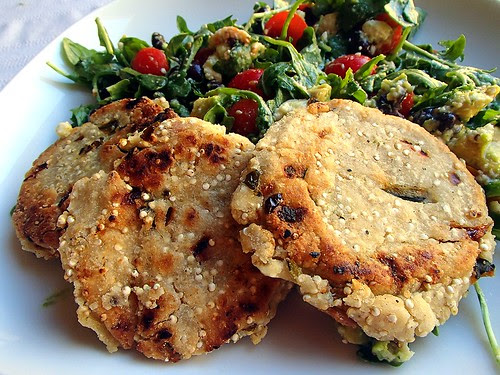 As we drove into the park, it was hard not to notice that it has been a dry summer.  Last time we came to Yosemite was February.  We stayed at the Yosemite Lodge and this was our view: 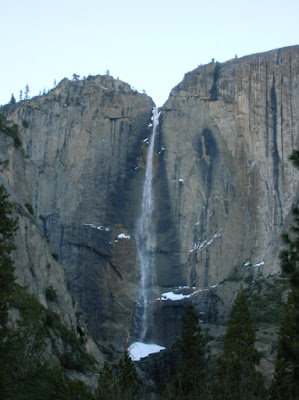 This time we again stayed at the Yosemite Lodge.  But the view?  Not Yosemite Falls.  Yosemite Falls was dry.  Not even a trickle of water.  It was a little disappointing.  So when TBIL suggested we spend our first day on "The Mist Trail" hiking to Vernal Falls, which was supposed to still be flowing, I seconded his suggestion. 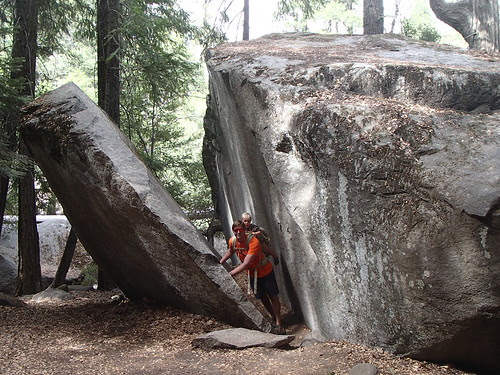 With Thatbaby strapped into his trusty carrier, we were off. 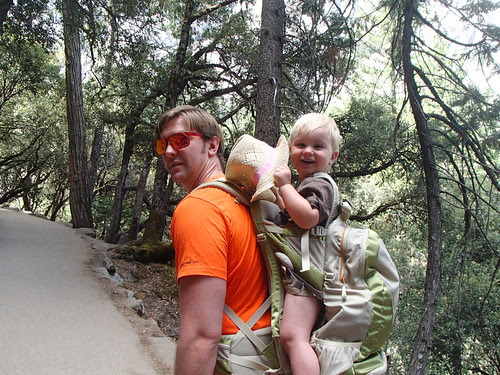 But it didn't take long for our group to break into two.  TBIL, Thatniece and Thatnephew took off ahead of us, while Thatboy, TSIL, and I stuck behind with TMIL. 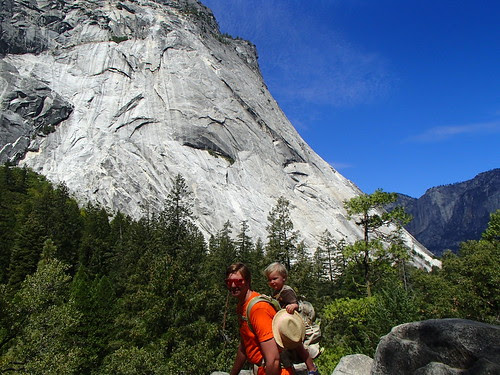 At one point they stopped for us to catch up, and let us know they decided to go on a longer hike up to Nevada Falls and they'd meet us back at the lodge.  The hike was talking a bit out of TMIL, so when we reached the bridge below the falls, TMIL and TSIL decided to wait for us there and not make the treacherous hike up the stairs. 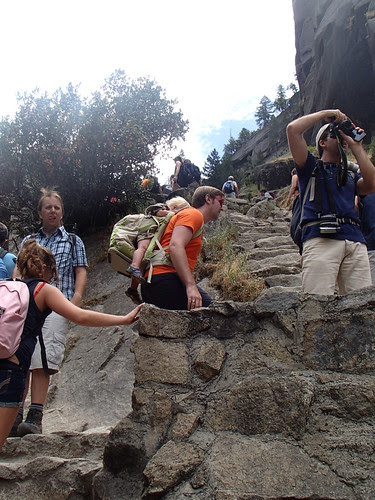 Because those stairs?  They were thin, steep, rickety, and crumbly. 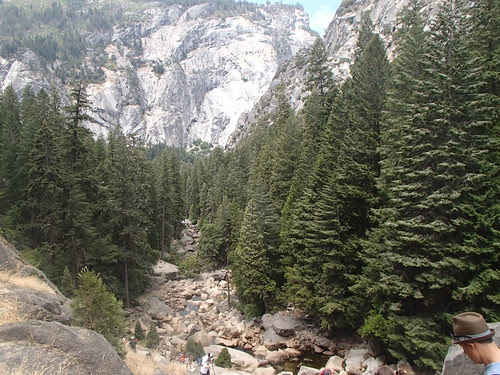 And there were a lot of them. 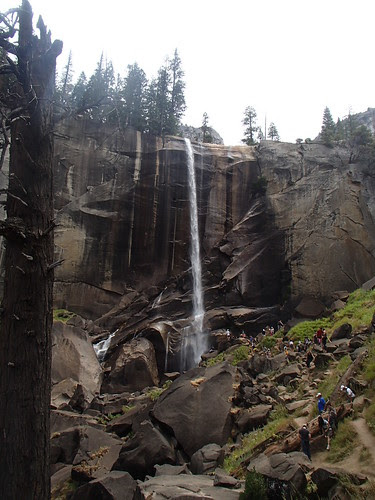 But the view was worth it....well, for most of us. 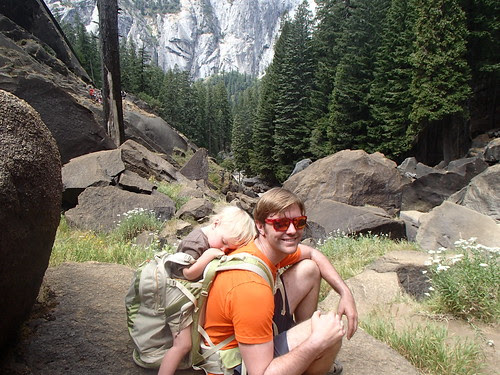 Thatbaby fell asleep right before we started up the steps, and stayed asleep the whole way back down.  Which probably made it a little easier for Thatboy to scramble around with his footing.  And we took plenty of pictures to show him what he missed. 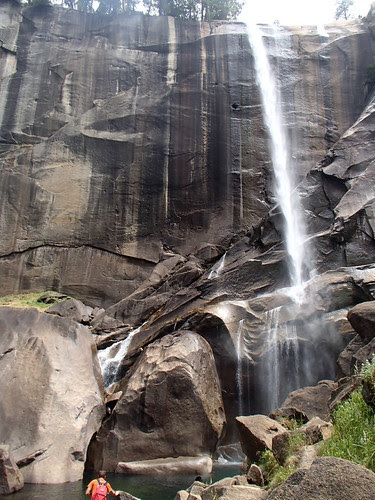 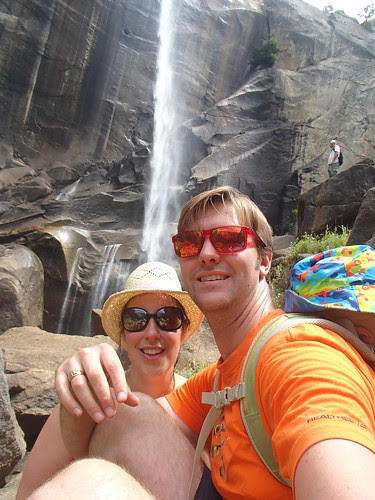 Thatbaby woke up right as we finished lunch and then he happily munched on a granola bar for the remainder of the hike back.  During which time he decided he'd had enough of the backpack and wanted a more scenic way of travel. 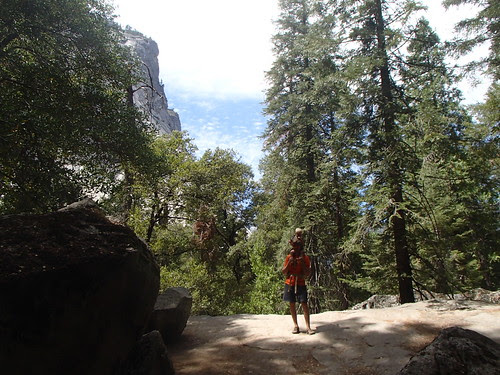 Our first night in Yosemite we ate at the lodge and I ordered a Southwestern Cobb salad.  I was unimpressed.  To be fair, the previous week I had a phenomenal Southwestern salad, which makes it hard on lesser quality salads.  This is one I marked as soon as I saw it on Joanne's blog.  It originally caught my eye because of the sopes - one of Thatbaby's favorite foods.  I usually use them as a base for meats (carnitas, carne asada, etc.) but this was a vegetarian version.  A vegetarian version featuring quinoa, I loved this idea.  Joanne served her sopes atop a salad with black beans and avocado - two more of Thatbaby's favorite things.  Which made this an all around winner in my family.

Joanne had some issues getting the sopes dough to be, well dough-like.  Based on my previous sopes experience, I cut the water in half, which gave me a nice, pliable dough and not a batter. 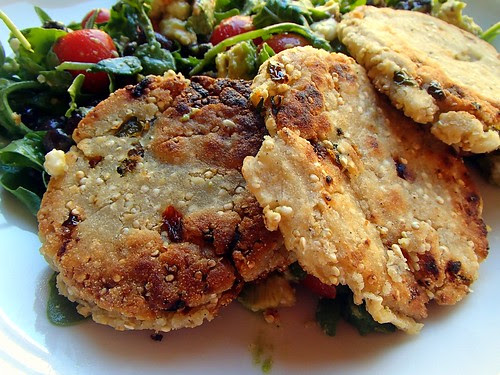 Poblano Sopes with Avocado Salad (From Joanne Eats Well With Others)