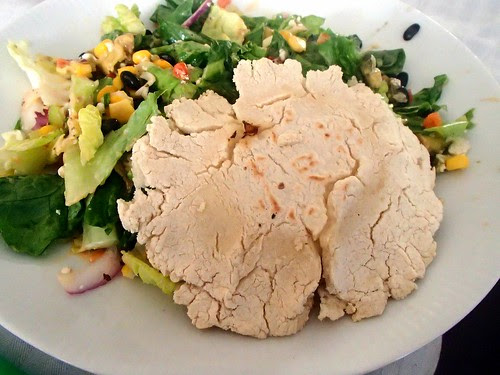 I have detailed our numerous attempts to recreate that first drive-in experience we had here in San Diego.  The one where Thatbaby magically slept through 2 movies, while Thatboy and I got to enjoy a date night.

All week I've been super stressed about getting an opposition to a motion out.  Mostly because every time I'd try to work on it my boss would either ask: "Why are you working on that?  I thought it was straightforward." "How come you're still working on that?" or, my favorite, ask me into his office to talk about one of our other cases.

Weeks like that are exhausting for me.  I hate being torn between being told not to work on something and being asked why I'm not working on something.  So as soon as the motion was done on Friday I texted Thatboy to see if he was up for a drive-in night.

Once more into the breach, dear friends, once more.

We headed out to see a double feature of "We're The Millers" and "The Wolverine,"  expecting that the little guy would be up during some point, and hoping it was during the first movie which promised less slashing.

But You Guys - he slept!  The entire time.  Fell asleep in the car on the way to the drive-in.  Stayed asleep as we drove through the Sonic drive thru to get drinks for the movie.  And even though he woke up during the movie, all he did was look around and go right back to sleep!

Not as successful was my pupusa attempt for our dinner.  When I posted my black bean pie I described it as a twist on a quesadilla.  This is another twist.  A pupusa is basically a stuffed tortilla.  A stuffed, homemade tortilla!  But I alluded to the fact mine were not altogether successful.  I had some issues with the dough - it was too thick and dry.  The thinner you can get this, the better.  Nevertheless, like many other things in life, the fact that the dough was difficult to work with and a little thick didn't change the fact that these were a big hit.  Thatbaby loved these.  He liked being able to hold them easily, something not so easy with quesadillas.  And he liked the fact they were filled with cheese.  Thatboy had two of them!  A salad makes the perfect pairing with these for a nice meal. 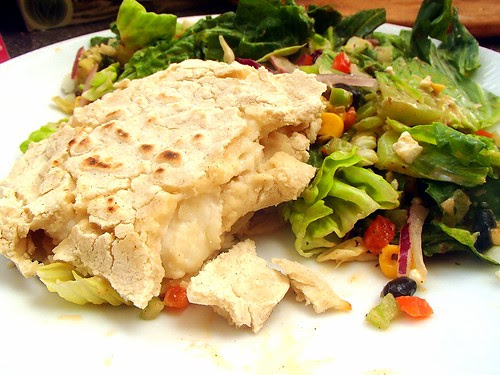