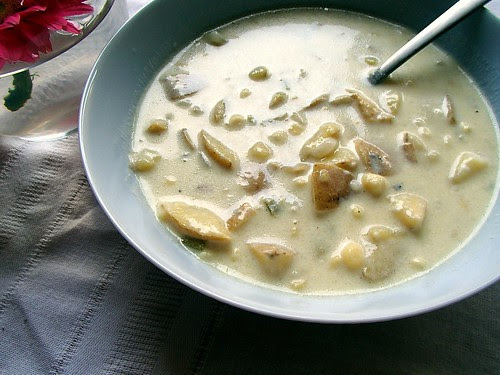 For most of you, the thought of soup at this time of year seems crazy.  For Southern Californians, who are able to grill in November, there's a tacit understanding that the trade off for that is cold days in summer. Last week was one of those "are you sure it's summer?" weeks.

Which is really the perfect time for soup. But even in soup weather, it's hard to do something heavy and winters in July, so I like to stick with summer soups.  What's a summer soup? Soups that use some of summer's best produce- like sweet summer corn.  For some reason corn chowder always feels so summery to me and I think this is especially true  when you forgo the frozen kernels for something straight off the cobb. 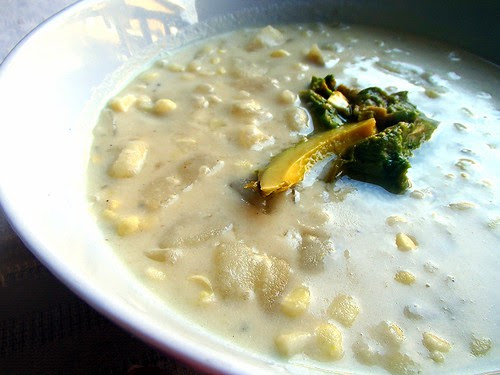