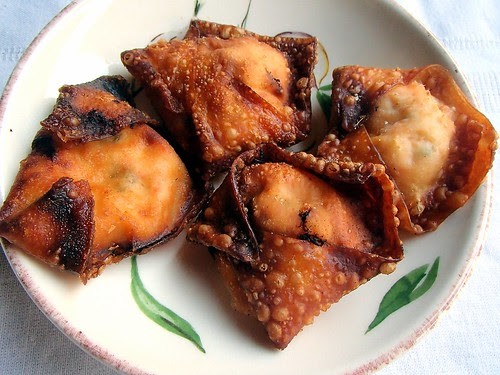 One of the benefits of being members of the San Diego Model Railroad Museum is access to their special "Family Days." Last Saturday was their "Circus Family Day" and we ventured to check It out. 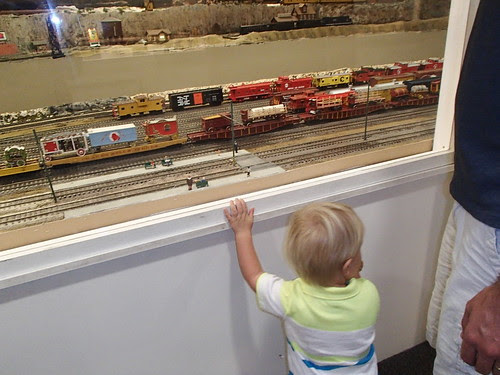 There is no such thing as a bad day at the train museum for Thatbaby.  He loves watching the trains, pointing out the tunnels, the buses, the fire trucks. 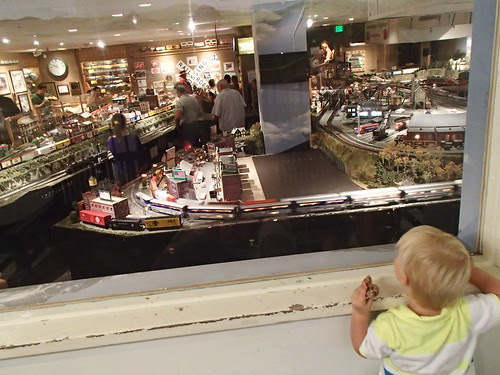 And the museum is small enough that we're more than happy to let him run around the entire thing, again and again. 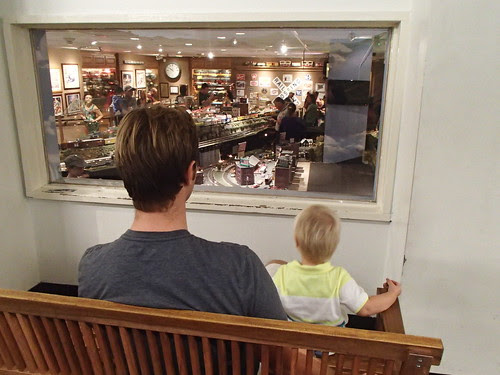 I was a little disappointed in the Circus aspect of the day.  The only thing circus about it were performances by some kids from a local camp that does circus/acrobatic classes.  Not that the kids weren't talented, they were.  There were mini-airealists: 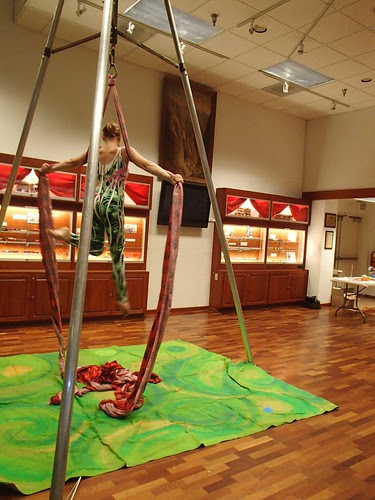 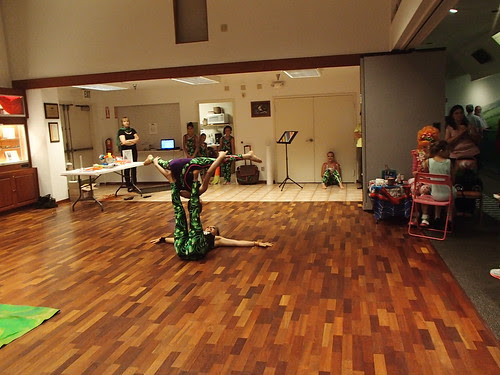 And stilt walkers wandering the museum. 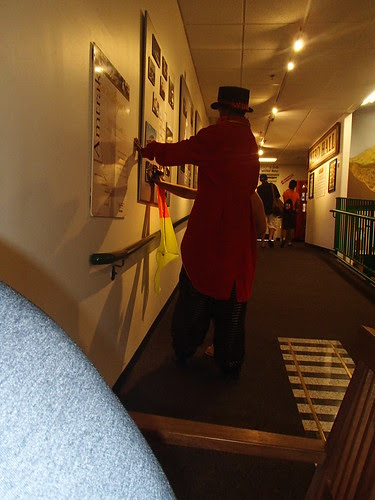 But really, I was expecting more.  On the plus side, The Juris family met up with us and Thatbaby had a grand time taking Jurisbaby around the museum. 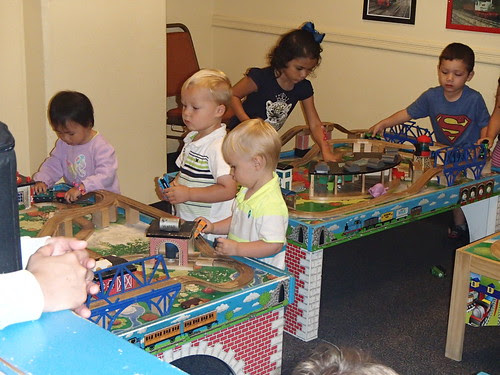 With a nice, long stop in the train table room. 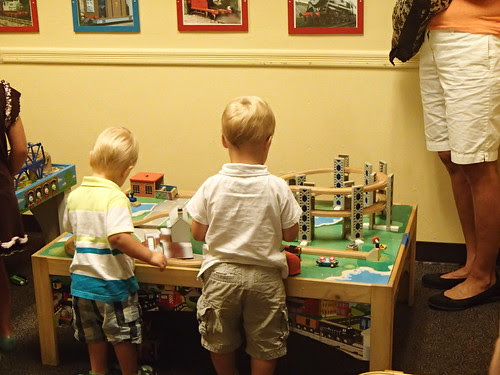 I was so proud of both our boys, playing so nicely and sharing with the other kids.  Thatbaby didn't even want to leave.  But all good things must come to an end. 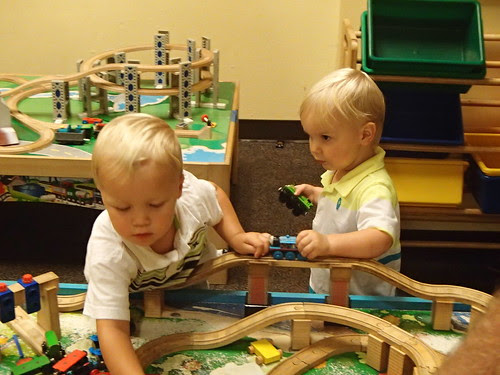 We came home and Thatbaby settled in for a nap while I worked on dinner.  Wontons are a weekend food for me because they're so time consuming.  But I love the snacky aspect of them.  And I wanted to make some crab wontons before the sweet summer crab was gone.  Crab Wontons.  The quintessential non-kosher food.  But they are absolutely fabulous.  And so easy to munch! 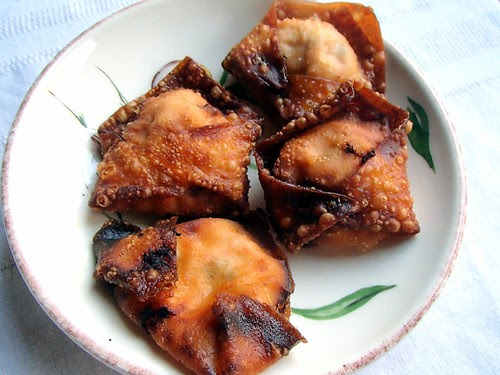