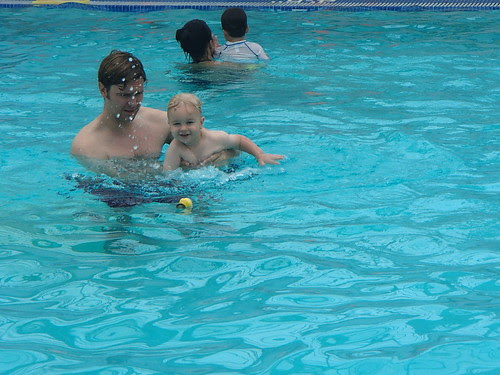 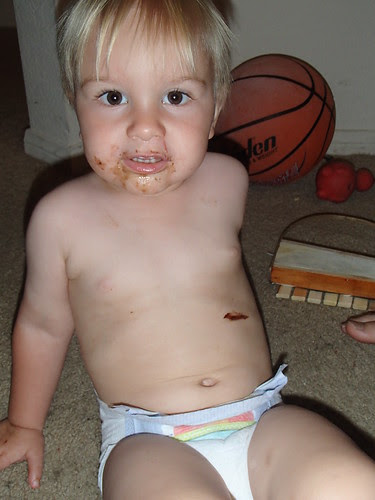 Sleep: Normally these posts are aimed at moms with younger kids, but if anyone reading this has older ones, we're having big time sleep issues here.  Since we got back from Yosemite, Thatbaby has been having some bad nights.  Bad being relative, but more nights than not he wakes up crying in the middle of the night.  I think he's having a bad dream, since oftentimes he's crying before he wakes up, saying things like "stop" and "no wannie."  Thatboy thinks he's having growing pains because he hears him saying "Ow."  At any rate, once he's up, he has a very hard time getting back to sleep, as opposed to his usual restlessness when he wakes, flips over, and puts himself back to sleep.  It's honestly heartbreaking to hear how upset he gets, crying for his pillow, tossing and turning, and so on.

Eating: Eating is pretty much the same here.  In big news, Thatbaby ate lettuce this month!  Which is the first time he's done that in ages.  Lots of fruit, as usual.

Best Moment: So many fun ones this month.  Thatbaby's counting and swimming underwater are my big "proud mommy" moments this month. 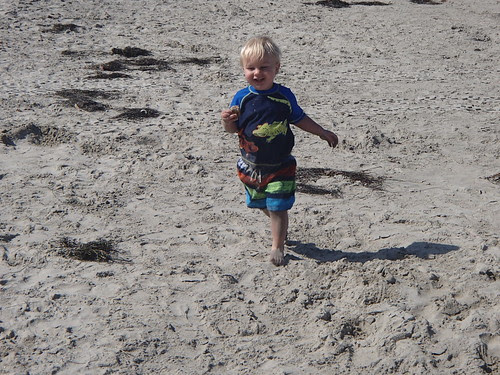 Monthly Wisdom:  Jusrisslave and I were talking about the best way to entertain our sons and we noted that it's so much easier to have them out of the house on the weekends.  For some reason, being at home drives them stir crazy, and it's not like you're going to get anything done while they're home with you.  So we spend a lot of time not at home on the weekends.  (Of course this means things don't get done at home on the weekends and Thatboy and I are just as exhausted on Mondays as we are on Fridays.)

Goals for the Upcoming Month:
- Figure out what we're going to do about preschool.
- Toddler + High Holidays.  Should be interesting.

Things Thatbaby is doing:
-  Thatbaby can count! 1, 2, 3.  Of course, it doesn't matter how many things there actually are.  He counts them as 1, 2, 3.  And he counts all the time - when he wants to jump off the curb, when he wants us to hold something, before he jumps in the pool.  We also can now count to him to get him to do something "get in your carseat before I get to 3."
- Underwater swimming!  More on that tomorrow.
- I think he has wheels on the bus going through his head all the time.  Out of nowhere he'll often pop up with "round and round" or "people up and down" like he's been singing to himself.
- He insists on going down the stairs all by himself.
- He can cross over the play structure all by himself.  I know this sounds weird, but I can't describe it and I don't trust him to do it without me nearby, so no pictures.  But basically it's like a ladder that goes across instead of up and down, but it's curved.
- He is constantly asking us "what doing?"
- He has officially grown out of soft-soled shoes!  Since he no longer fits in 18-24 month shoes, we've moved him into hard soles.
- He gives and asks for kisses
- Pushing and hitting at daycare (hey, they can't all be good things, right?)
- Building like crazy.  He is creating towers and all sorts of objects at daycare. 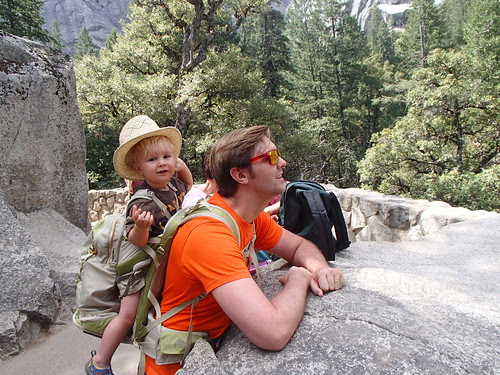