If you've ever been married, you'll know that it's a racket.  Everything related to a wedding costs way more than if it weren't for a wedding.  Like flowers.  You can get a bouquet of flowers to bring to a party for fairly cheap, but need a bouquet for a wedding?  The price goes up exponentially.

Things dealing with babies are similar.  Babies are expensive!  And they're really not babies for very long.  So I thought it might be helpful, as we near 2 years, to share those items we're still using on a regular basis.  So you have an idea of the things that you may want to splurge on since they have a relatively long shelf-life. 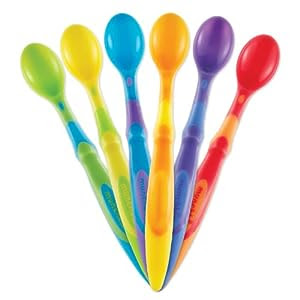 These first two are by Thatbaby's choice.  We actually are more than happy to give him real tableware at this point in time, and he eats off a regular plate, with a regular fork, but anything eaten with a bowl or spoon he requests a "blue bowl" or "orange bowl" and a "green spoon,"  "purple spoon" or "yellow spoon." 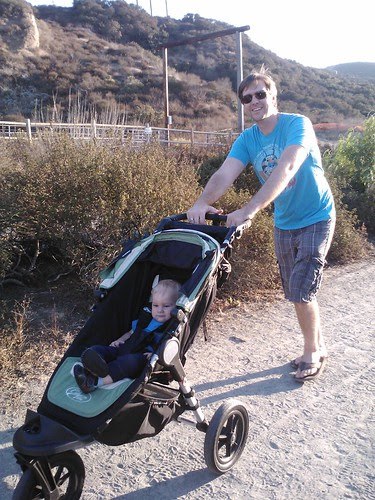 We don't use this every day.  In fact, Thatboy took it out of my car at the end of August and we haven't used it since that time, but we do still use it from time to time.  Like when we're going for a walk on the neighborhood trail. 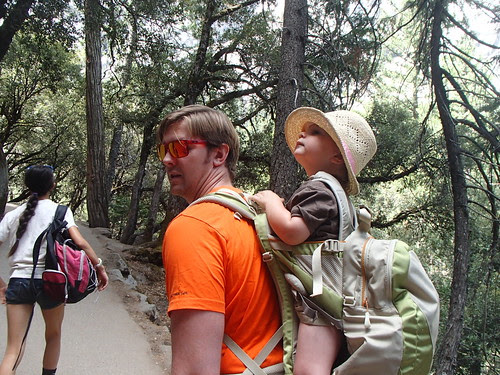 Probably the reason we don't use the stroller so much.  It's still easier to pack a carrier.  And they're incredibly useful for having a free hand.  I'm sure one day he'll outgrow these, but so far, they've been worth every penny. 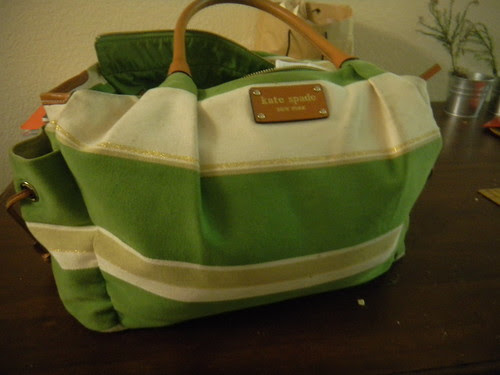 It's not loaded as much as it once was, but I still bring my diaper bag everywhere.  As I once mentioned, it's really just a big purse so it's helpful for carrying my life around. 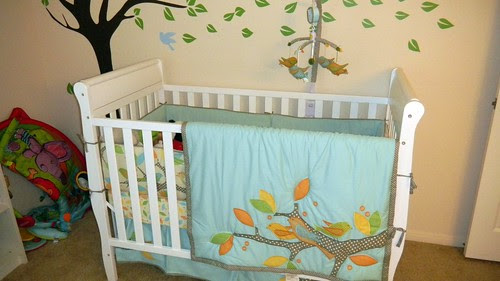 Yup.  Thatbaby is still in the crib.  And he will be for as long as we can keep him there.  We're not anxious to move him into a toddler bed - one without rails to keep him in.  He hasn't shown any interest in climbing out, and until he does, we'll be keeping him in little safe haven. 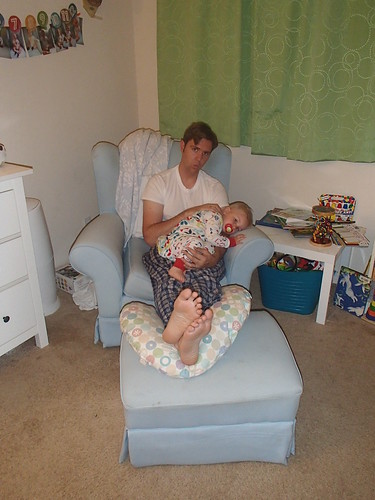 This was our biggest splurge when I was pregnant.  And I have never regretted the purchase for even a second. Even now, it's our bedtime chair.  Thatbaby gets his story in it every night  And during the day he will also climb in and ask for a story. He loves to jump from chair to glider and rock himself too.  I foresee this being one of the best baby investments we've made. 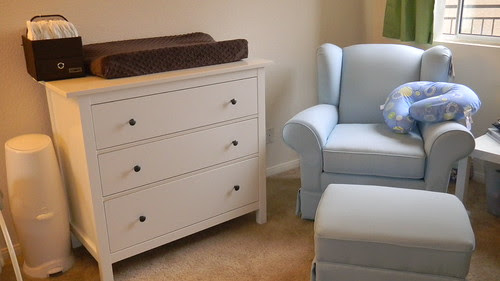 At a certain age, a lot of people stop using the changing pad.  They just use the floor, the couch, any flat surface.  Daycare has been changing the kids standing up for 6 months now.  But I still love my changer.  Mostly because Thatbaby can't crawl away when he's on it the way he tries when we use the floor or bed.  And I'm not adept at getting him clean with wiping while standing up - I use a lot more wipes. 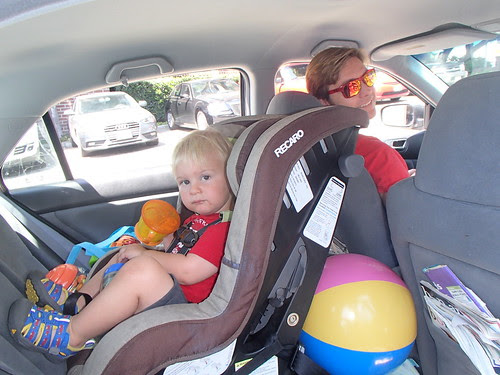 This is kind of a no-brainer, we'll be using a car seat for a long time to come.  And given that Thatbaby isn't breaking any records with weight or height, he'll probably be rearfacing in the Recaro for a while.

This one was actually surprising to me.  I thought Thatbaby would have outgrown this by now, but 2 years later and it's still great for a travel bed.  Folds up easily, assembles quickly, and he still fits!
Posted by That Girl at 1:51 AM