Adventures with Grandma: Macaroni and Shrimp 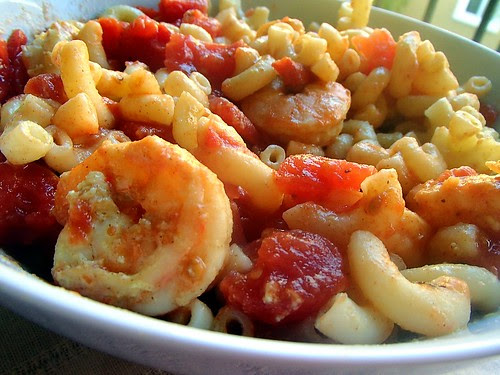 TMIL is visiting for the week, in honor of Thatbaby's birthday.  During the week, Thatboy and I are both working during the day, which means we wanted to make sure she had plenty to keep her busy over the weekend!

So Saturday we dragged her to Thatbaby's favorite place - Legoland. 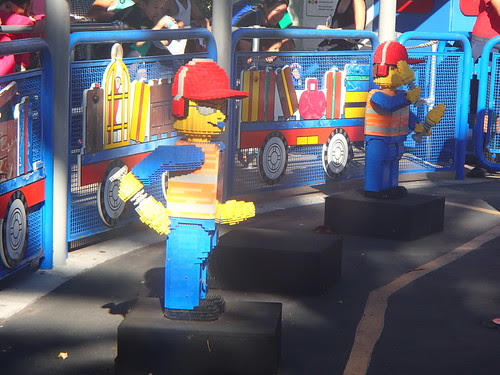 He regaled her with tales of the "choo choo train" over and over on our way there.  Obviously he was setting her up for his favorite part of the park.  The neat thing is, that since we were last at Legoland, Thatbaby has grown and is now tall enough to ride more than just the choo choo train!  Like the boats. 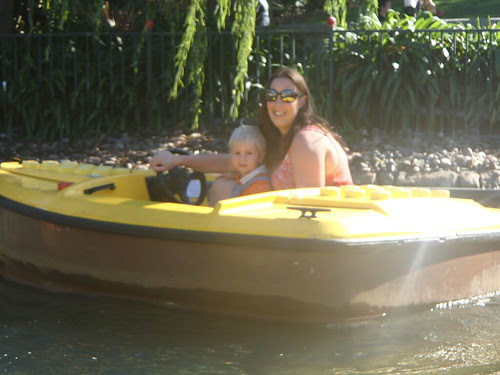 Thatbaby attempted to steer his own boat, but he doesn't have the skill down quite yet, so I had to help him. 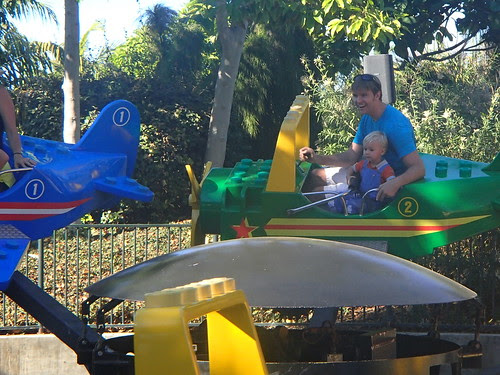 I think his favorite ride of the day was the airplanes.  And I say this because it was the only ride that he cried when it ended and wanted to go again. 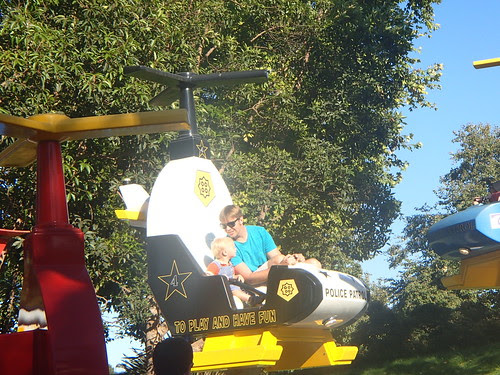 He was a little more wary of the helicopter ride.  The going up and down can be scary!  Did you notice he picked the police helicopter?  That's for you Mr. L&O! 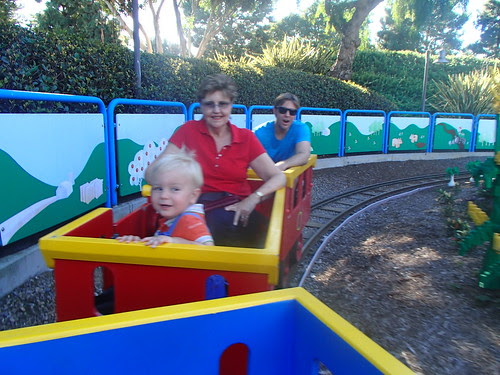 And of course, he couldn't leave without riding his old favorites!  The choo choo train... 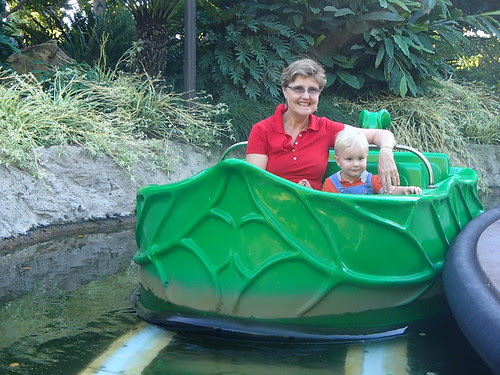 And the Storybook boats.  He enjoyed pointing out all the animals and people to Grandma.

A lot of my life ends up going without plans.  Like our trip to Legoland.  I neglected to check and see what time the park was open until.  And so we headed there after nap.  Not realizing they closed at 5.  My lack of planning meant we ended up eating out for dinner.

This meal was another unplanned or accidental discovery.  I meant to make shrimp with penne, but dumped a box of elbow macaroni in the boiling water instead.  I decided to go with the mistake, but wanted to change it up from what I had planned.  So I grabbed some aioli I had in the fridge and used it to marinate and cook the shrimp.  It makes a great and easy sauce. Toss in some tomatoes for color an you have a great mistake meal. 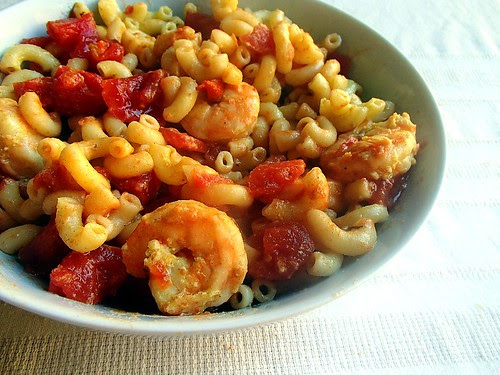