When Thatbaby woke up, he was amazed by the balloons.  It was paradise. 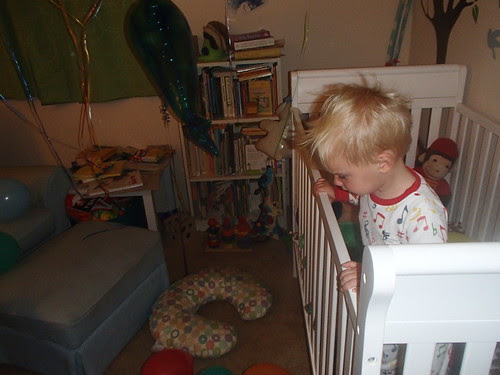 He wanted to hold ALL.THE.BALLOONS! 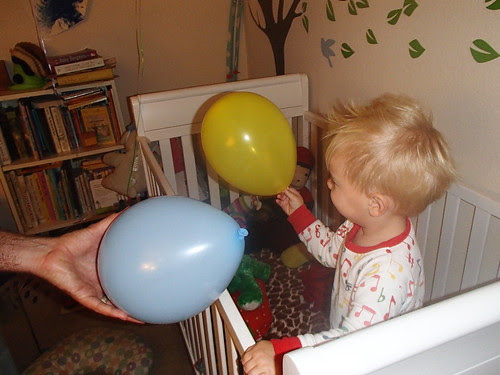 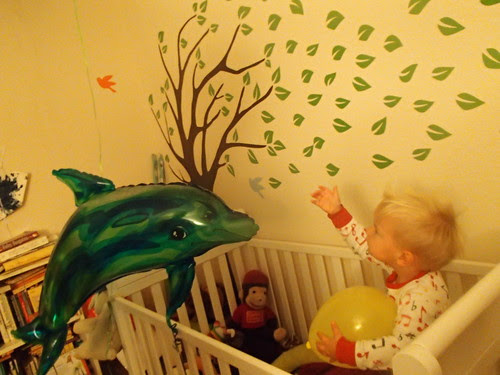 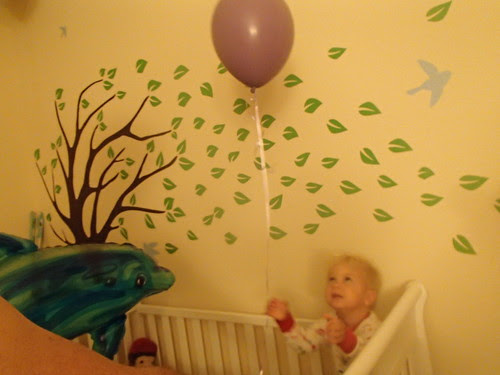 Eventually we got him interested in his real birthday present - as long as he could take the balloons with him. 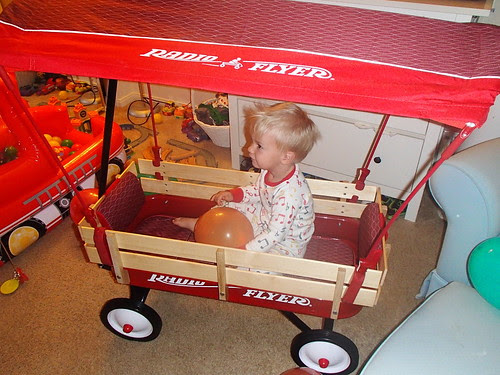 We sang "Happy Birthday" for the first of many many times that day.  The theme of today would be "More Happy Birthday Please." 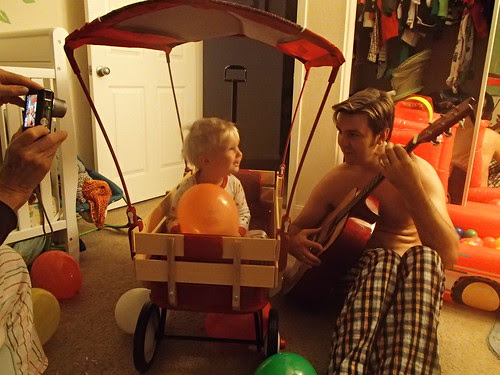 We all got ready for work and school and I dropped Thatbaby off for a fun-filled school day.  I heard there was more singing while he was there.  I picked him up early so we could do his 2 year doctor's appointment, which Thatboy had scheduled for his actual birthday.  When I arrived he was regaling in the piece of birthday cake I had packed for him.

We headed off to the doctor and it was an uneventful visit.  Thatbaby is growing and reaching all the appropriate milestones.  And is apparently a little advanced in the verbal skills.  I guess the appropriate response when asked  "how is he developing verbally?" isn't usually met with "this kid never stops talking."  (On that note, I can't say enough fabulous things about my doctor, who is quick to point out there is such a wide range of "normal."  According to him "At 2, some kids are just beginning to get words, others are stringing them into short phrases, and some are going for longer phrases.")

Only one shot at this appointment - his flu vaccine!  He didn't like the shot very much, but as promised, it was over quickly.  So were the tears.  And then he got to pick a toy from the treasure chest!  After much deliberation, he decided on a little plastic motorcycle.

We came home and he played with balloons while I made his birthday dinner - Pizza!  Aaaand he hardly took 2 bites.  You may wonder what would keep a two year old from pizza?  Well, his silly parents let him open his birthday presents before dinner.  So there was a lot more of this: 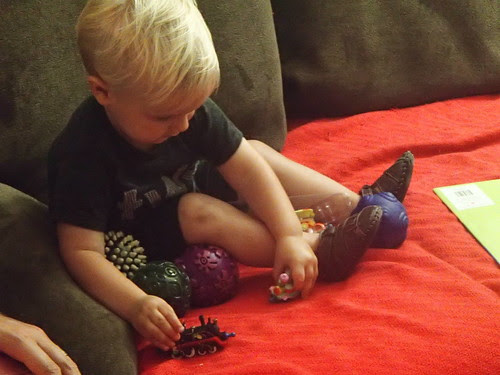 Even though he didn't do a great job with dinner, he still got his super special birthday treat - ice cream! 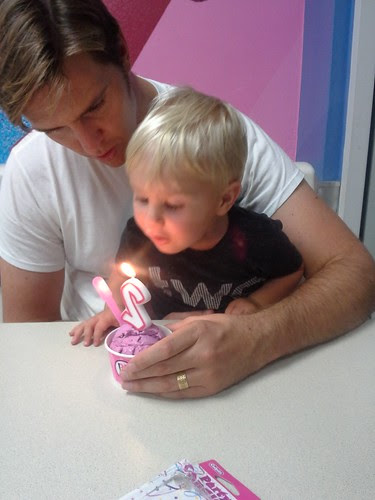 Thatbaby rarely gets ice cream.  And when he does, he usually shares mine.  This was the first time he got his own ice cream, which means it was the first time he got to pick out his own flavor.  The entire way to the store he kept talking about his "blue ice cream" (which is what he asks for all the time).  However, once he saw the flavors, it was as though a light went off in his little brain - THEY MAKE PURPLE ICE CREAM?  He was beside himself.  So purple ice cream it was.  With a candle for good measure.  And of course, a couple more rounds of "Happy Birthday."

When we got home, he was washed and out like a light.  After all, it was a pretty big day for a little guy.  Even one who is starting to be a big boy!

Labels: Birthdays are for girls, Thatbaby