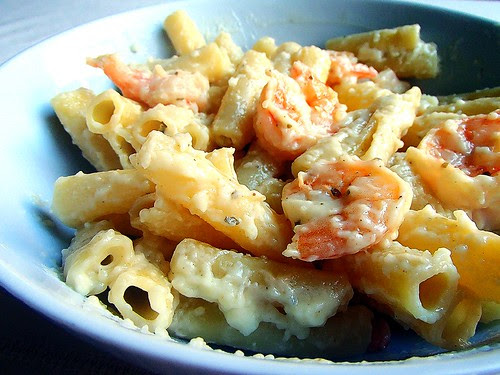 I know I've said it before, but I love Thatbaby's daycare.  Not just for the center itself, but also because the friends he's made there are amazing.    I've also mentioned that a lot of his classmates are also October babies.  Which means this month is a month of transitions.  They're aging out of their class.  Technically they can stay till 2.5, but since there's only 5 of them, we're moving them all by the end of the month.  Thatbaby is moving on to preschool with 2 of his besties on November 1.  But 2 others headed to their new school the first week of October.

One of those friends, I'll call him Little Parrot since he loves repeating what I say (he's incredibly verbally advanced), was especially close with Thatbaby.  He took it pretty hard when Little Parrot moved schools, and asks about him on a regular basis.  We've been lucky with the birthdays this month because last week Thatbaby got to see Little Parrot at his party.  This week he got to go to Little Parrot's birthday party! 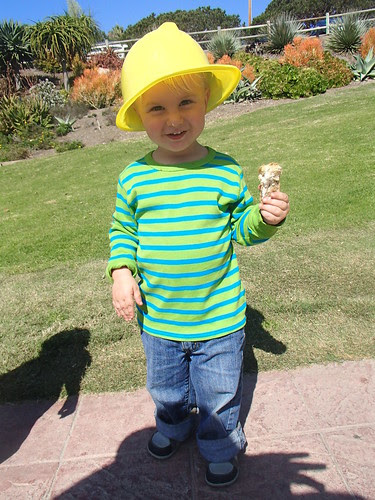 Little Parrot loves trucks and tractors, so that was the theme of this party. 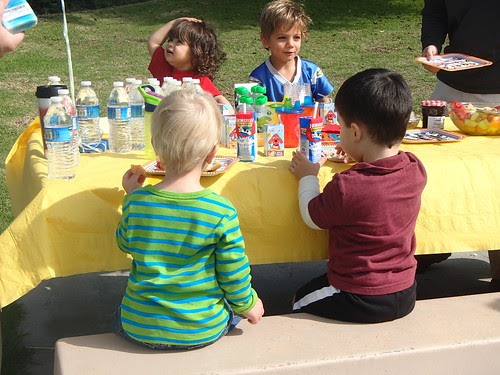 Thatbaby was so happy to see his friends again.  Anything Little Parrot did, Thatbaby wanted to do too.  Before too long they were joined by Thatbaby's cohort in crime.  He's part of a trio at school I've started comparing to the A-Team.  This little guy is the B.A. Baracus of the group.  The muscle. 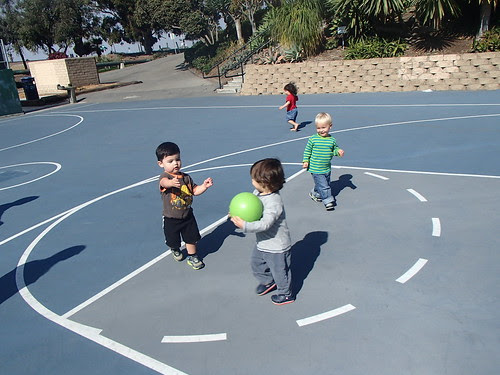 Little Parrot, BA, and Thatbaby had a ton of fun running around throwing and kicking the ball. Little Parrot isn't a fan of the swings. But Thatbaby and BA are! 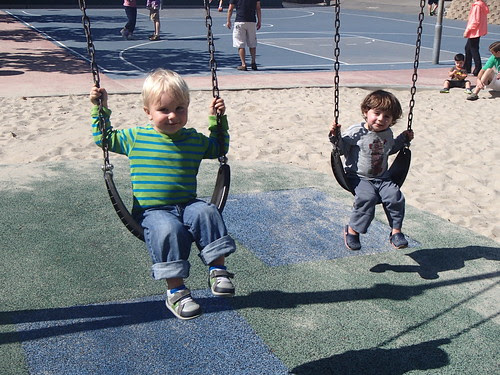 Eventually all that running around mean the boys had to sit and take a screaming break.  Seriously, it is so much fun to watch the kids hang out.  They adore each other so much. 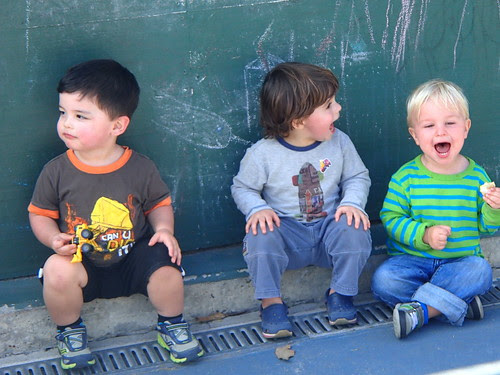 Of course, it's not a party without cake!  And tractors. 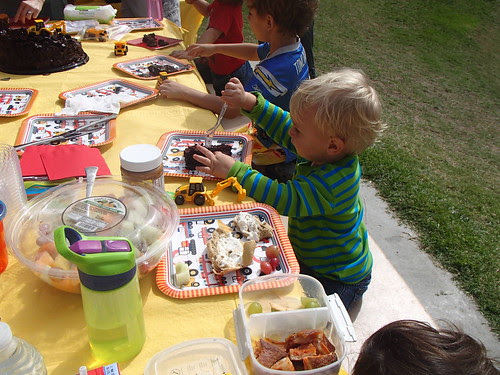 And our little guy passed out almost as soon as we got him into the car.  We're going to really work to make sure Thatbaby doesn't lose touch with Little Parrot now that they're not at the same school.  It'd be a shame to lose such a great bestie.

Right now, Thatbaby's other bestie is pasta.  He asks for it almost daily.  In fact, when I was making shrimp for dinner, I asked for his suggestion on a side.  One guess what he suggested.  I had already marinated the shrimp in a tequila lime sauce, which doesn't exactly scream "pasta."  But I've made chicken in a tequila lime cream sauce before, and thought it would work well with this dish too.  Thatboy really enjoyed it.  He liked the fact that it was both sweet and tangy.  He felt like the dish was buttery and comforting.  It was a resounding success. 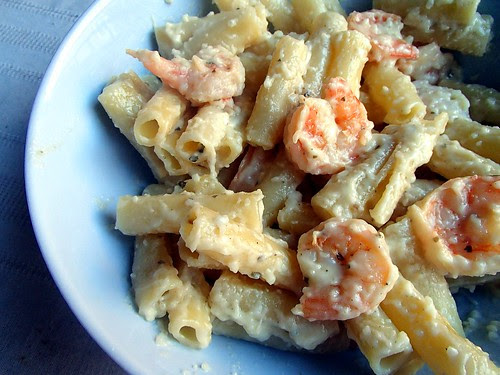