Picnic In The Park: Spicy Taco Meatballs with Cheddar Mashed Potatoes and Avocado 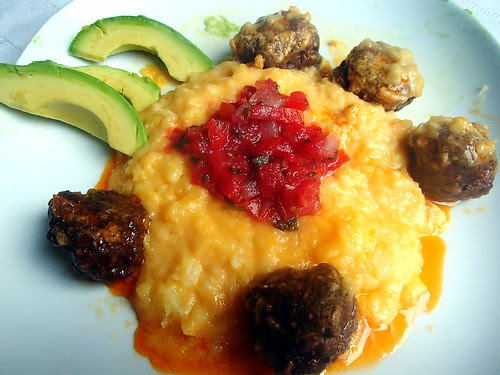 Mertile and I have been trying to get together all summer.  But between our two schedules, it just wasn't happening.  And then of course, it wasn't summer anymore.

Undeterred by the cooler weather and the early sunsets, we made plans to meet up at a park for a picnic.  We got there first, and set up. 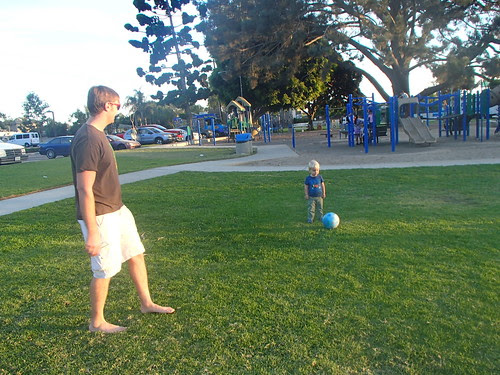 And then the rest of the crew showed up and we spread out our food, and got to munching and talking. Picnics are a fabulous way to catch up.  Especially ones beside playgrounds.

Except this one, where the playground was some sort of death trap.  Thatbaby and I have the scabs to prove it!  So us parents did a lot more running around with the munchkins than talking.

And then it got dark.  Luckily dark meant the kids weren't able to play on the playground, and instead played some sort of game that involved catch and throwing (and searching) for balls in the dark.  And this gave us time to sit around and chat.

Picnic dinners are some of my most favorite.  It makes simple meals like sandwiches and pretzels taste better.  It's fun when something little can make such a difference.

Such was my though about this next entry.  Two simple meal ideas - meatballs and mashed potatoes.  Two little additions - taco seasoning and cheddar.  The result is something that is definitely not ordinary. 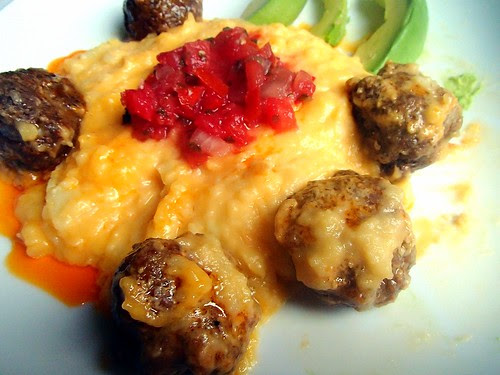