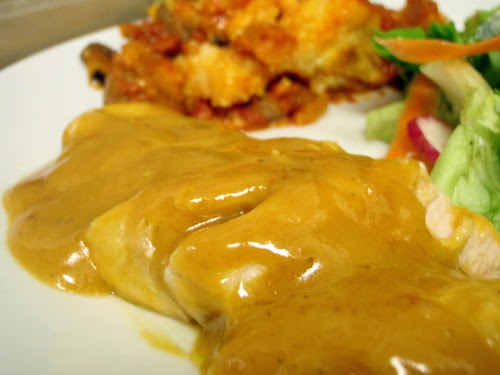 Growing up, we never had ranch dressing in the house. Lots of vinaigrettes, some lowfat/nofat Caesar, and sometimes blue cheese, but not ranch.

When I got to college, it was like a whole world opened up to me. I know, it sounds silly to rave about a dressing, but that's what it felt like. I think it began with french fries. Have you dipped french fries in ranch? It's almost as delicious as dipping them in soft serve - another trick I picked up in college.

And then of course, came the discovery of ranch and bbq sauce. Used to top several salads in the area, it wasn't long before we began doing it ourselves at the cafeteria dining hall.

And from salads it was easy to transition to bbq ranch chicken pizza, or even just bbq ranch chicken on its own. But I'm a grownup, and it's time to branch out a little from bbq and ranch. So I veered to ranch's natural buddy in the "dipping" department - honey mustard.

Honey mustard and ranch, why have I never thought of this before? They natural complement each other in the same way that bbq sauce works. Both add a sweetness to the tangy ranch like they were meant to be together. You do know I love contrast, right? 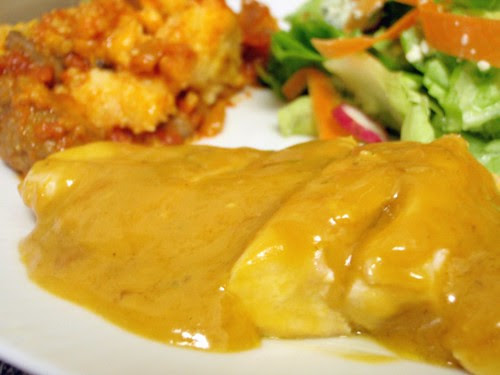 1. Mix dressing and honey mustard.
2. Heat oil in pan. Saute chicken about 5 minutes per side, until browned.
3. Stir in the ranch/mustard mix. Cook an additional 3 minutes until the sauce is warmed through.
Posted by That Girl at 8:19 PM