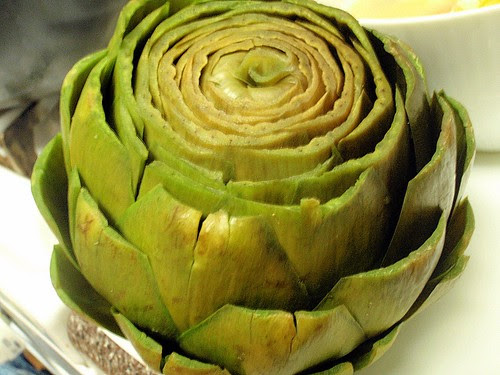 I'm going to assume that most of you never went to Jewish Summer Camp.

Which means I'm going to assume that most of you have no idea what the title of the post refers to.

And the three of you who get it are rolling around your room right now all "woooaahhh shocolad banana"ing just as fast as you can.


A little intro for the unfamiliar. The song consists of 4 verses:

The goal of the song is to repeat it over and over again, getting faster each time. (Because every good camp song involves repetition). Eventually you can't make out any of the words because they're just a buzz of syllables. Inevitably there are crazy hip and arm movements that get thrown in, for good times. It's a sure fire kid pleaser.

I always liked it because although I have NO idea what the words actually mean, to me they always represented food. I mean, Banana and Limon are a given. Shocolad is clearly "chocolate" and Menta could only be "Mint." But where does that leave poor Artik? In my little head (and Thatboy is always pointing out how little my head is) Artik is Artik-choke. One of my all time favorite green vegetables.

We love artichokes so much, that when we got married, Thatboy and I registered for a pressure cooker - JUST for cooking artichokes. Artichokes may be a little time consuming, but they couldn't be easier to make. I think many people are intimidated by those sharp leaves, but they hide such goodness inside! And the hearts themselves don't require any work to get to the meat. A little tip I just learned recently - don't trim the stems!!!! Cook them with the 'chokes and then detach. They taste JUST like artichoke hearts and can be used in much the same fashion.

Thatboy likes them dipped in mayonnaise. I can't think of anything more disgusting. I'm a melted butter girl myself. But I don't think it's a secret that butter is one of my favorite guilty pleasures. 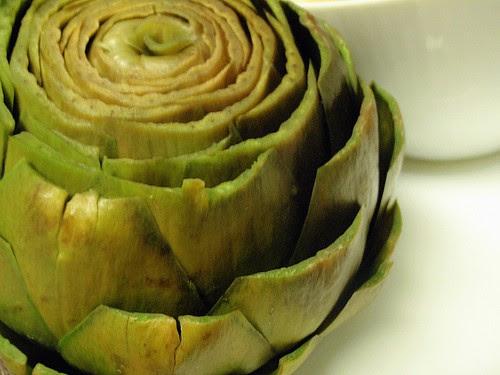 Artichokes
1. I told you not to trim the stems off, but you will want to cut off the leaves on the stem.
2. Remove the thick bottom leaves from the artichoke.
3. Slice off the top inch of the artichoke.
4. Use scissors to trim the pointy owie part off the rest of the leaves.
5. If you don't have a pressure cooker, boil the artichokes in a large pot for 40 minutes, or until the leaves come off easily. Drain upside down.
Posted by That Girl at 7:45 PM