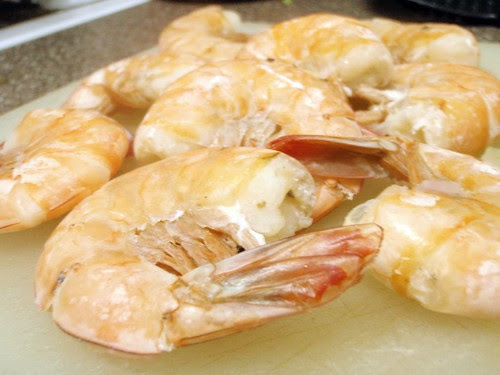 The past week and a half has been hard core "trial time" at my firm. I feel really thankful that I'm at a place where we're encouraged to head down to the court and watch a master in action. Because the trial attorney? Man he is GOOD. He is so good in fact, that we won our case today! The jury deliberated for an hour and came back with a unanimous vote in our favor. Which is very rare.

After the verdict came down, we closed up the office and headed out to celebrate with the client. Which is the best part about having a small office and winning a trial. So it was a late night at the bar. I was planning on just doing a quick blog write-up with another quick shrimp dish, but check it out - it's already become a full fledged story with picture. You lucky people you!!!!

For those of you who are bored by boiling shrimp in plain old water, this is a very easy twist. Basically you cook the shrimp in a shrimp broth. You can also save the broth and turn it into a sauce or a "fish stock." 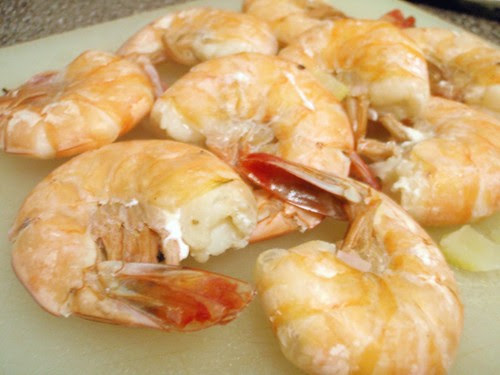 1. Melt the butter in a saucepan and cook carrots, celery, and onion for 3 minutes.
2. Add parsley, pepper, cloves, bay leaf, vinegar, salt, and 2 quarts of water. Bring to a boil.
3. Add the shrimp and cook for about 4 minutes. Drain, cool, and shell.
Posted by That Girl at 10:16 PM