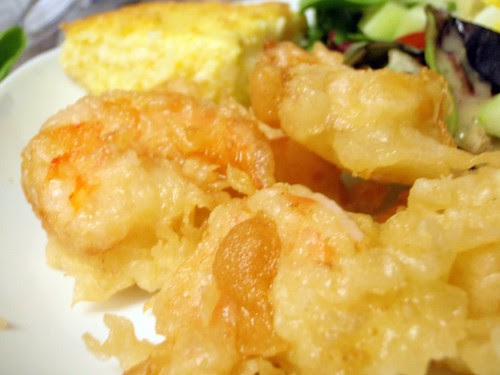 I'll admit it. Every now and then I get sucked in to television commercials. I don't mean the ones offering pet hair clean up, or egg separators, but the ones for the latest and greatest fast-food item.

The problem is, once one place comes up with an idea, every other fast food franchise comes up with something similar and so you get bombarded with the same idea over and over again.

Right now? Fried chicken. Everyone has a chicken sandwich right now, and they are also advertising their chicken tenders. And while normally I could give or take fried chicken, seeing it on television every 15 minutes and hearing it on every other commercial on the radio makes me think maybe perhaps fried chicken should be put on the menu.

But fried chicken can be a little tricky and time consuming. Definitely a weekend meal. On a weeknight like tonight, especially one in which I am running a gazillion errands after work, I need something quicker - but still fried, obviously.

Nothing cooks as quickly as shrimp, and even though some of you may be sick of shrimp recipes, I had to give in again. Because fried shrimp is JUST as good as fried chicken, and so much easier. 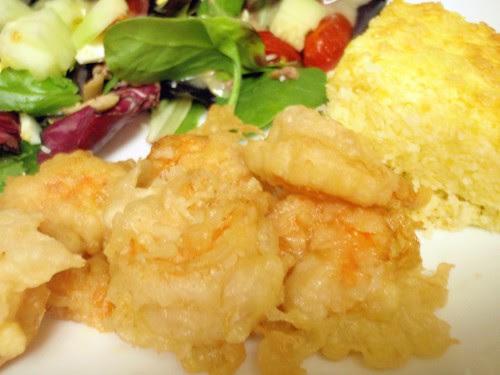 1. Combine flour, salt, egg white, sugar, 1 Tbsp canola oil and 1/2 cup ice water in a bowl.
2. Heat 3 inches of canola oil in heavy pot or skillet.
3. Dip each shrimp into the batter and drop into the hot oil. Fry for about 1 minute or until golden.
Posted by That Girl at 8:00 PM