A return to normal 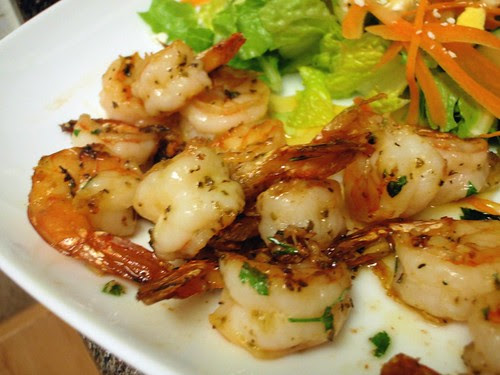 Did y'all have a wonderful Valentine's Day? We did here in Thathouse. I know many people write off going out to dinner for Valentine's Day, but it's a tradition here. Mostly because I cook almost every other night of the year. And we've never run into issues eating out. I've heard complaints about expensive fixed menus, poor service, awful food - but it all boils down to research.

Nine times out of ten Thatboy and I will venture to a place that doesn't accept reservations. Places people avoid because they fear they will never be sat (there's safety in reservations.) Thatboy and I were immediately sat last night. Otherwise, we make reservations well in advance, and make sure the place isn't doing a fixed menu. Eating out on Valentine's Day is like everything else - you have to set yourself up for success.

Now that Valentine's Day is over, we're back to our old traditions of quick weeknight dinners. Especially because there's another trial this week, throwing my office into all kinds of tizzy.

Which also means I'm using shrimp whenever I can, because those little suckers cook really quickly. We had Italian last night, and this little sucker loves the garlicky goodness of Italian food. So cooking the shrimp with garlic and olive oil just seemed like a really good decision. I served this shrimp with some leftover salad, but serving it over pasta or rice can help trap some of that delicious garlicky sauce. The same effect could be had by serving it over some warm crusty bread. 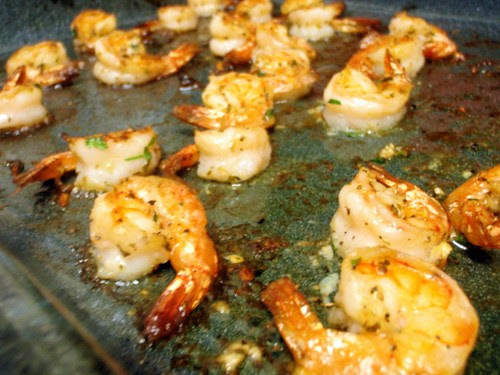 1. Remove shell from shrimp, leaving the tail on. Devein the shrimp.
2. Mix the olive oil, lemon, salt, pepper, garlic, oregano, and parsley in a large bowl.
3. Add the shrimp and marinate at least an hour.
4. Preheat the broiler. Place the shrimp in broiler pan with the marinade. Broil 3-4 minutes each side.
Posted by That Girl at 7:33 PM