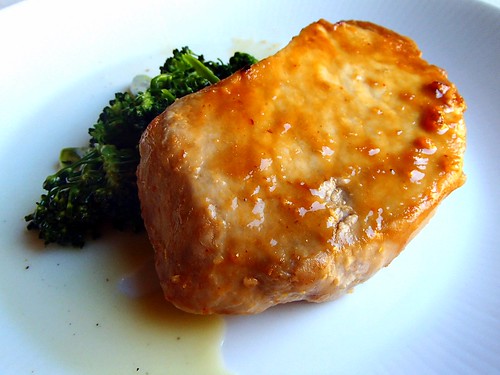 Now that we have one, we're spending a lot of time in the backyard.  It started innocently enough - our dining room table was covered with boxes, so we started eating outside.  Every meal.  We've since moved breakfast back inside, but weekend lunches and all dinners are outside.

Next we unpacked Thatbaby's wheels.  Which meant every free moment, he was asking us to go skate outside.  He skateboards daily.  It's kind of cute and he's made some real progress over the past few weeks.

I don't really mind spending so much time in the backyard.  It's nice back there - grass, cement, a pool.  And a giant orange tree.  I'm loving that most of all.  You're going to start seeing a lot more recipes involving oranges here, because it's just so easy to grab a couple and use them.  Like this pork dish.  Sure we've been doing a chipotle sauce around here for a while, but this is an orange chipotle sauce.  Which meant I got to go fruit picking while cooking.  I'm sure this would work well with other citrus too, especially meyer lemon, but using oranges has the bonus of giving it a nice sweetness which pairs well with the smokey chipotle.  Plus, we've got oranges.  Lots of oranges. 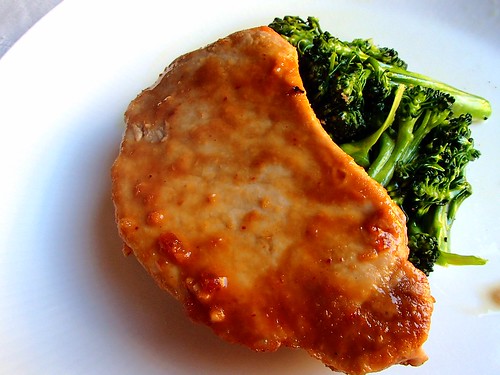