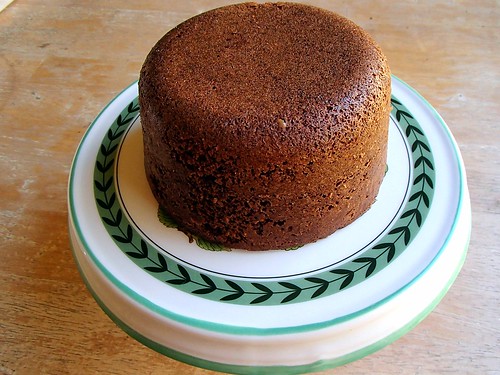 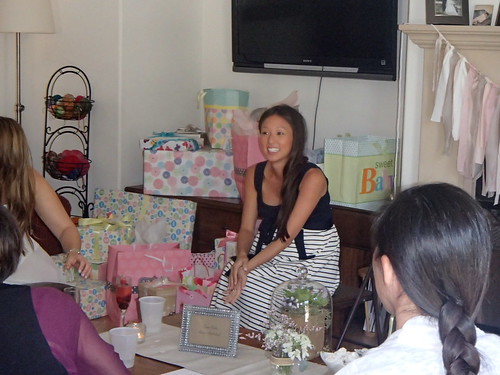 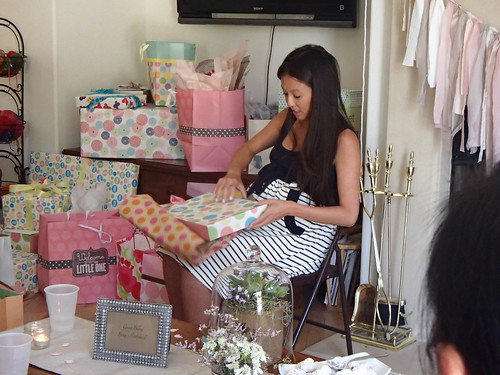 UDubb's shower was just as adorable as she is.  Her friends went all out in decorating in a very shabby-chic way.  Since the baby's nursery is pink and grey, they used those colors to set the stage.  The food was fantastic, with a make your own mimosa bar, sandwiches, salads, and an ombre pink cake made by one of her friends.

The pink cake was a nice touch for a girly shower, but in truth, UDubb loves chocolate.  I was pretty surprised there wasn't a chocolate cake, a rich, fudgey chocolate cake.  Personally, I like my chocolate cakes less rich, which could be why I'm such a fan of red velvet, which has just the barest hint of chocolate.  This steamed chocolate cake is right up my alley.  It's not overly sweet, and the steaming ensures it's not overly dry.  Just a nice, spongey cake that is chocolate without being overwhelmingly so.

I made mine using a pyrex dish with a lid, but any lidded mold will work.  The idea is based on Boston Brown Bread, which is a loaf cooked/steamed stovetop.  It's a concept that doesn't seem like it sound work, and yet it does.  Every time I use the method I expect I'll end up with a liquidy consistency, but that's not what happens.  Instead, it's exactly what you would expect from a cake - without heating up your entire home with a hot oven. 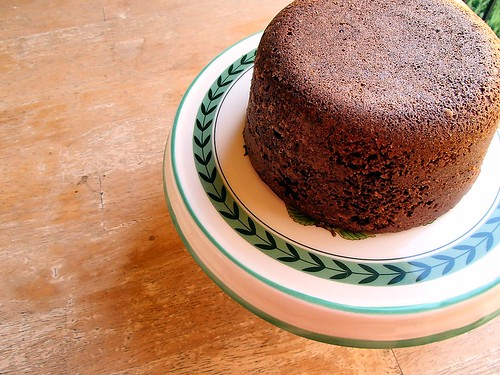