Now that Thatbaby is at a new preschool, we don't get to see some of his old friends as often.  Which is sad, because I adored his old friends and their parents.  Luckily they've been really great about trying to plan times to get our kids together.  Mrs. Parrot contacted me to see if we'd be up for another outing to the train park with Little Parrot and BA.  Well of course we would! 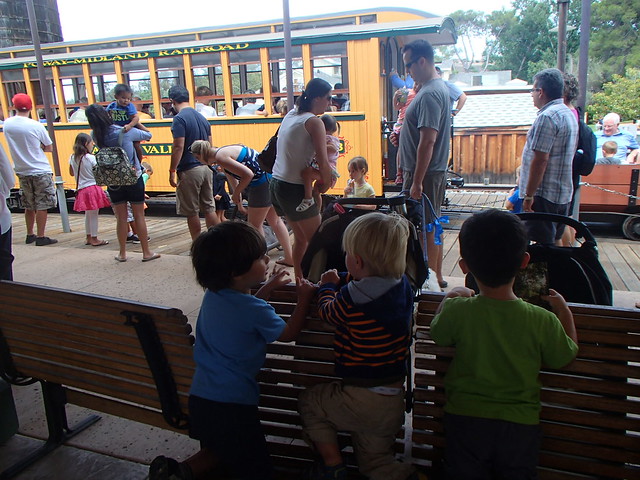 Thatbaby was a little shy with Little Parrot.  Which makes sense, since it's been longer since he's hung out with him.  When he spotted BA however, he was overjoyed.  So excited.  And that excitement wrapped up Little Parrot in it as Thatbaby wanted to make sure both his friends were with him at all times. 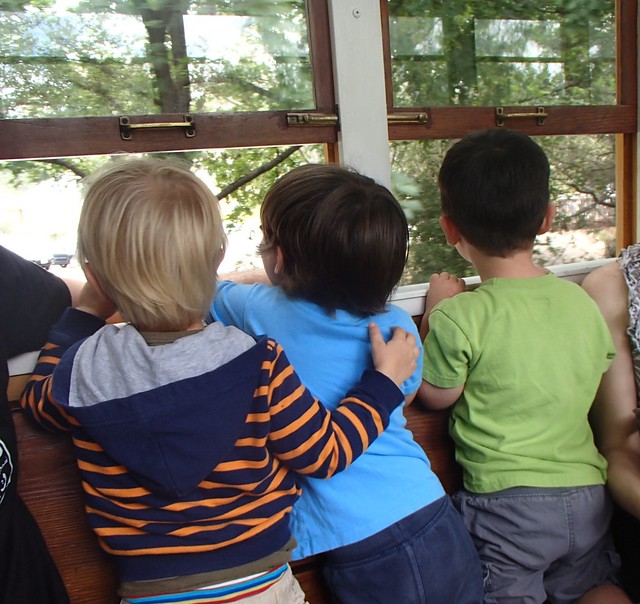 The boys loved riding the train together, looking out the window and choo-chooing along.  It was a great ice breaker to remind them of how much fun they have together.  As soon as we got them off the train, they took off - running in circles and chasing each other through the park. 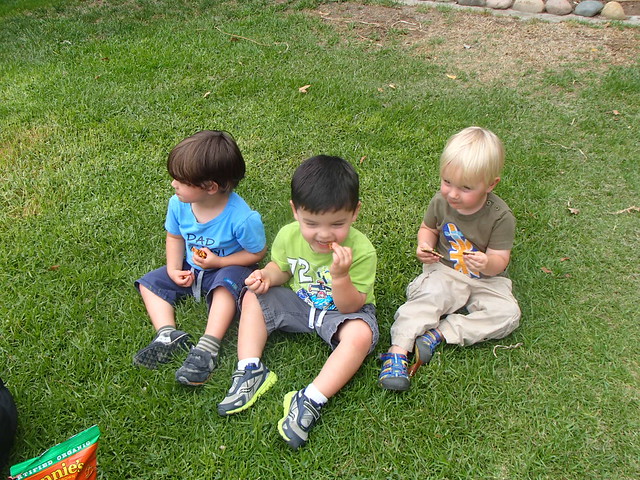 Eventually we got them to sit down and have a little snack, and then it was back to the racing around. 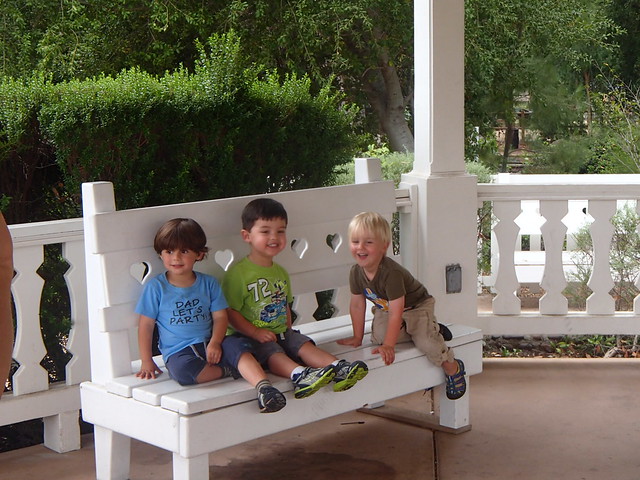 We crossed over to a playground to let them have a free space to run where we didn't have to worry about them getting hit by a train or a car.  Then they spent the morning climbing, sliding, running, going through tunnels and just generally enjoying being together.  Thatbaby told me it was his favorite part of the weekend.  And who can blame him?  Everyone needs some good friends.