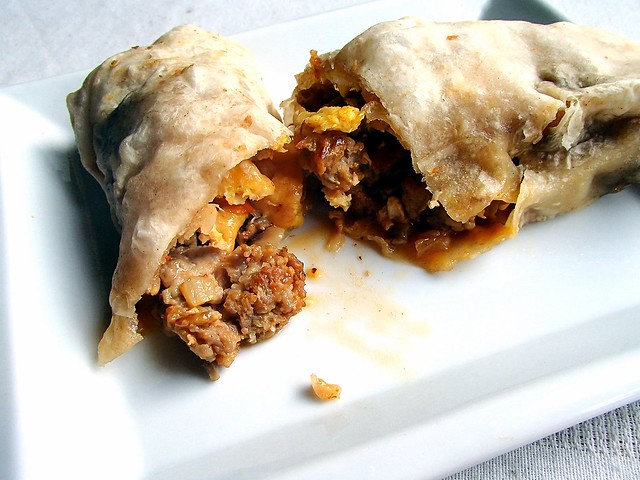 Breakfast gets the short shaft around here. Dinners are lovingly crafted by tired hands and served and eaten as a family.  But breakfasts are done on the run.  Thatboy eats from time to time, a bowl of cereal.  Thatbaby is usually set up with a cereal bar or cereal or oatmeal.  Something that can be made quickly.  As for me, I tend to stick with oatmeal or egg whites.  Boring and blah.  But when we're running about so much it's hard to get creative.  And the last thing I want to do while trying to get ready and get Thatbaby ready is slave over an intensive meal.

Which is why I love these breakfast burritos.  I can make them on the weekend and throw them in the freezer for easy defrosting during the week.  I mean, sure, I could buy frozen burritos, but for some reason the tortillas never taste right in those.  Unlike these soft and pliable fresh ones which retain that pliability even when reheated.  I also like that I can adjust the filling so that Thatboy and I can have spicy ones, while Thatbaby's remains mild. 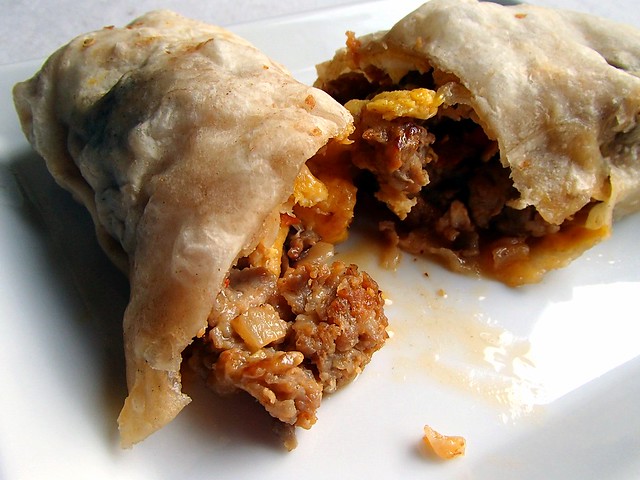