From a Box, At Home: Homemade Hamburger Helper 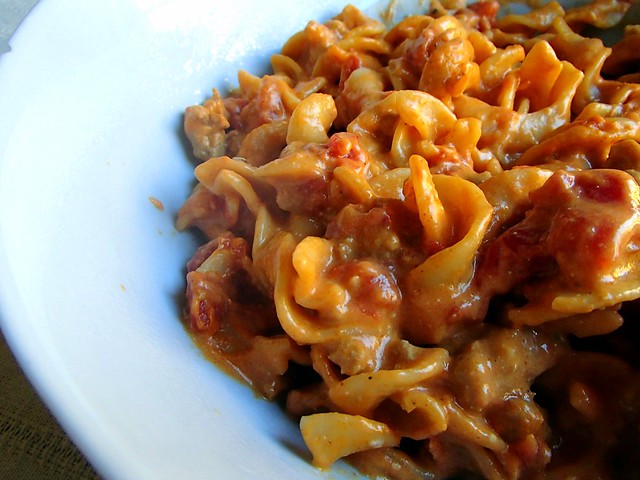 As I child, I didn't grow up with "convenience meals."  Almost every meal we ate was something crafted from scratch.  No bisquik, no boxed cake mixes, no kraft mac and cheese, and no hamburger helper.  And honestly, because my parents never made a big deal about cooking, it didn't seem like these "harder" methods of preparing food were all that hard.

Thatboy on the other hand, grew up on all these foods.  Even though his father prided himself on his amazing cooking abilities, I never saw the man prepare potatoes that didn't come poured out of a box as powder.  And his mother consistently reverted to frozen lasagnas, because making lasagna yourself "is an all day affair."

I feel as though I am constantly having to prove to Thatboy that making things from scratch isn't so difficult and tastes just as good as the boxed things he grew up with.  I have completely converted him when it comes to mashed potatoes.  Even he now recognizes it's a pretty quick side to throw together.  And this homemade version of hamburger helper also won him over.  It's the cream cheese.  It gives it that really creamy consistency that makes it taste like something decadent.  Add in the cheddar, because all pasta should have cheese, and you have a meal that can win over even the biggest doubter.

Now, if only I could convince him that you can make pancakes without bisquik... 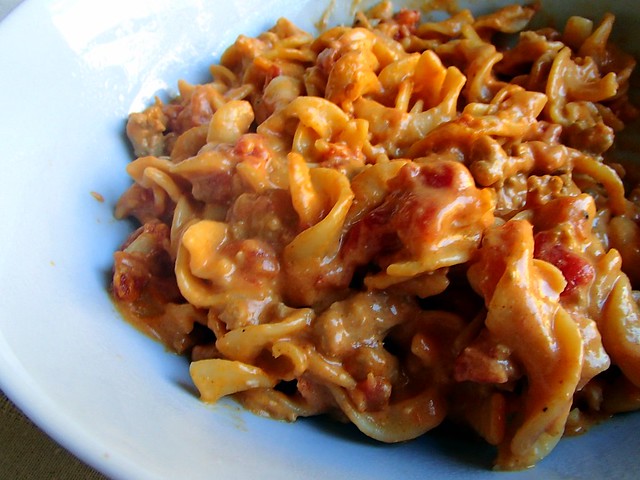