A Pirate Looks At 40

I know, I was just telling you about Mrs. Pirate's surprise birthday party.  I laughed when Mr. Pirate texted me asking for help with the party, because Mrs. Pirate had already clued us all in that she was throwing him a surprise party for his 40th birthday.

On Saturday we all gathered at Mission Bay to celebrate the momentous occasion. 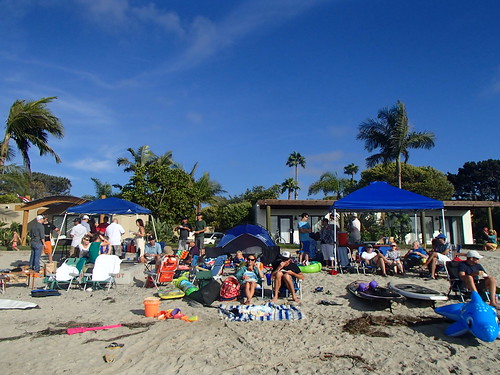 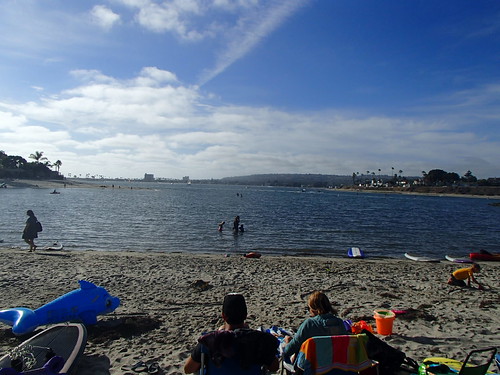 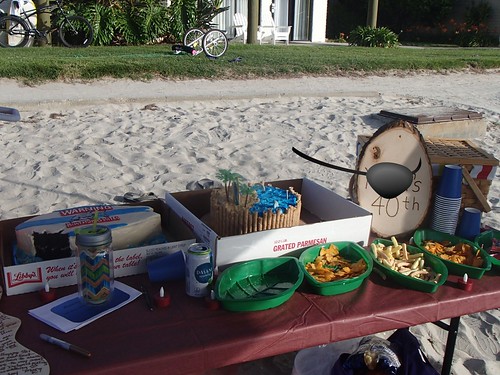 After everyone was there, Mr. Pirate showed up, blindfolded. 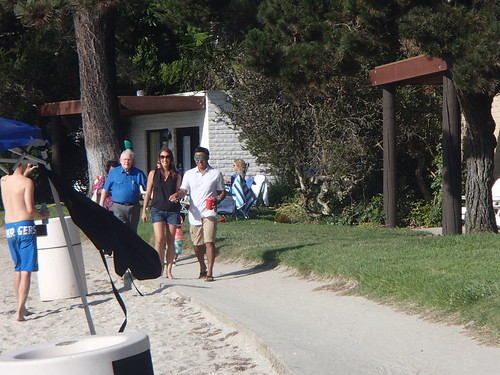 He told us after that he had no idea where he was going or what was going on.  Mrs. Pirate totally threw him. 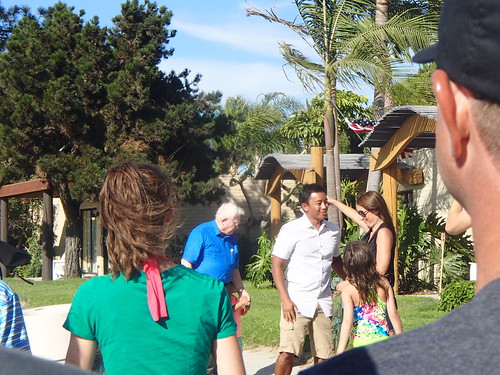 She had hired caterers who stood and grilled tacos for all of us.  And of course, where there are tacos, you can find margaritas! 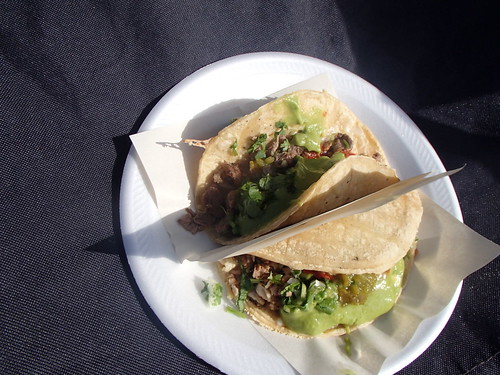 Mrs. Pirate had advised us to bring some fun inflatables.  And since Thatbaby had such a blast with the blow up whale while in Palm Desert, we got him a blow-up on his very own. 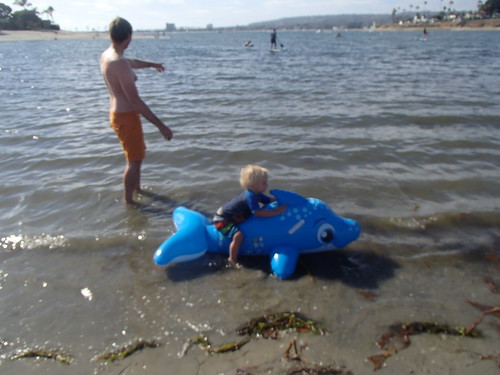 Oh how he loves that dolphin! 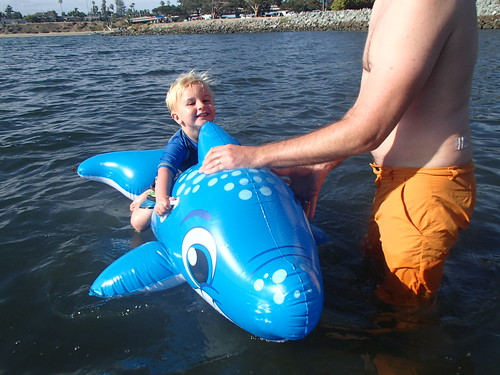 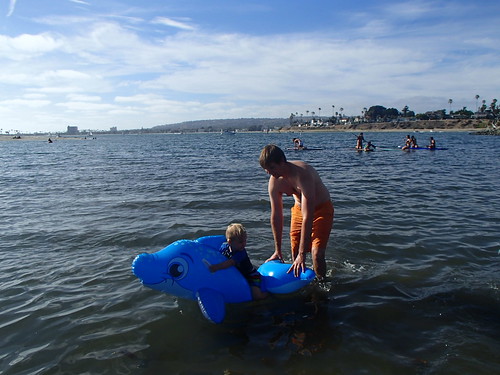 About a year ago, Mr. Pirate got very into paddleboarding.  He is always trying to get Thatboy out with him.  He's been pretty unsuccessful with that.  I think Thatboy went out once and decided it wasn't for him.  But Mr. Pirate got a lot of his other friends interested, so there were no shortage of boards on the bay.  So Thatbaby had his first paddle board lesson.  Which pretty much meant Mrs. Pirate gave him a ride, then Thatboy took him for a paddle as the sun set. 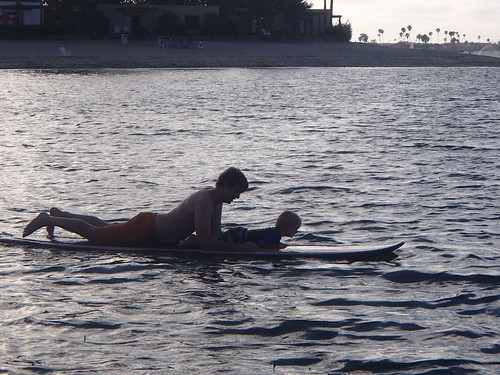 When it started getting darker and colder, we lit a fire and roasted marshmallows. 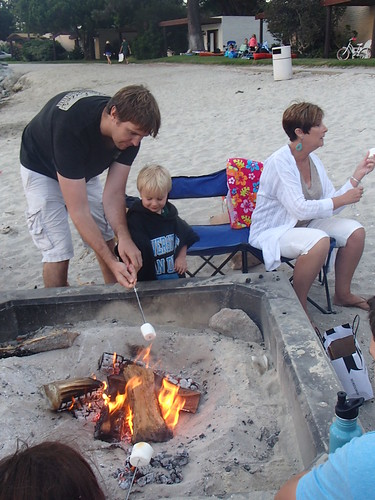 We always love getting together with the Pirates, and celebrating a birthday makes the occasion even more fun.

Labels: Birthdays are for girls, life