What the Dickens!: Crockpot Shepherd's Pie 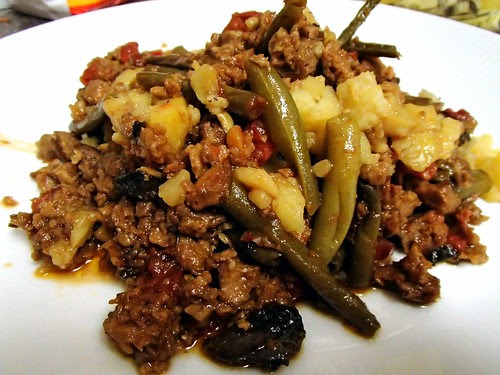 This was, by far, the busiest Christmas ever.  It felt as though it were nonstop, go go go go!  It began with our arrival, which coincided with TBIL's Christmas Party.  So before we had even unpacked the car, we were whisked into activity.

The next day, TBIL had something else in store for us.  This was such a welcome change from years past when his Christmas activities were those I had planned, or those he excluded us from.  The day after we arrived, we headed to The Dickens Christmas Fair. 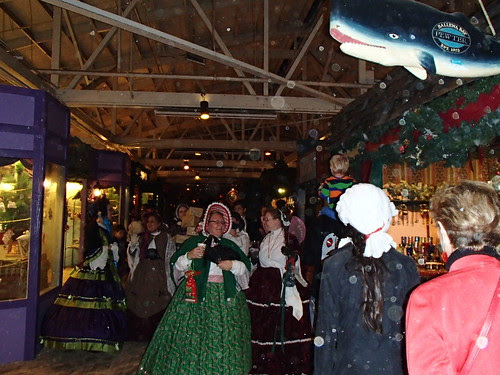 The festival transforms modern day San Francisco into Victorian England.  There are costumed performers and spectators in period garb.  Shops sell wares that you'd find in Dickens' time.  And many of the stores bear names that come straight from the novels (Like Fezziwig's shop where dancing is held).  Walking through the narrow lanes give you the impression of what it must have been like to do your Christmas shopping in a village many years ago. 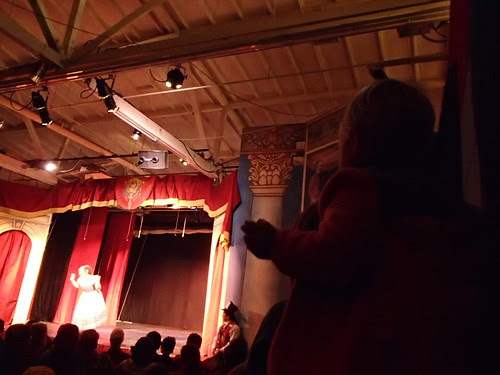 One of the highlights for Thatbaby were the shows. As we headed into the Victoria and Albert Concert Hall to watch a melodrama, I was concerned that we'd need to beat a hasty retreat.  After all, this is a child who can barely sit through a half hour cartoon program.  But he was enthralled.  He cheered, he clapped, he didn't want to leave when it was over.  This continued to be the theme of the day for him.  There were various stages throughout the grounds with singing and musical troupes.  Every time we passed a performance, he wanted to stop and watch the singers or musicians.  And every time they finished a song he would turn to me and ask for "one more song, please." 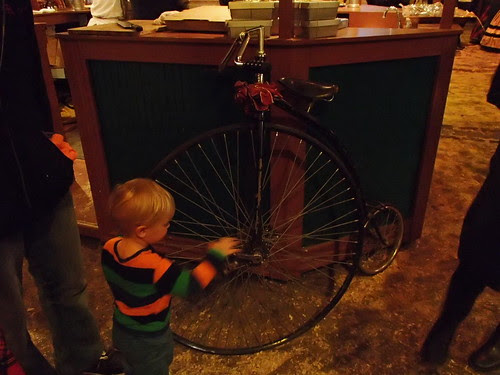 Most of the things in the shoppes were pretty hands-off for little fingers, but there were a couple of things Thatbaby was invited to investigate. 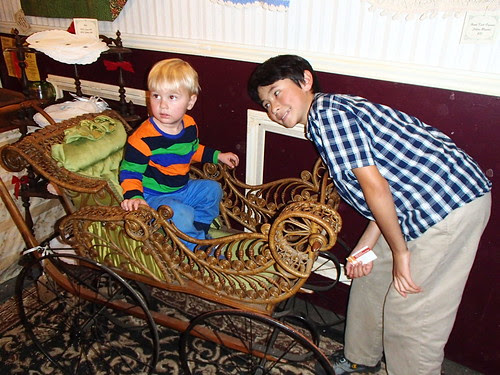 We didn't find the kids area until we were almost ready to leave, but we still had some time to play around. 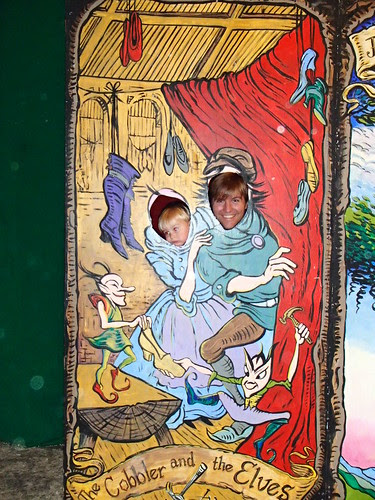 What was Thatbaby looking at so intently?  Well, he had found the carousel.  And there was no way he was going to leave until he got a turn. 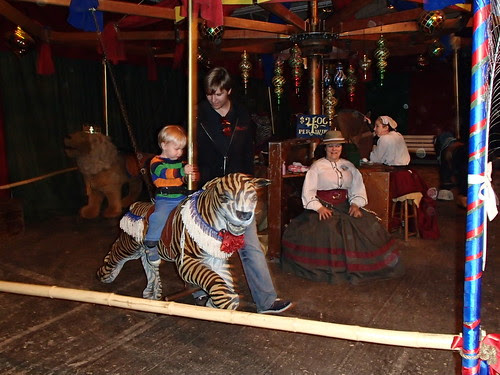 My child always looks so happy on carousels, doesn't he?  I promise he was a grinning fool for most of it.  Especially since he got to ride the tiger!  He was the only one on the ride, as it was getting late, and had his pick (and an extra long turn).

We grabbed dinner at the fair.  Thatbaby and I shared a meat pastie - a handpie with meat inside.  I use the term "shared" very loosely, since Thatbaby ate most of it.  And really enjoyed it.  And I can't really blame him.  There's something about those old, homey foods that just warms you from the inside out.  Shepherd's Pie is a similar meal that could also be found in the same time period.  Historically, the recipe involves chopped/ground lamb, hence the name "shepherd's" pie.  This is a modern take on the classic recipe, using ground beef instead of lamb.  And cooked in a crockpot, which I'm pretty sure didn't exist back in Dickens's day.  Unless that's what they called you if you stood over a pot all day stirring. 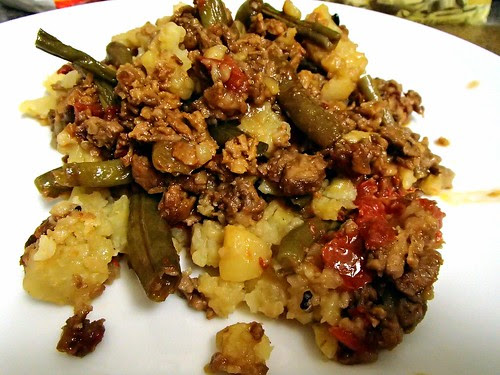