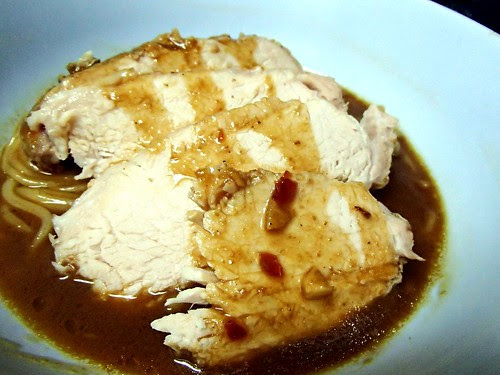 One of our favorite things to do around the holidays is a trip to the Hotel Del in Coronado.  Before Thatbaby was born, this included skating on their ice skating rink, but the thought of my toddler on two metal blades that are as sharp as knives, on hard frozen ice just isn't that appealing.

So now we go and just enjoy the Christmas spirit. 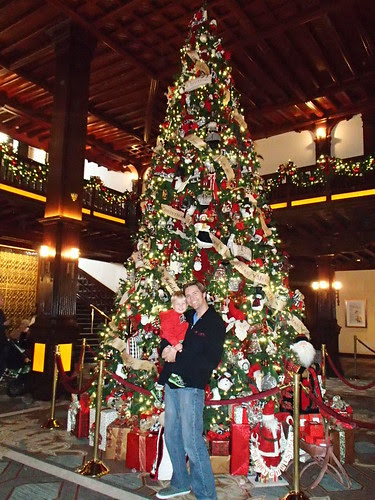 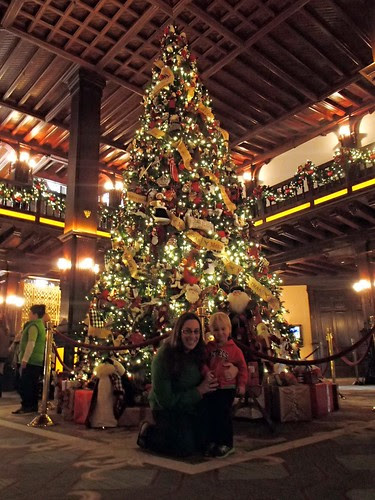 There's the giant tree in the lobby, which was covered in "Samtas."  Thatbaby also loved the garland strung on the upper railings. 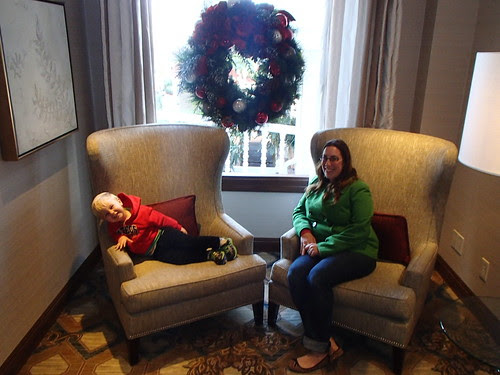 And he also wanted to sit and watch the wreath.  We have a smaller version on our front door which he also loves.  But this one had balls on it! 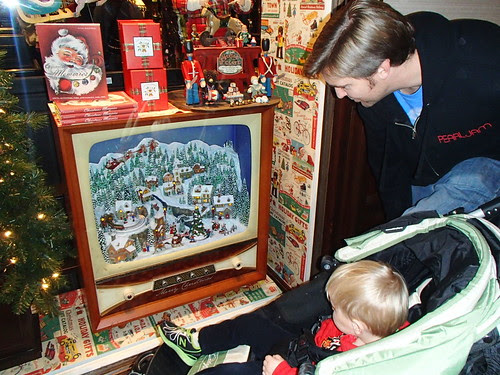 We don't have window displays like NYC or even San Francisco, but the shops inside the Del do something similar.  This window featured a moving cityscape that kept both the boys interested. 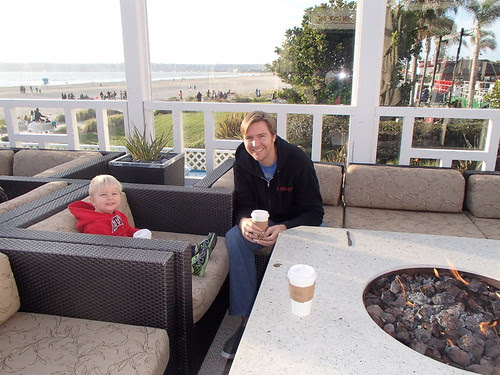 Thatbaby's new favorite Christmas treat is Hot Cocoa.  So we grabbed a seat by the fire and enjoyed some cocoa on the beach.  A very California Christmas. 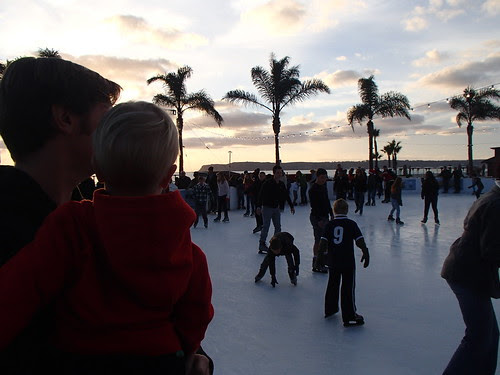 Although for me, this picture really captures Christmas time in Southern California.  An ice rink, on the beach, surrounded by palm trees.  Thatbaby watched the skaters for a very long time.  He was fascinated.  I think he's going to be very excited when he finally gets a spin on the ice himself. 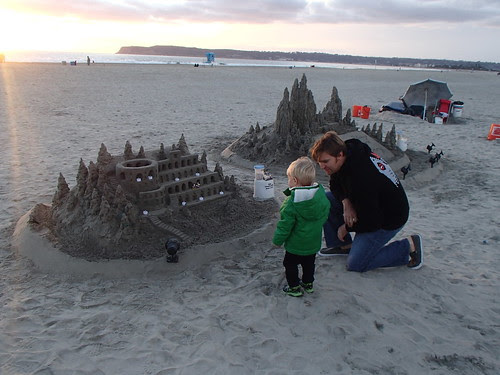 There was an artist building sandcastles on the beach, and we headed down to check them out. 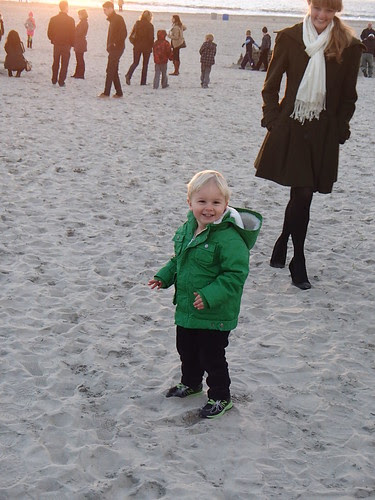 As the sun set, we let Thatbaby get his energy out with a run on the beach.  He chased seagulls, had us chased him, and generally had a great time burning off that cocoa.

While we played on the beach, dinner was cooking away at home.  Seriously, I love my crockpot.  Especially on these busy weekends.  This dinner was such a success we've already done a repeat with chicken.  Thatbaby is a big fan of the rice noodles.  Thatboy and I are a big fan of an easy night's meal. You can definitely play with the heat and protein, but the sweet and garlicy sauce makes just about everything taste good. 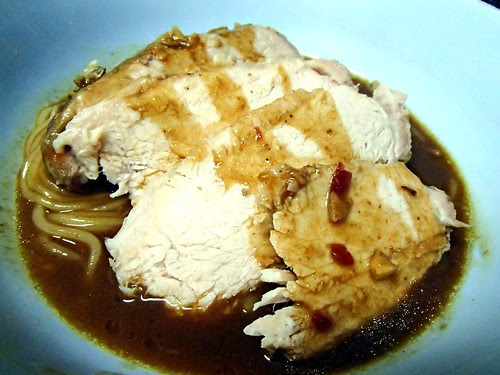