It's Beginning to Look A Lot Like...:Orzo Salad 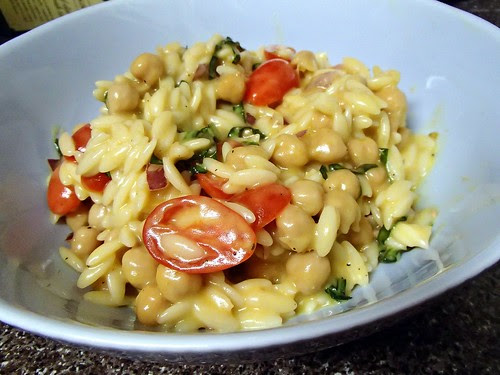 I have very specific rules regarding Christmas.  It doesn't exist until Santa makes his appearance in the Macy's Day Parade.  I don't care that stores have been playing Christmas music since the first week of October.  There is no Christmas music played in Thathouse until after Thanksgiving Day.

We jumped right into the holiday spirit this weekend.  On Saturday, we brought Thatbaby to see Santa!  We hyped him heavily before we went, telling him that Santa brings presents and pointing him out with excitement during the parade.  He was very excited to go see Santa.  He told me over and over again he was going to "See Santa.  Sit on lap."  Until of course we actually got there.  Then he was very much not interested in sitting on Santa's lap, standing anywhere near Santa, talking to Santa, or anything that involved Santa.  Luckily the phenomenal folks at Rogers Gardens took this in their stride. 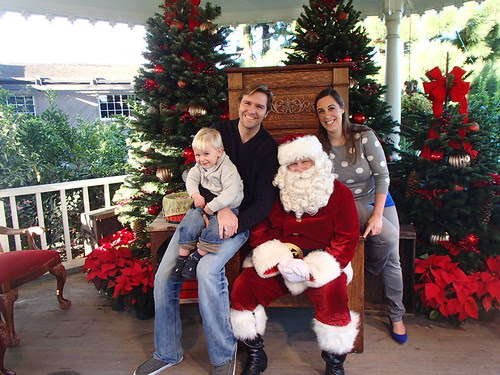 And of course, now that we're not in front of him, Thatbaby asks to see Santa every day.  The other highlight of our Santa visit was seeing the trains.  Naturally. 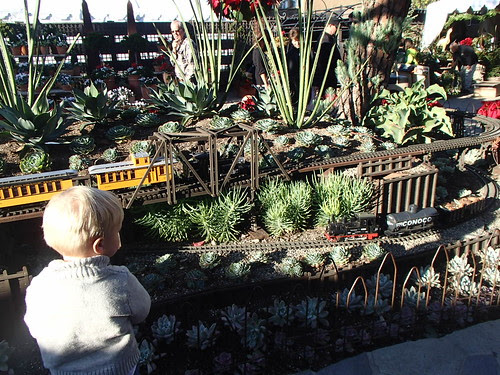 On Sunday we headed back home.  Once we got there, we went right over to the Christmas Tree Farm to pick out our tree.  Last year, Thatbaby got sick on our way to pick up a Christmas Tree.  It was the one and only time in his life he threw up.  This year he was much healthier and happier and involved in picking out our tree, our wreath, and our poinsettas. 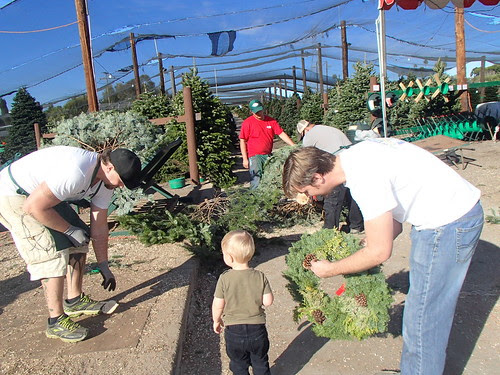 He also got a special present from the man who trimmed our tree, his very own ornament. 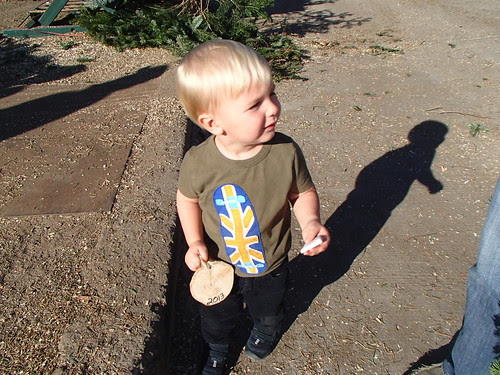 Thatboy set up the tree, but we haven't decorated yet - something more to look forward to!  After such a busy weekend I wanted to throw together something easy for dinner. Especially since we still had to unpack and prepare for the week. This is a recipe I make a lot.  Especially when I have some tomatoes that may not last much longer.  The funny thing is, I've never blogged about it before.  I was actually a little surprised when I realized that and thought there was no time like the present. 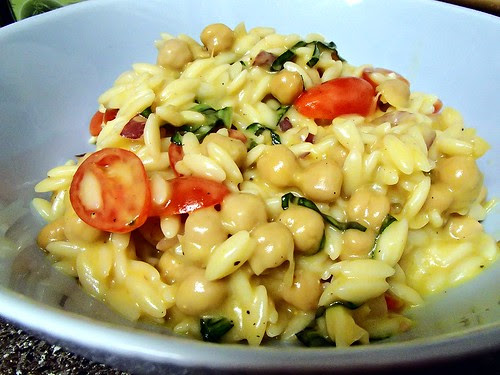