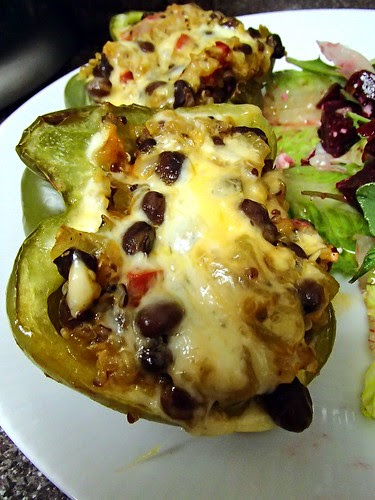 As I alluded to in Tuesday's post, we spent Christmas Week with Thatboy's family.  I'm not going to lie - I was not looking forward to the roadtrip.

I used to love roadtrips with Thatboy.  We would make a fun day of it - stopping for sightseeing and meals.  We spent the time singing to the radio and talking about everything going on in our lives.

Roadtrips are not as much fun with a small child.  Last year, our 6 hour trip took 12 hours.  We stopped just about every 2 hours so the little guy could get a clean diaper and some food.   When we went to Yosemite over the summer, he spent much of the time needing constant attention from those of us in the front seat.

This year our trip went surprisingly well.  We began by heading off what is always our first toddler tantrum - packing the car.  Thatbaby does not like Thatboy packing up the car.  He wants to go and help.  With that in mind, one of Thatbaby's Chanukah presents this year was his very own luggage!  Luggage that he could take out to the car himself! 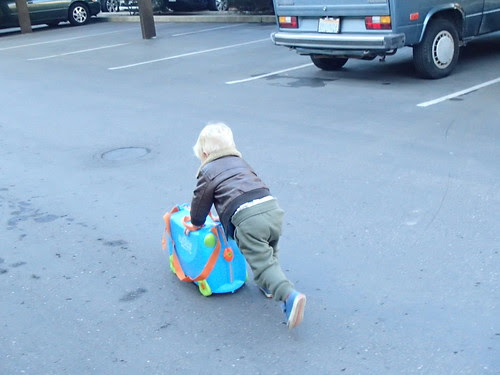 We also stuck his constant companion in the backseat with him so he could have company.  Poor Thatdog.  It was not his ideal location.  I had to remove coloring books and magnadoodles from his back several times.  To be fair, at least now I wasn't the only one who was subject to Thatbaby's demand that there be no sleeping in the car. 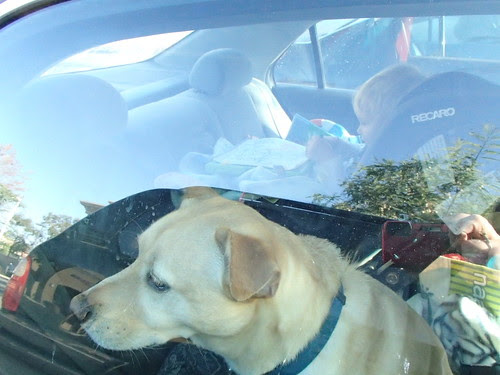 I was off cooking for the week, but I'm sure most of you aren't that lucky.  So I'll share with you one of the big hits from the days leading up to our trip.  Stuffed peppers aren't anything fancy, but anything with beans are very popular in my house.  This recipe is a bit of a twist because it uses quinoa instead of rice.  Really, any grain would work well with stuffed peppers - including barley or wheatberry, but quinoa is what I had on hand. 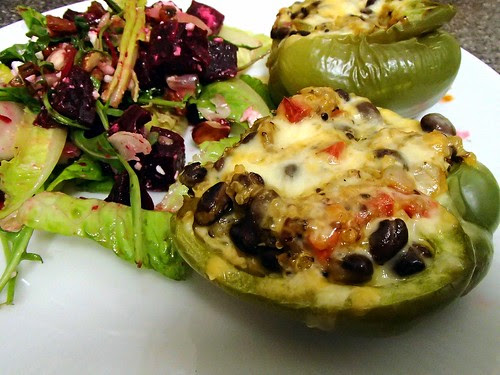