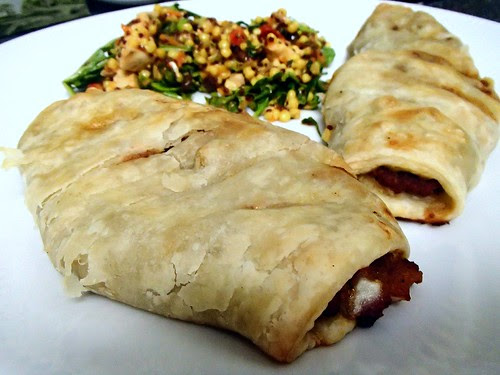 Better late than never, right?  We spent Thanksgiving with Thatmom, driving up Wednesday night after dinner, so Thatbaby would sleep in the car.  He did.  After singing a round of every song he knew.

He woke at his usual bright and shiny time of 5:50am, which gave us plenty of time to have breakfast and play with some new Chanukah presents until the Macy's Day Parade started.  I got to introduce him to one of my favorite Thanksgiving traditions - sipping on Hot Cocoa while watching the parade. This was Thatbaby's first hot cocoa.  To say he was a fan would be an understatement.  Whenever we give him some sort of treat, he takes his time, lingering over it.  The cocoa was no different.  He sipped on it for at least half the parade.  And then asked for more.

After the parade, was lunch and nap (for Thatboy and Thatbaby) and time for me to get ready.  The boys were still in the process of getting dressed following that nap when the guests started to arrive.

We sure had a bunch of friendly faces this year! 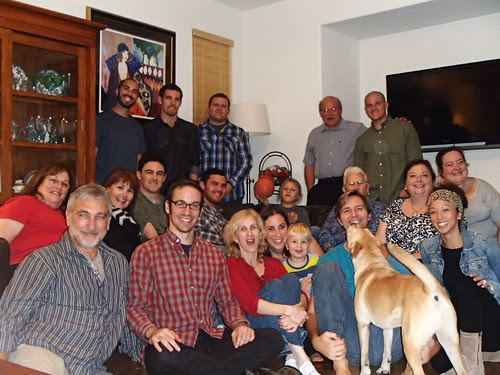 Our Thanksgivings are always potluck.  Thatmom makes the turkey, stuffing, gravy, cranberry sauce, and candied yams, and the rest of us provide all the trimmings. 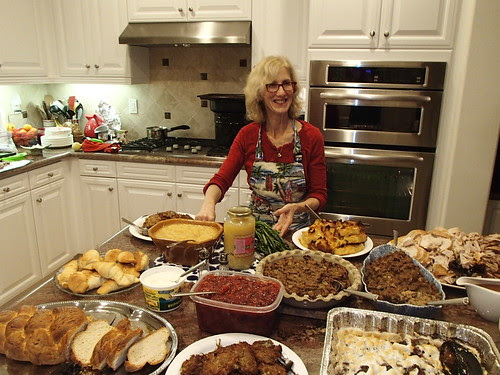 So what do you serve for a Thanskgiving dinner that is also a Channukah celebration?  Well, turkey of course. 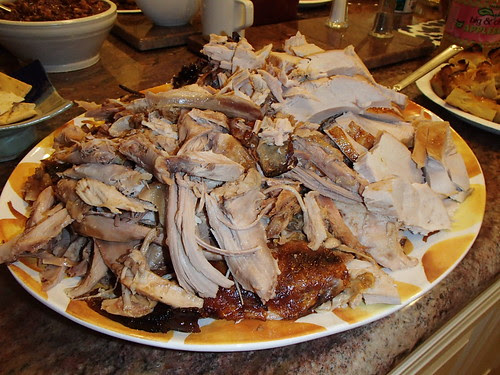 Along with latkes and kugel. 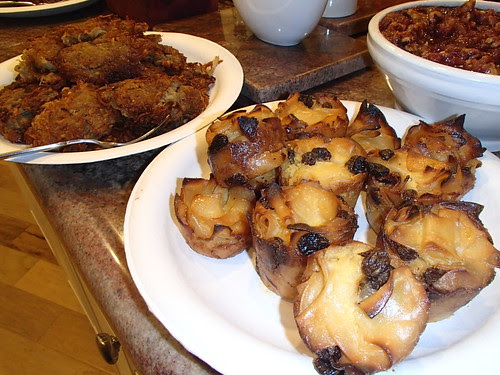 And how did everything taste?  I'll let Thatbaby fill you in: 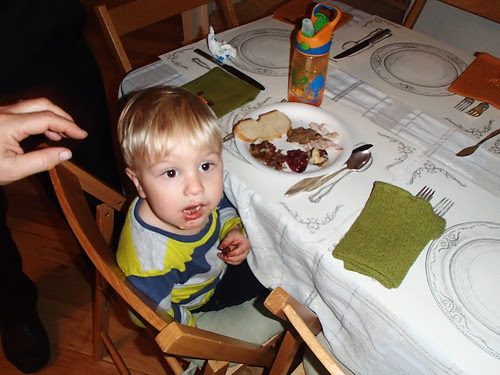 After dinner we gathered to light the menorah.  I know it's silly, but I kind of love that my brother took the lead on this one.  He's the youngest in my immediate family, so he's not often in the role of "leader" but I do like him as the "man of the house." 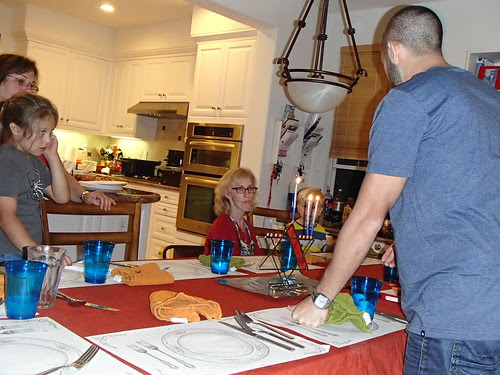 And then there was the crazy gift exchange.  I didn't get any pictures of this because I was running around distributing gifts, but it was fun to watch everyone dig into their piles.  Especially Thatbaby who got a very special Chanukah gift which he is currently obsessed with. 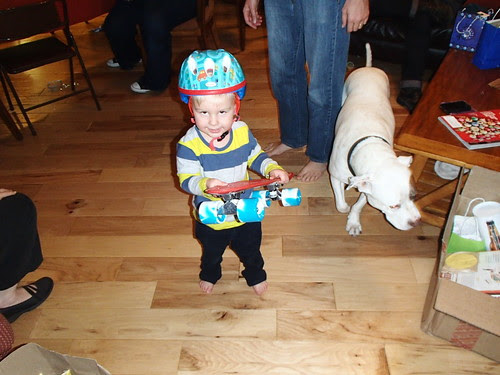 Thatboy has wanted to get Thatbaby a skateboard for over a year now.  I told him I wanted to wait until  Thatboy was over 2....so this is the holiday where Thatbaby got his first skateboard.  Which he wants to ride every waking moment.  And carry around.  And sit on.

We let Thatbaby stay up a little late to spend time with his cousins, but pajamas were a must.  And as the guests started filing out, we put his little self to sleep.  That's a lot of tradition for one day. 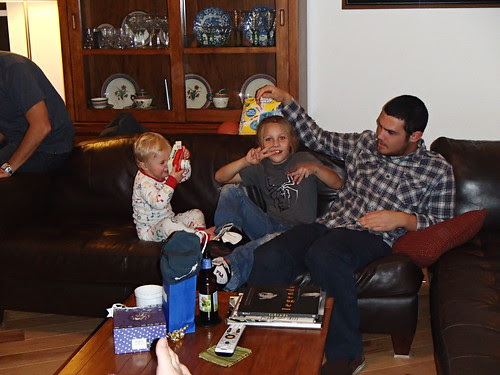 The only problem with spending Thanksgiving at someone else's house, is no leftovers to play with for the rest of the week.  So instead of a repurposing of your turkey or cranberry relish, this is the kind of thing we're eating right now.  Technically shepherd's pie is made with lamb, but this version with ground beef may be a little more accessible (and cheaper!).  Wrapped in puff pastry, the crust to filling ratio can't be beat.  And they're easy to freeze and reheat, or pack in a lunch, which makes them great for those of you inundated with holiday craziness already. 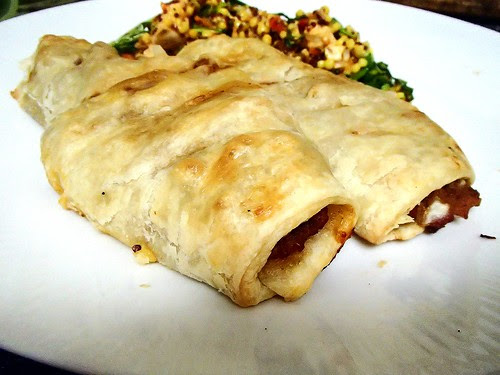