My kind of casserole: Mushroom and Bacon Barley Casserole 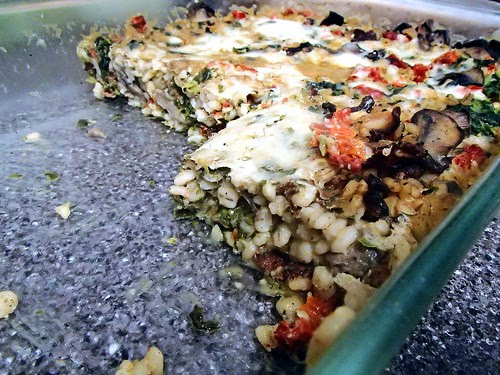 In hate to admit it, but I'm a bit of a food snob.  I prefer homemade mac and cheese to the stuff in the blue box, I won't eat plastic that comes in individually wrapped slices masquerading as cheese, and the idea of a casserole usually doesn't interest me.

It's not so much the idea of the casserole, as the idea of certain kinds of casseroles.  Growing up in Western PA, the typical casserole was a combination of meat, cream of ____ soup, and potato chips.  Sort of an odd conglomeration.  But really, any dish that combines various ingredients and is baked is a casserole.  And if the ingredients are good, the casserole is the perfect kind of meal.

This casserole is chock full of deliciousness.  I love the chewiness of barley, so a dish in which it stars is usually a good start.  Add in some dark green spinach, some earthy mushrooms and some melty cheese and you're almost home-free.  And of course, everything is better with bacon. 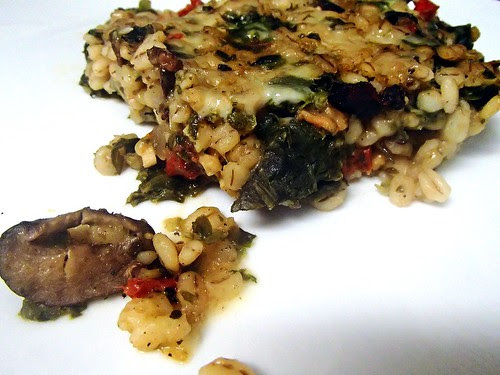