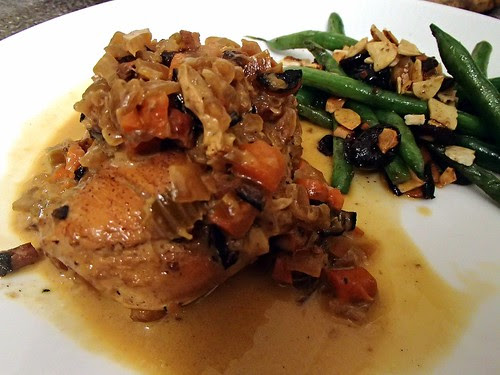 I was telling Thatboy over the weekend that I'm kind of enjoying one holiday rolling right into the other, even if it is a little stressful.  But with Chanukah being over so early, and me diving right into the Christmas season, I realize I kind of glossed over holiday.

We definitely celebrated!  Thatbaby has gotten into the habit of asking for presents every night. 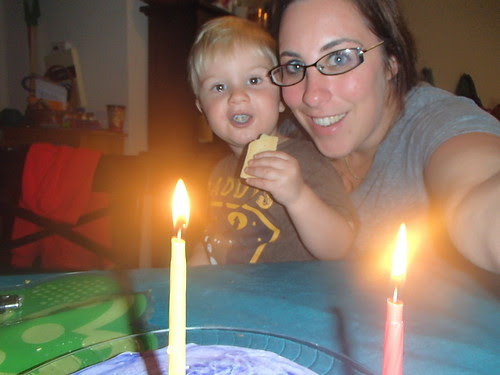 We lit the candles each night and sang the blessing.  Thatbaby, who loves to sing, caught on to the blessing fairly quickly, but only chimed in on the very last syllable - KAH!

He also had his Chanukah concert at school last week.  Thatmom came down, and he was so excited.  His teachers talked about how into it he was during rehearsal, how he had every move down.  He spoke all week about how he was going to "sing so loud [for] grandma." 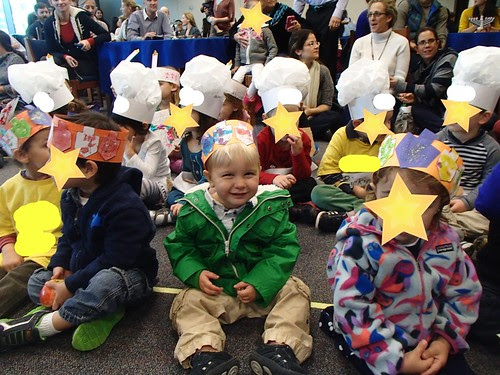 But when his time to shine arose, all he wanted was mama.  Tears aplenty, he spent all of the first song quitely sobbing on stage once I finally agreed to go up with him.  He pulled it together for the second song, and was all smiles by the time he got to join Thatboy and Thatmom. 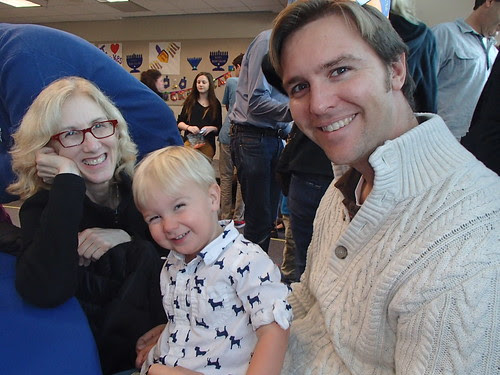 In the spirit of continuing the Jewish celebration, I had signed us up to bring home the "Shabbat bag" from his classroom that week.  It's a bag that consists of a wine glass, candles and candlesticks, a prayerbook, and some books. 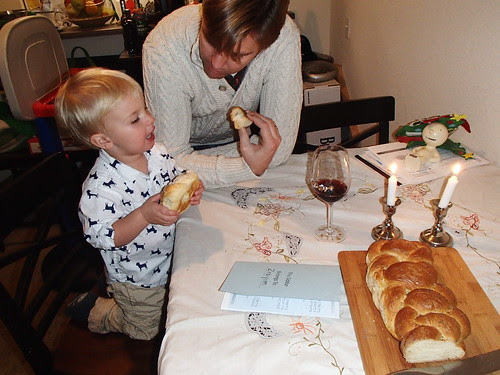 When we got home, we set it up, along with another challah I made and did a little family Shabbat.  Followed by Shabbat dinner.  I'm not sure where I picked it up, but for me, the idea of Shabbat dinner always involves chicken.  This chicken is a little labor intensive, but for some reason that makes it seem good for a special night dinner. 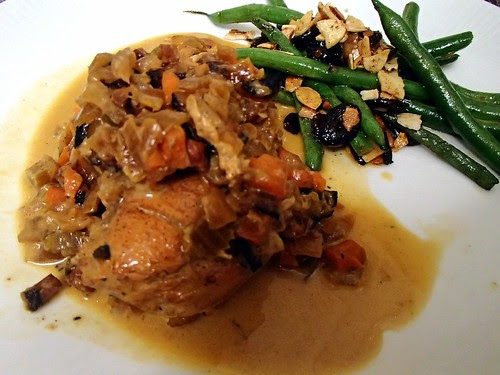