The morning after we went to Legoland we rose bright and shiny and headed out to the Halloween Spooktacular race.

The Spooktacular is put on by Wiz-Events, the same people who put on the Mardi Gras run.  Remember the Mardi-Gras run?  Or the race that almost wasn't?  Well now we're old pros at these races and I promised Thatkid we wouldn't miss his race this time around!

We got there with time to check in, get our bibs and mosey over to the start line. 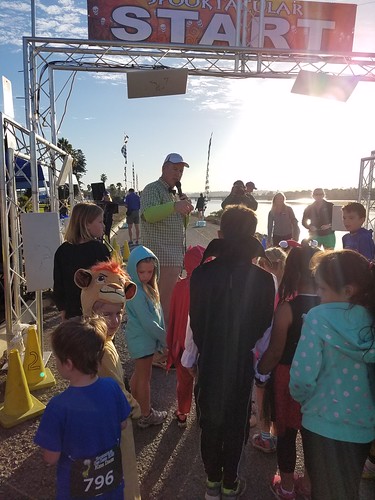 I gave Thatkid a little pep talk, pointing out where the family would be standing and cheering him on.  And then I left, my heart beating a little faster as I left my child by himself in a crowd of other children.  Even though we were just a couple yards away.  They counted them down, and then he was off! 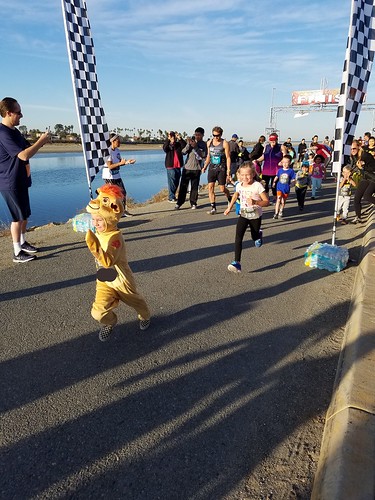 He did a great job, and my fast beating heart soared as he sailed past us, a look of determination on his face. 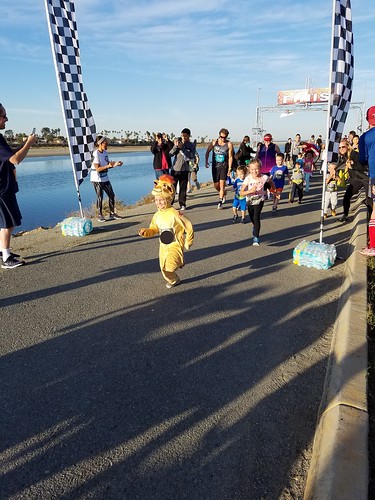 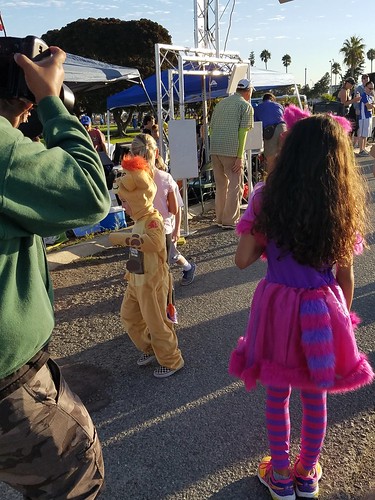 He collected his medal at the end, and you could tell he was pretty proud of himself too! 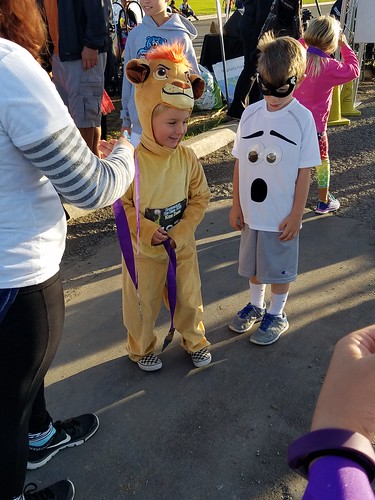 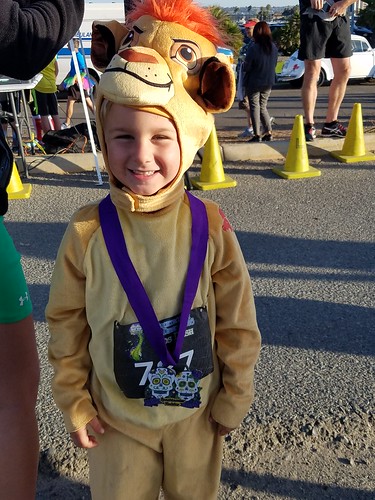 We had some time before my race started.  The Spooktacular has a 15k, and 10k, and a 5k, with starts in that order.

But eventually I made my way over the start line. 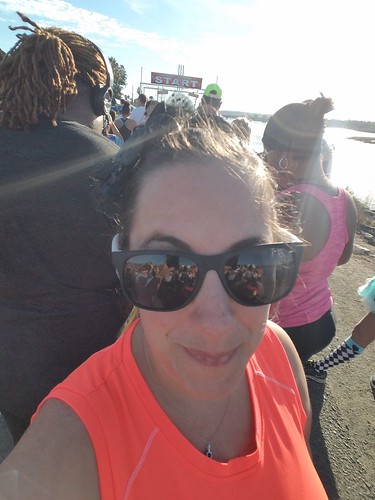 This was a tough race for me.  I am feeling very out of shape.  Due largely in part to the fact that
1) I haven't run a race since July.
2) I cut my daily runs in June when I started my new job, so now I'm only running once a week.

I felt that first mile.  I felt like I was struggling through it, so was surprised when my app told me that I was running only a little over a 10 minute mile.  I'm usually a little below a 10 minute mile, so I wasn't as far off as I felt. 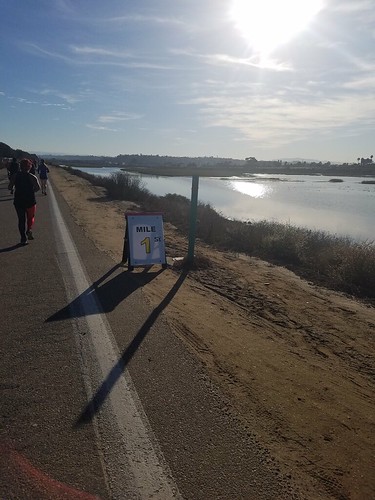 Still,  it wasn't terrible speedy, so I knew I wasn't going to be placing, and I relaxed and just ran.  I didn't push myself any harder than I already was.  I enjoyed the scenery and the fact that for the time being there were no cries of "mom" "mama" or a whine which can be interpreted to mean either of the above. 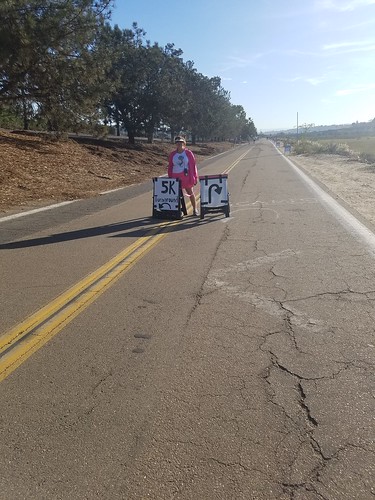 I took pictures of the mile markers and the flat scenery.  It's a nice and easy course.  When my music started acting up, I walked and messed with my phone for a bit. 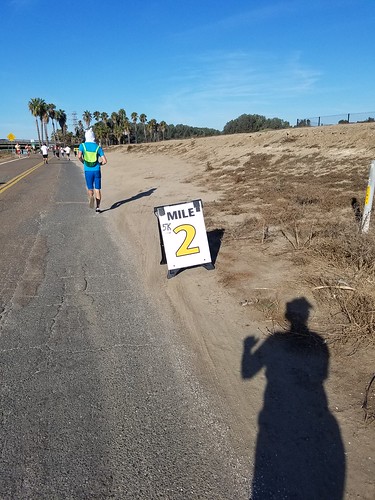 I did pick it up as I neared the finish.  After all, I Thatkid finished strong, and I needed to also.  Can't be shown up by a 5 year old. 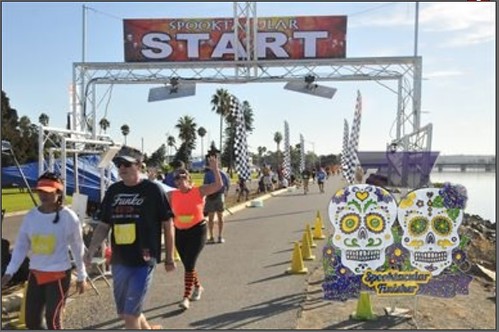 We took a couple pictures and then headed back home, not staying for the award ceremony, or even checking my time.


But later that night, I did check.  I came in fourth for my age group.  I missed coming in third by 7 seconds.  7 SECONDS!  That will haunt me for weeks.  If I hadn't messed with my phone I'd be bragging about placing in my age group!  If I ran my typical 5k I would have come in 2nd!   And if I had run my "speedy" 5k I'd have placed 1st.

Which goes to show, don't ever count yourself out.  Give it your all every time, because you just never know. 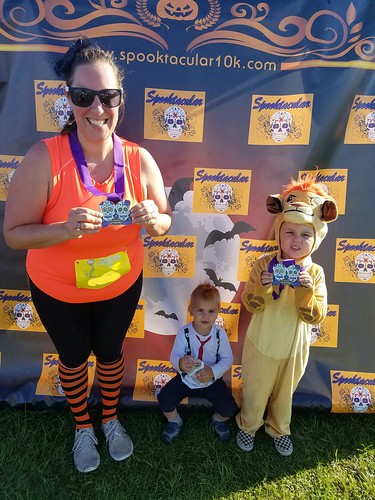 I've got redemption coming up next week at the Fit Foodie 5k.  Today's the last day to enter for a chance to win entry for you and a friend to the 5k or 10k, so don't count yourself out either!
Posted by That Girl at 1:00 AM