Given their druthers, my oldest would survive solely on yogurt.  My youngest would eat nothing but fruit.  Neither of which creates a well rounded diet.  So what do they eat?

Breakfast:
*Most days the boys have toast for breakfast.  Ideally, peanut butter toast.  But Thatkid prefers just plain toast with butter.  And Thatbaby wants whatever Thatkid has.  Thatbaby usually wakes up earlier, so he snacks on grapes or berries while I get breakfast ready.  I also make them both smoothies (milk+fruit) so I can make sure they get some protein in too, 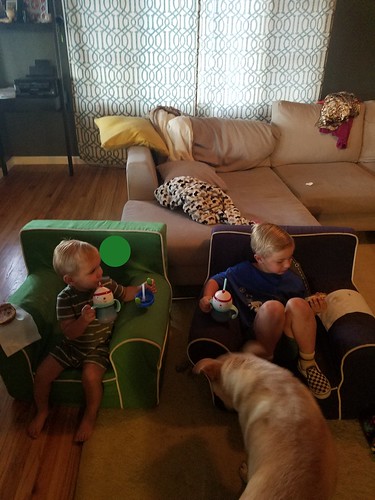 * On the weekends all the boys (Thatboy included) do cold cereal for breakfast.

* Other breakfast favorites: oatmeal, eggs, pancakes, cinnamon toast, yogurt, waffles (I give teething Thatbaby a frozen waffle on quite a few mornings) 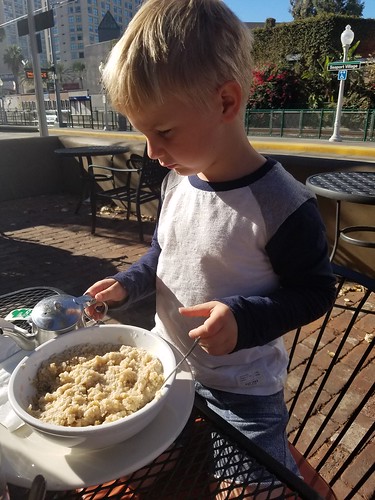 Lunch:
* Luckily I don't have to worry about lunch during the week for the boys.  Thatbaby's daycare and Thatkid's preschool provide lunches.

* On the weekends, 9 times out of 10 they have peanut butter and jelly.

* It's like punishment getting Thatkid to eat lunch. Most of the time he just wants pretzels.  I put up a minimal fight.  Often he will just have peanut butter toast...and pretzels.

* Thatbaby is better about eating lunch.  He will often have leftovers.  I try to give him  leftovers I know he likes, like tamales.

* I am not ashamed to admit that chicken nuggets make an appearance for lunches. I keep them in the freezer for lunch on the go. Thatkid will eat them cold, and they're easily transportable.  I put them in Thatbaby's snack cup and they become a great finger food.

Dinner:
* Thanks to the blog, you're probably already familiar with what these guys eat for dinner.

* I make one dinner.  That's what I serve.  If you eat it, great.  If not, that's okay too.  I don't make anyone eat anything they don't like, but you have to at least try it.  I also don't make anyone "clean their plate."  You eat until you're full.  But don't leave half your plate and then ask me for dessert 5 minutes later.

* We eat tamales once a week.  It's something everyone eats and likes.  So it's a menu staple.

* Both boys seem to like protein in all forms - tofu, beans, steak, eggs, chicken, turkey, pork.   Vegetables are more hit or miss with both.  Some nights zucchini gets eaten, some nights it doesn't.  Brussels sprouts are popular, and both of them love salad.  And neither of them has met a grain or carbohydrate they didn't love. 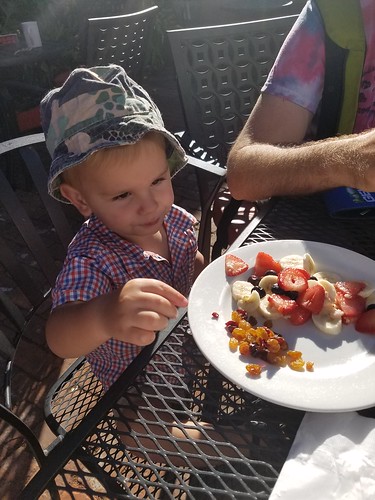 * Cheese.  Thatkid picks out whole blocks and I cut them off sticks/slices.
*  I keep a "snack bucket" in the pantry that Thatkid can help himself to.  Thatbaby's not allowed to help himself, but Thatkid usually get something for him also.  In it I keep granola bars, cereal bars, applesauce, cookies (animal, graham), veggie sticks, dried fruit, goldfish crackers, freeze dried fruits and snap peas