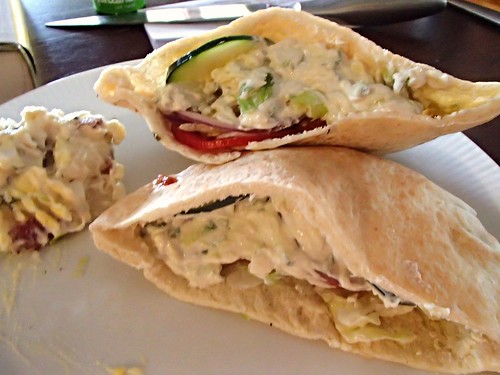 2 years ago we attended our first "Grape Day" celebration.  It was the perfect day.  I ran the race in the morning, we had a lovely breakfast while watching the parade, then headed over to Grape Day Park for a fun, festive atmosphere.

Last year we attempted to recreate the day, but without the same results.  The race was great, and breakfast was just as lovely.  We drank coffee, played games, and watched the parade.  But the festival in the park was just not as good.  Less vendors, less to do.

This year, was even more disappointing.  The parade is no more.  Which made all of us pretty sad.  I think Thatbaby would have really enjoyed it.  We made the best of it and went for coffee/breakfast anyway with plans to head over to the festival.  Except the festival?  Instead of starting right after the parade, didn't start until the afternoon.  So we headed home and ran some errands.

Later in the day we headed out again, to Grape Day Park.  The highlight of the entire festival was the brand new play structure! 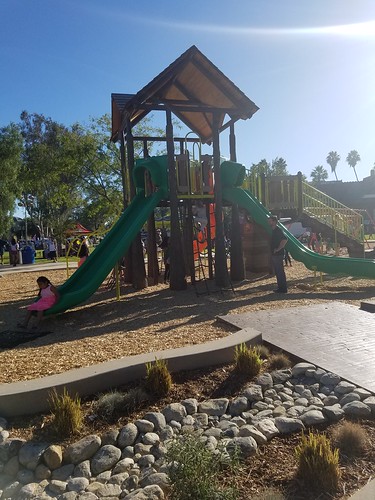 The kids had a great time playing, but we didn't need to make the trip just for them to play on a
playground. 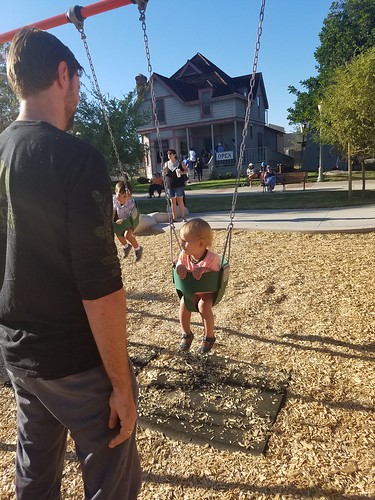 There wasn't much else going on.  A couple of booths, maybe even less than year.  And try as I might I couldn't find the booth that gave out free grapes.  No grapes on Grape Day? 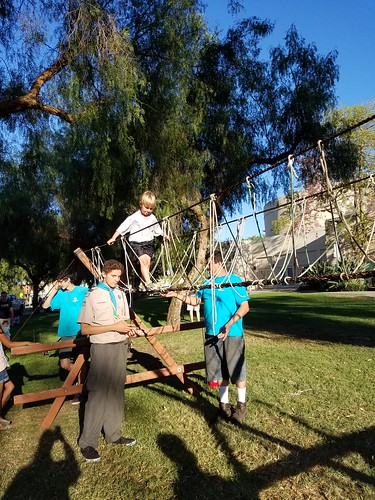 What they did have was a rope bridge for the kids.  A local boy scout troupe helped the kids over. 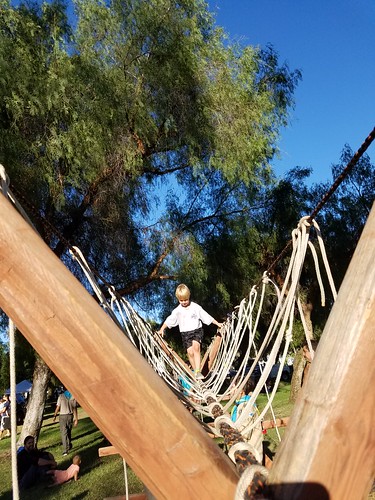 Dr. Bronner's also provided some kind of foam experience, which was probably lovely at one point in time, but when we got there it was just dirty foam.  Thatbaby wouldn't even go in it.  And that kid emerged as though he had been rolling in mud. 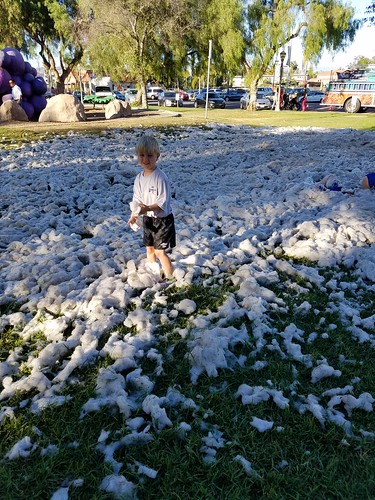 I don't know that we'll make a repeat appearance next year.  We'll probably just do the race and breakfast.  We didn't even stay to grab dinner, but headed home.  Because sometimes a homecooked meal seems more appealing than what's being offered elsewhere.

This is one of those meals that can get thrown together very quickly if you've got some chicken in the fridge.  But it tastes like something that's been marinating for a while.  I credit the tahini sauce for that.  The garlic and shredded cucumber in the sauce give it a real restaurant-quality flavor.  It's fresh, crunchy, and unlike our experience for the day, not disappointing. 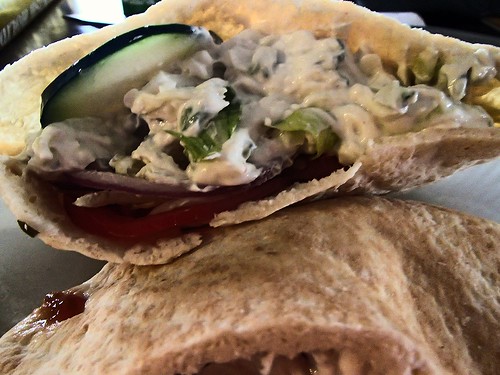