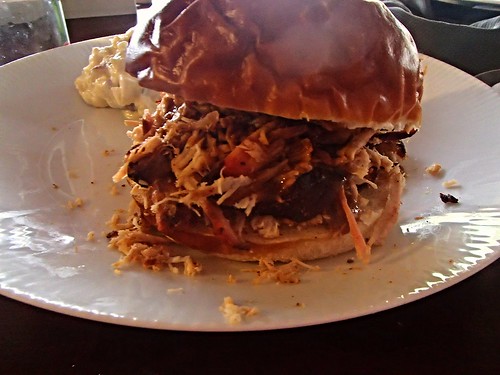 Apple picking is so different in San Diego than where I grew up.  For a long time I waited until September rolled around to even begin to think about going apple picking.  After all, it's a fall activity and fall doesn't even begin till September 21.

But the problem with waiting until September is that apple season in San Diego is practically over by the time September rolls around.  I know.  It's crazy.  So now in August I start checking out when orchards open and when we're available. 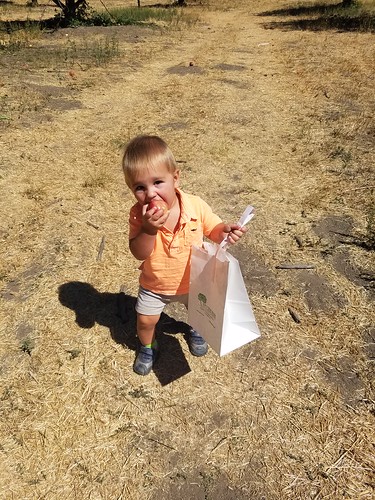 We made it this year 2 weeks after the orchards opened.  And the orchard only had one tree that still had apples on it.

Luckily, this particular orchard had another draw.  Pears! 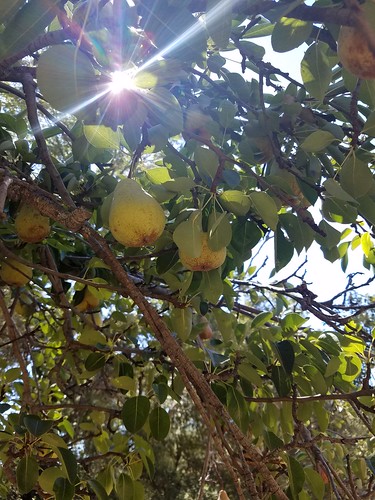 I've never actually been pear picking before.  It's very similar to apple picking.   The only difference is the fruit in your hand after.

Some of the fruit was low enough for Thatkid to pick himself. 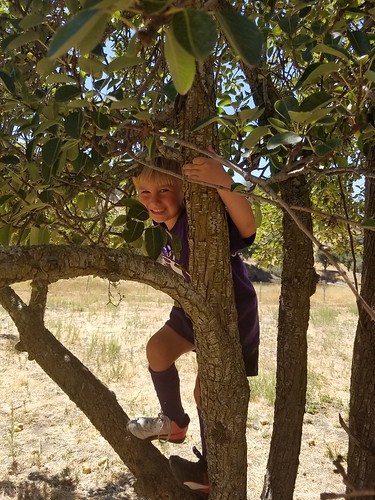 Although Thatbaby needed a boost. 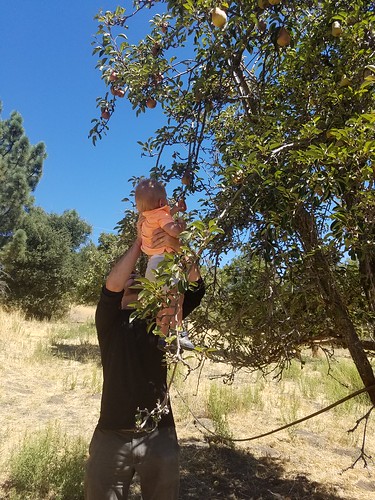 And these pears were fantastic.  Some of the bigger ones were a little hard, but a day or two at home had them soften and sweeten up nicely.  The smaller ones started out perfect. 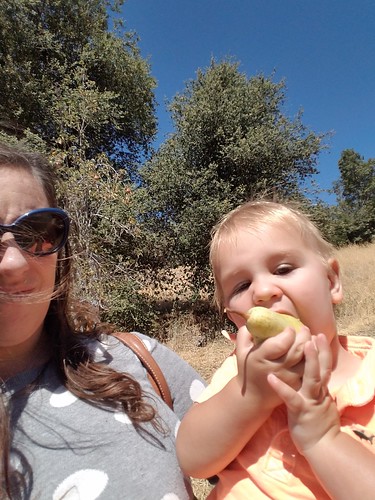 And Thatbaby got introduced to our orchard rule - you have to finish what's in your hand before starting on another. 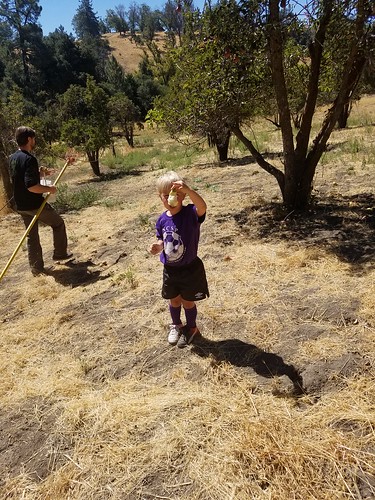 Typically we round out a trip to Julian with a stop for a barbecue lunch.  But our barbecue place closed over the past year!  So instead we went to the local soda fountain.  Which was delicious, but you know when you get that thought in your head, you just just can't shake?  That's how I was with my barbecue.  Luckily, barbecue doesn't always require hours over a grill. This is a really quick and easy way to get that fix at home.  You don't even have to cook a chicken if you pick up a rotisserie at the store.  Just heat up the sauce, shred the chicken, and combine.  It's a little bit of a cheater recipe, but good for those cravings you just can't shake. 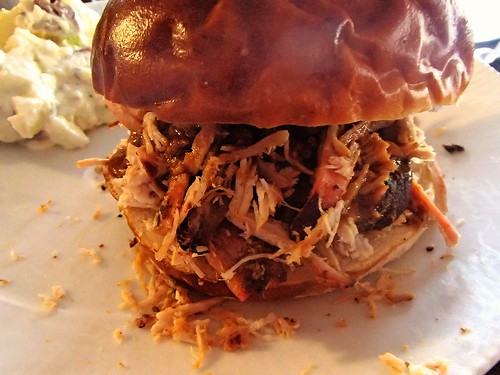