Today is the last day to enter the giveaway for a free Spice Box from Raw Spice Bar! 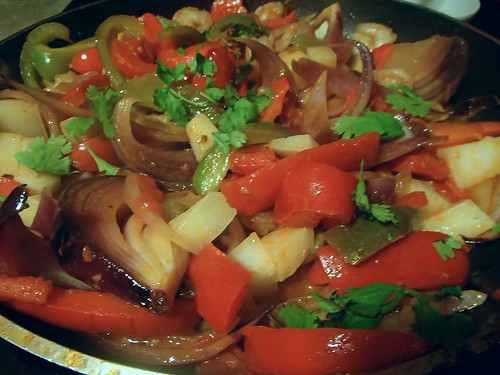 Our favorite local Brewpub had a pumpkin carving event earlier this week.   Of course we had to attend.  We'd spent all week talking about what our design was going to be (and cautioning Thatkid that we may not win).

When we got there, the tables were all set and ready for us with carving tools 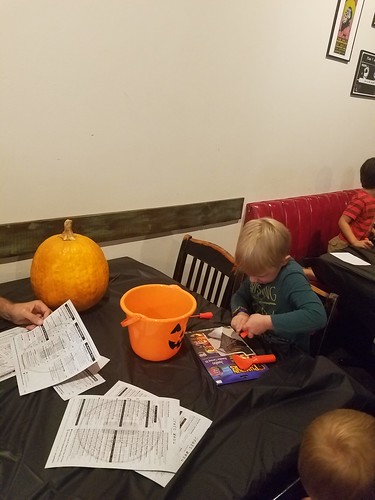 And a bucket for our pumpkin guts. 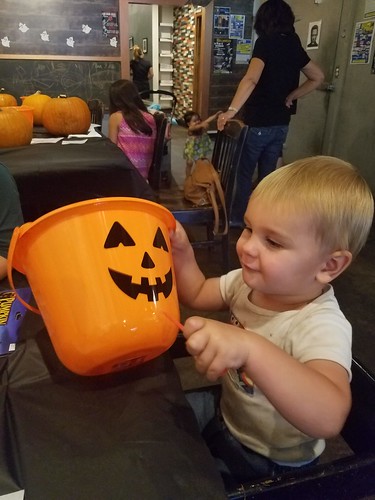 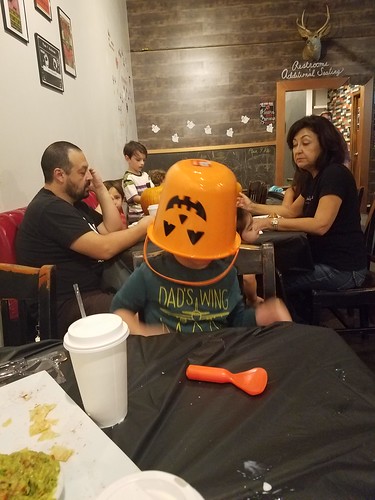 We placed our order and got to work.  Thatkid initially wanted to be the one to scoop out all the insides, but he lasted about 2 seconds before he decided it was too gross.  So Thatboy took over. 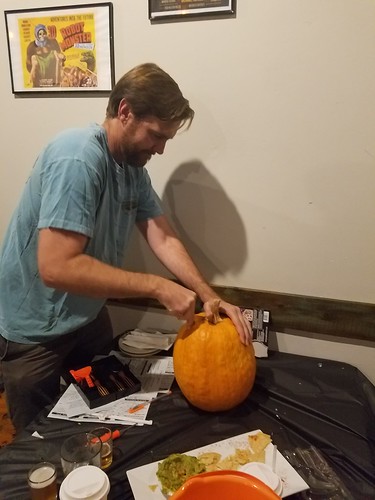 When all the tables were done carving, we all brought our pumpkins up to the bar. 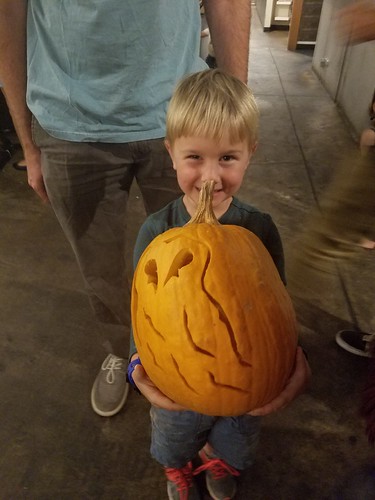 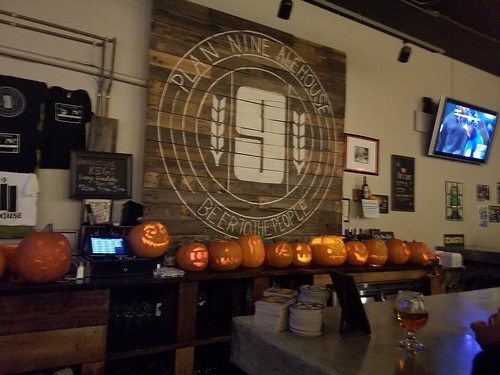 And then we voted by applause.   Our little ghost made it to the top 6!

But the pumpkin carving was only half the reason we attended the event.  The other reason was because of the amazing pumpkin beer list on draft! 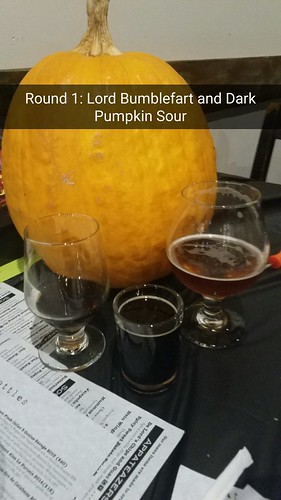 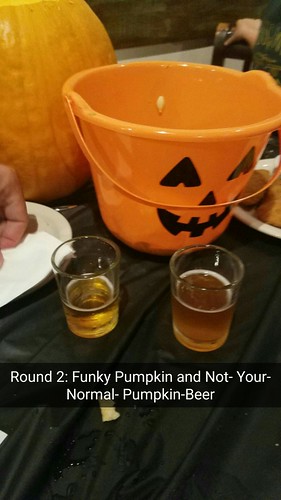 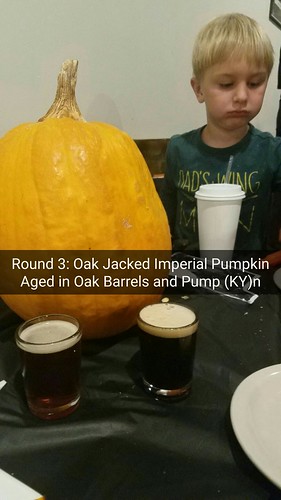 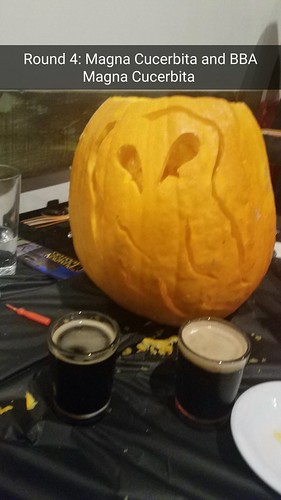 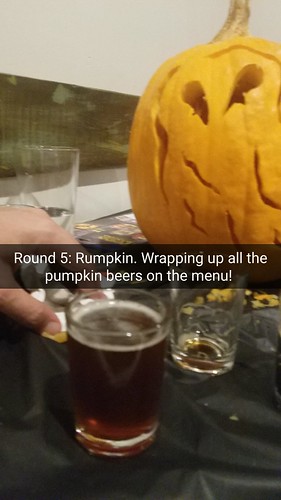 It was a successful evening for everyone.  I love this time of year!

I also love it because of the great fall foods that start popping up.  Like chilis, squash, and pepper dishes.  Like sausage and peppers - which for me is perfect for this time of year.  But the same could be true when adding other forms of protein.  Like this shrimp and pepper dish.  This one is a sofrito dish - a Spanish vegetable mixture of peppers, onions, and tomatoes.  The flavors perfectly complement each other and I've even used them in chilis.  See?  Full circle with the fall foods.  It's a great addition to arroz con pollo, or even just served on its own with rice.  This sofrito is made stovetop, and it comes together really quickly.  Just like the shrimp you toss in! 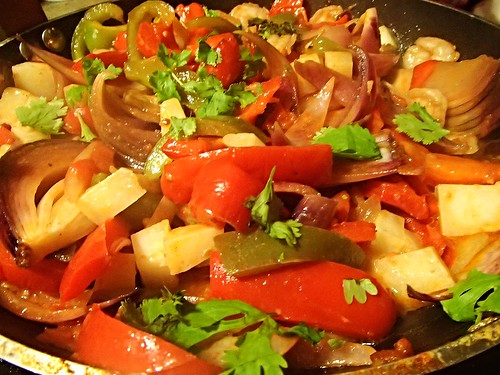