My Other Water Baby: Roasted Baby Carrots with Cumin

When Thatkid goes off to college, I've got 3 years to make up for the neglect that Thatbaby is experiencing.  Of course, at that age, Thatbaby is going to want nothing to do with me.

Take swimming for instance.  We enrolled Thatkid in swimming lessons when he was 9 months old.  He spent so much time in the pool as a baby.  Thatbaby?  Well, he's only been in a pool a handful of times.  And at 15 months, we finally enrolled him in swim lessons. 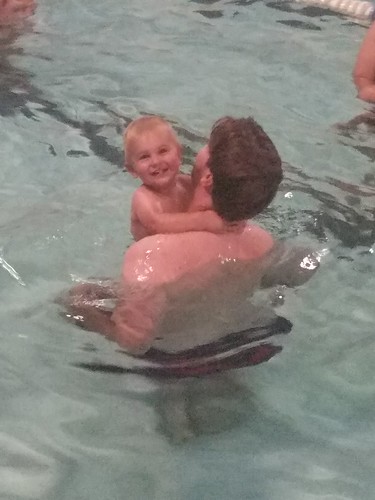 I took these pictures on the one day Thatboy came with us, but typically while Thatboy and Thatkid are soccering it up, I'm in the pool with Thatbaby. 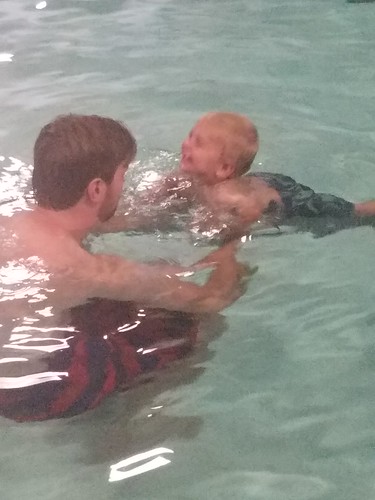 Probably because he's a willful toddler instead of a compliant baby, but Thatbaby was much less cooperative during swim lessons than his brother had been. 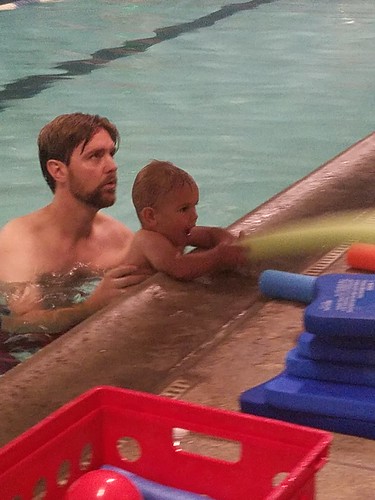 He likes being in the water, but mostly just being held.  He doesn't like being on his back, practicing his strokes, or his kicks.  And I definitely blame the fact that we haven't been as proactive about getting him the water. 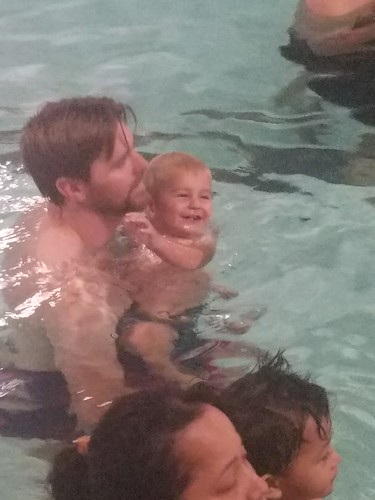 But I think part of the issue is that we are also in teething hell right now.  Poor kid.  He was so miserable this week, that at dinner the other night he wouldn't even touch his meal.  He ended up just eating frozen peas, which probably felt good on his bloody gums.

I'm working with finding things that are easy for him to eat.  Carrots are a good example.  I give him raw carrots to gnaw on, which he enjoys when they are nice and cold from the fridge.  But he doesn't really eat them.  They're more like a chew toy.

Now when I cook them, they become softer and much easier for him to eat.  This is a twist off the glazed carrots I had growing up.  Especially around the high holidays - honeyed carrots are a great way to start a sweet new year.  To this classic, I've added a little bit of spice, cumin.  It still has the sweetness, but it's a little more balanced. 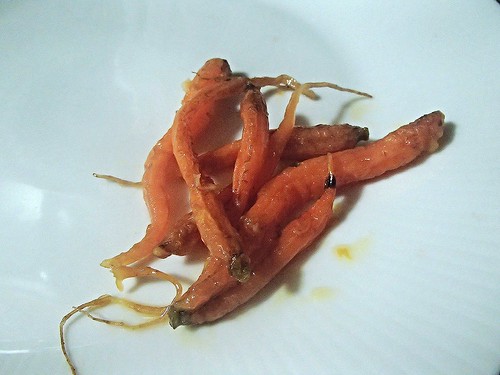