On Friday my sweet Thatkid turned another year older.  To his dismay.  He spent Thursday night crying that he didn't want to turn 4, because he wouldn't fit in the bath anymore.

Mornings are a rush 'round these parts, so instead of his typical breakfast in bed, he was greeted with a special birthday breakfast that he could eat quickly or bring with him to school. 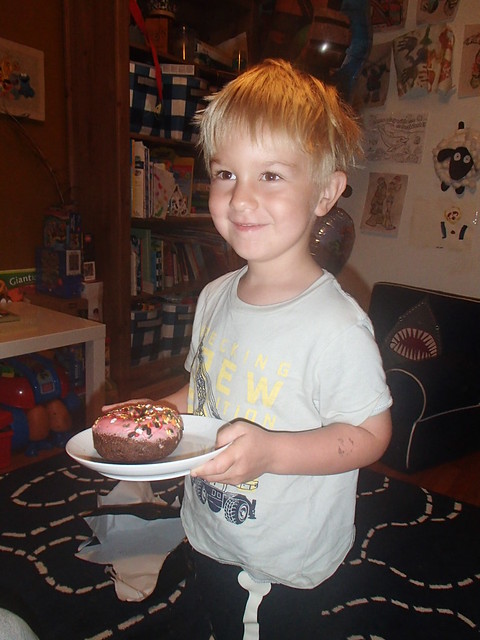 After school we went to his favorite pizza place to celebrate and then we came home to open presents. 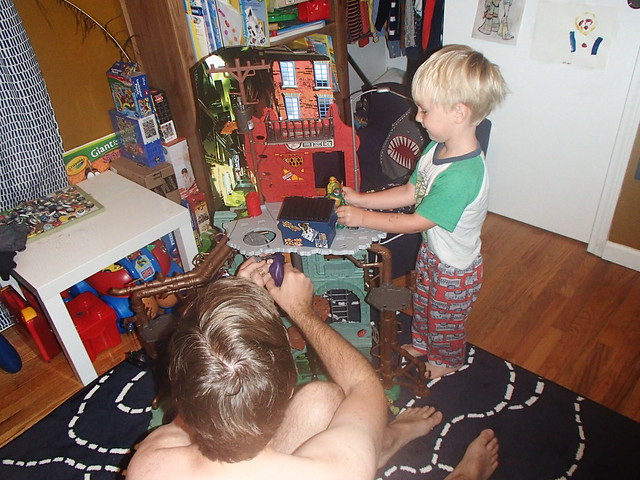 The next morning was party time!  All of Thatkid's friends joined us for a SUPER superhero party. 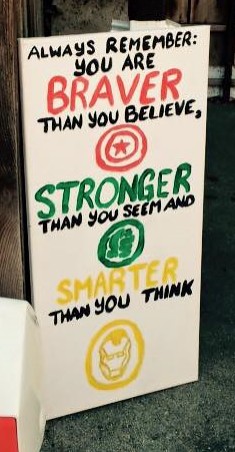 When I asked Thatkid what superheroes he liked and wanted represented at the party his list was pretty extensive: Batman, Spiderman, Hulk, Thor, Superman, Black Widow, Silver Surfer, Captain American and, of course, Iron Man.  So I took that and ran with it.

To begin, every superhero needs a disguise.  So we set up a table where they could design their own capes and pick out  a mask.

Once they were outfitted up, I set up a little photo backdrop so they could take to the skies! 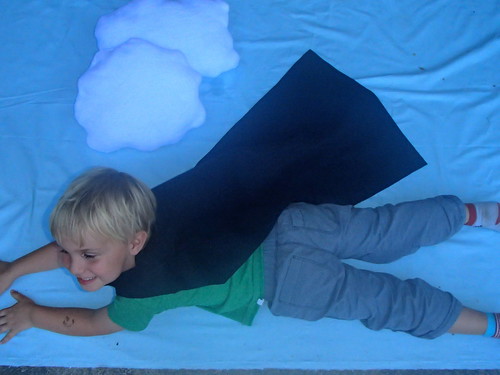 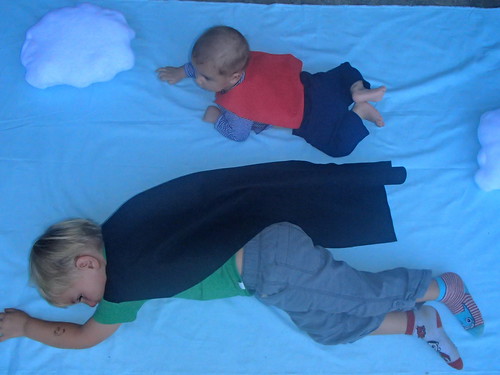 We set up several stations throughout the yard.  I didn't get a chance to take a picture of the Spiderman set up, but we gave the kids silly string and let them go crazy. 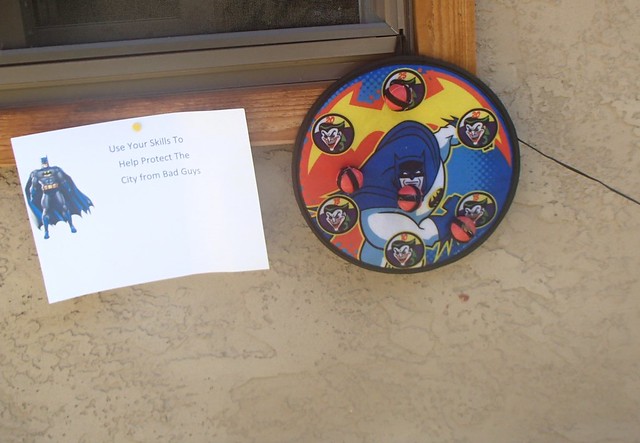 A wall to knock down with Thor's hammer or hulk gloves: 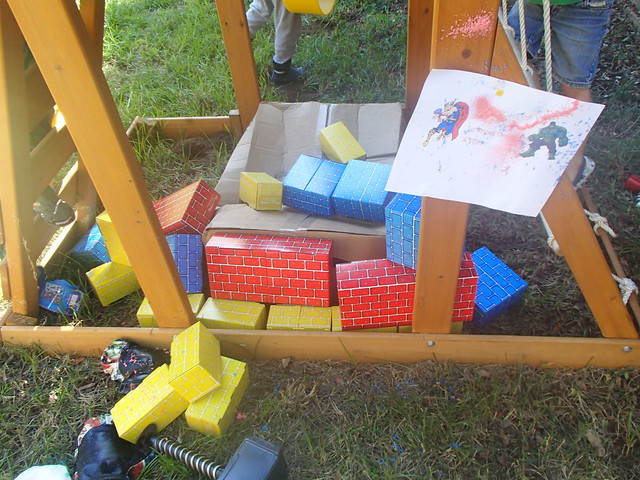 And Captain America shields to toss: 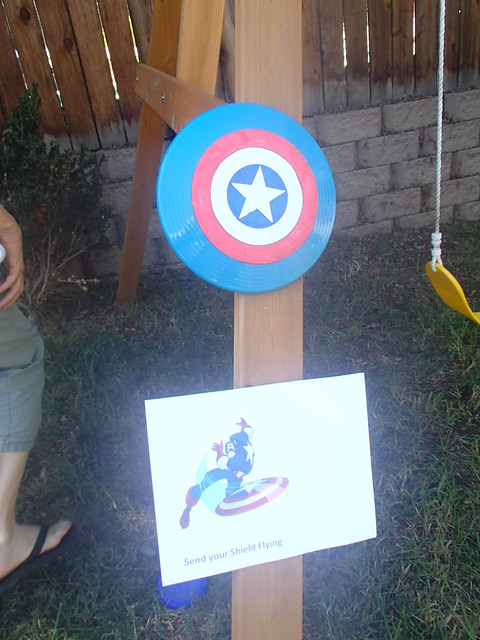 We also had plenty of food: 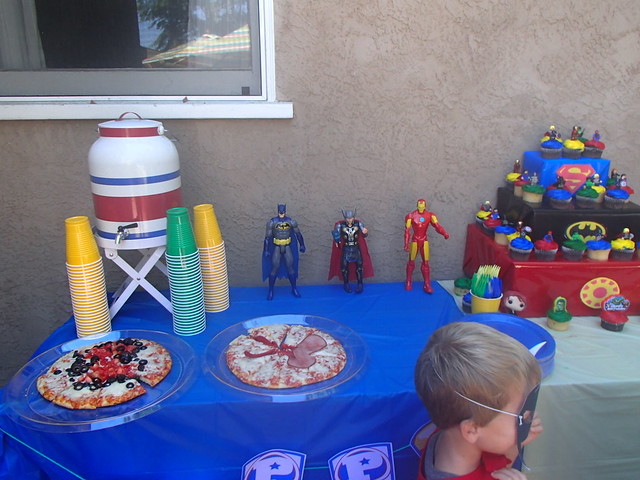 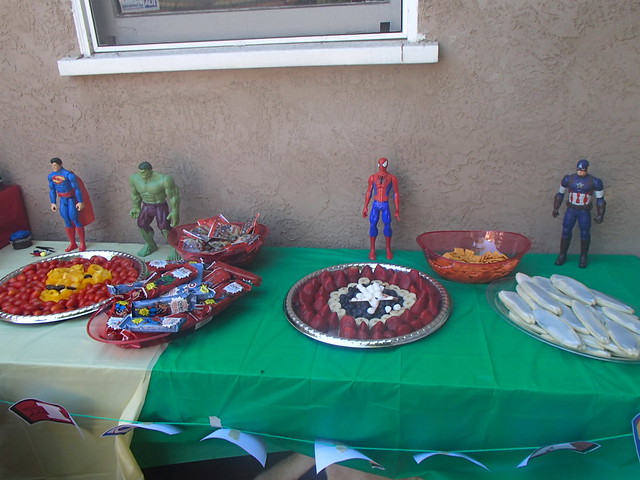 I picked up Avengers granola bars, fruit snacks, and cheeze-its.  For the main course we had a pizza bar!  I prepped all the pizzas ahead of time and just heated as needed. 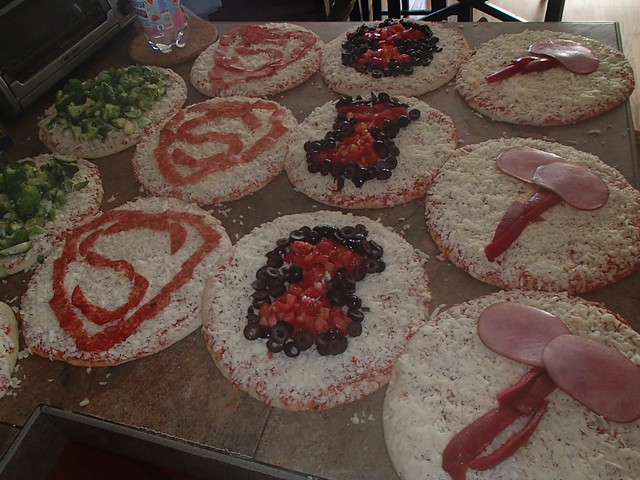 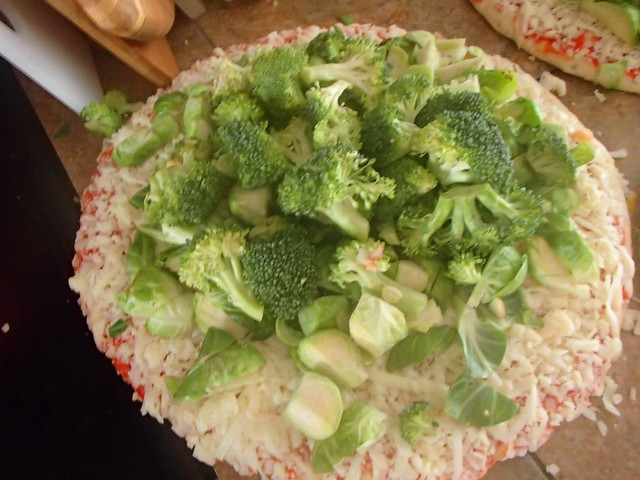 The "Superman" with pepperoni, which was a huge hit with everyone. 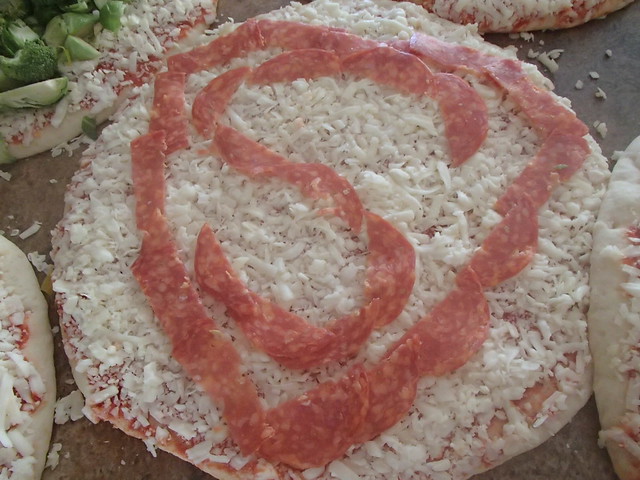 The "Black Widow" with olives and tomatoes. 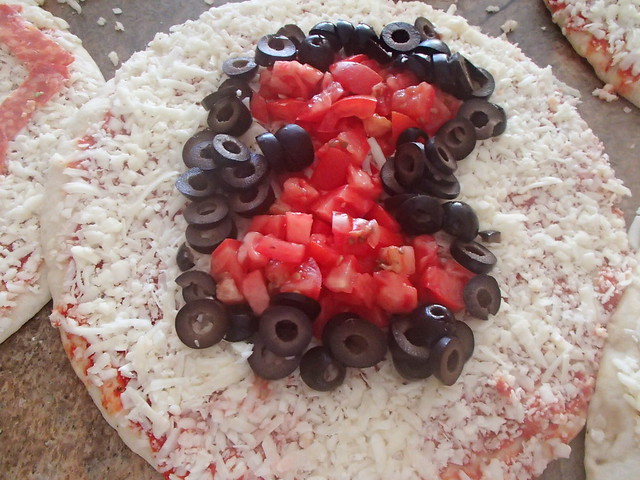 And "Thor" with red pepper and Canadian Bacon. In retrospect, I would have made the handle out of regular bacon...or pineapple - learn from my mistakes! 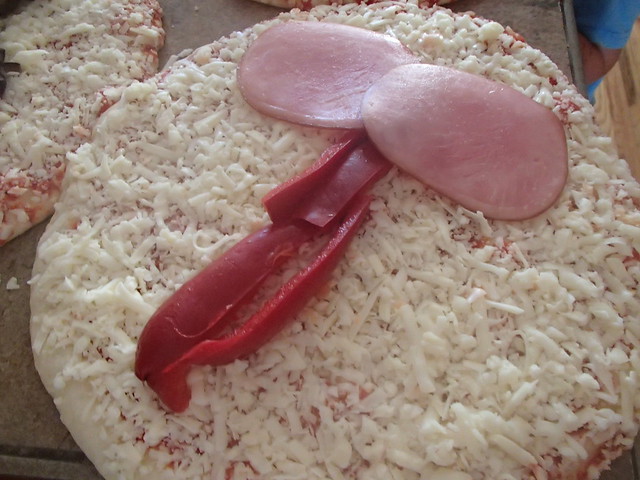 My attempt at an Iron Man veggie tray: 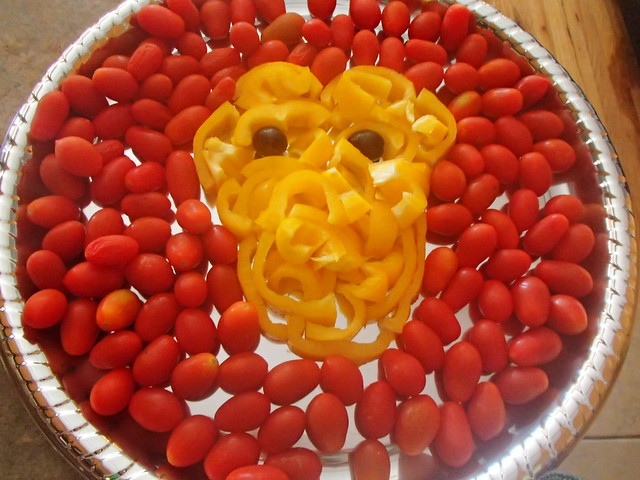 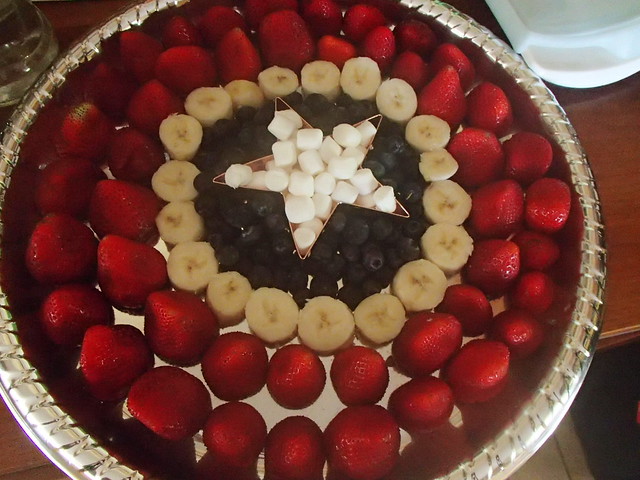 I couldn't think of anything clever for the Silver Surfer, so I ended up just making cookies in the shape of silver surfboards. 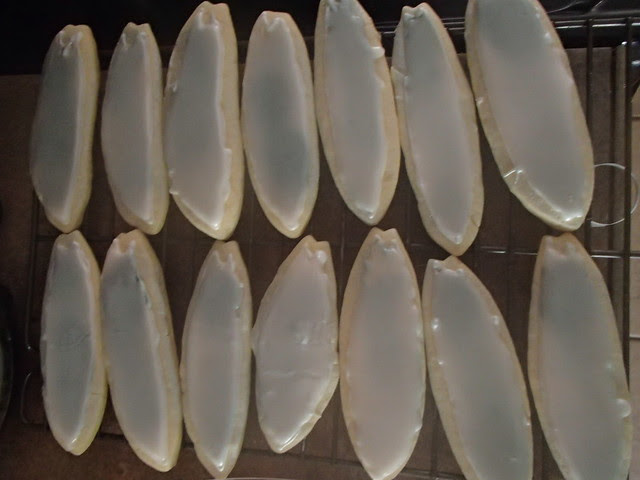 And of course, cupcakes.  I had asked Thatkid if he wanted cake or cupcakes and he chose cupcakes.  I wasn't sure the best way to incorporate superheroes into cupcakes, so I had the bakery give me primary colored frosting and then topped them with lego superhero mini-figures.  Which the kids LOVED.