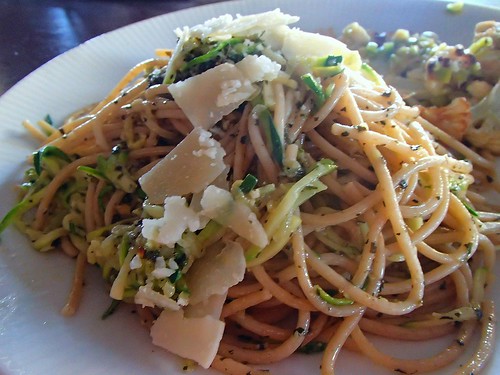 By now y'all know I'm a sucker for a Halloween event.  So when I saw Sea World was doing a Halloween Spooktacular, I knew we had to attend.  Especially after the fun we had at Legoland.

The only problem was, I had to work pretty much all weekend.  So I decided that instead of an evening affair, we would take advantage of the fact that the event started at 11am so I could get a couple hours in before heading to work.

The park was decorated for the Spooktacular, with a special area dedicated to Halloween costumed characters, a dance floor, and Halloween activities. 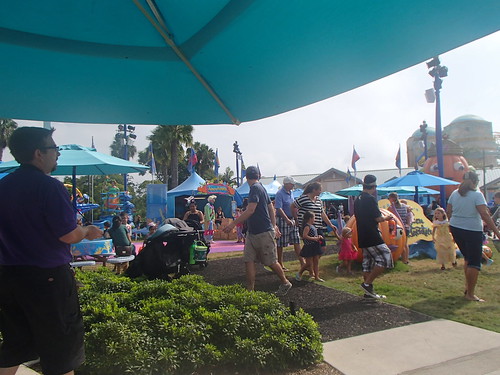 But it wasn't just limited to this area, there were fun Halloween decorations everywhere! 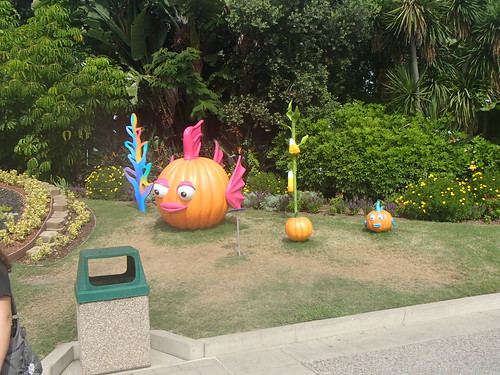 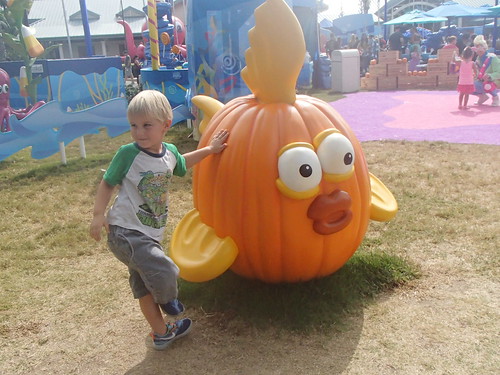 Even the animal exhibits were all decked out for the holiday. 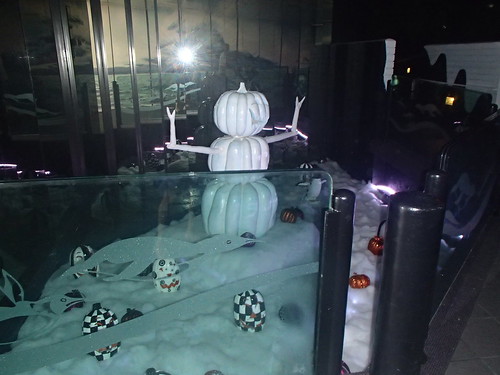 And throughout SeaWorld were little trick-or-treat stations where they would hand out candy to the kids. 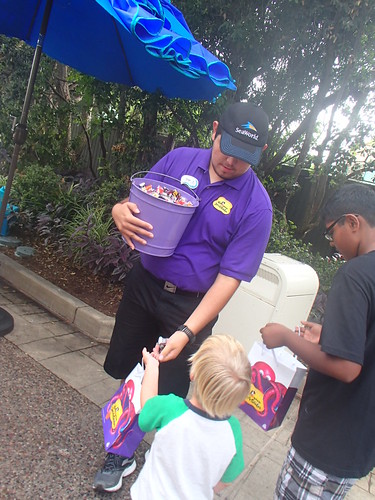 I'm not sure if it was because of how over-the-top Legoland was, but I was a little disappointed by this event.  There were so few kids in costume that Thatkid asked to take his off fairly soon after we got in.

And while Thatkid was happy with all the candy, I was a little spoiled by the mixture of candy and some healthier snacks we had picked up the week before.

But I did enjoy spending time with my boys. 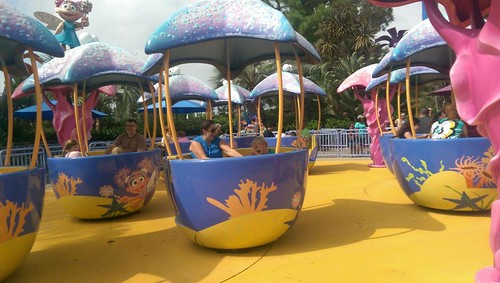 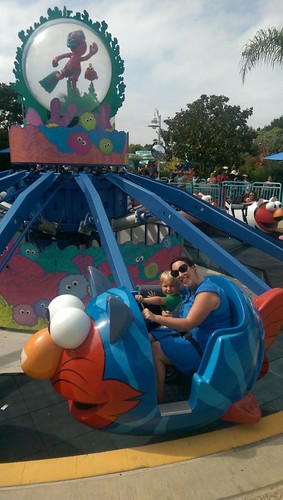 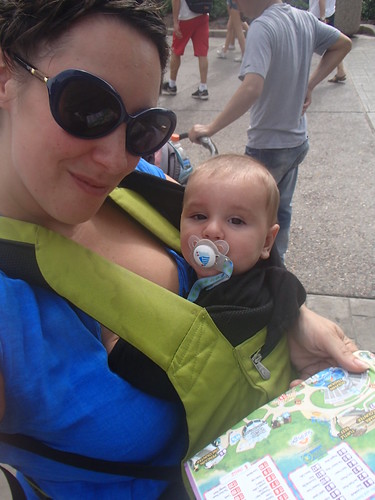 And in order to hit up all the treat stands, we ended up seeing parts of SeaWorld we'd never ventured to before.  And meeting new animal friends. 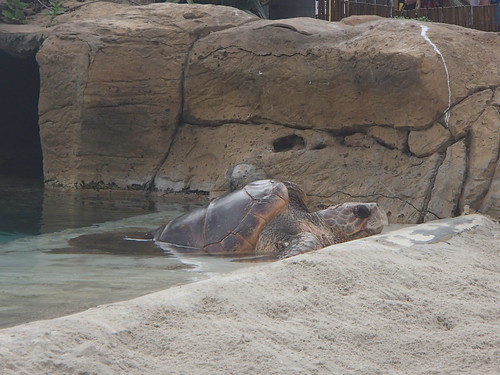 I spent the rest of the weekend working, not coming home until late at night, leaving the boys to fend for themselves.  To an extent.  Because when I'm gone, I try to leave food that's easy for Thatboy to heat up and serve, and something I know Thatkid will gobble down.  Like pasta.  Most places are probably at the end of basil season, but since it's been so warm here, I can still pick it up easily.  For the rest of the world, pesto is one of those things that freezes beautifully.  I like to freeze it in ice cube trays so I can defrost just what I need!

"Zoodles" or zucchini noodles are all the range these days with fancy schmancy spiralizers being marketed everywhere you turn.  I actually prefer these easy mandoline version, mixed with spaghetti instead of an alternative to spaghetti.  It adds some great veggies into the meal while keeping the satisfying bite of al dente pasta. 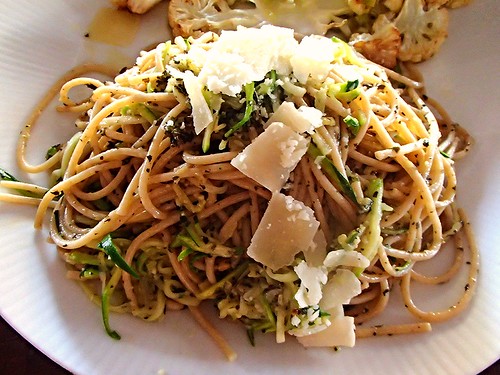 Labels: A Homemade Life, Halloween is for girls, pasta