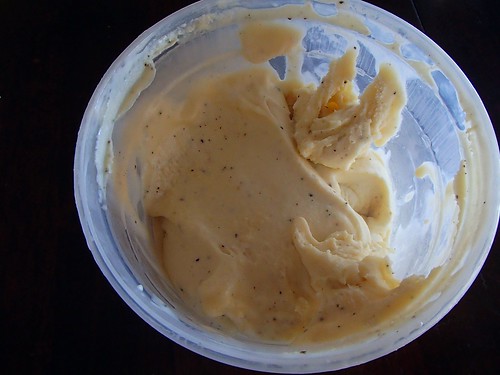 October 2011 was THE month to have babies.  I noticed that when we first enrolled Thatkid in daycare there were 4 others in his class born within those few weeks.

When he started at his new school, he made some more friends with October 2011 birthdays.  Which of course means our already full October weekends have gotten even more full!  This past weekend we had a birthday party on Saturday AND Sunday.

This particular girl loves Ariel.    Who happened to show up at the party. 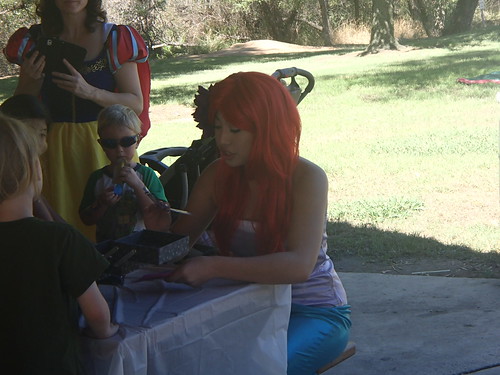 While the little girls stood in awe of the mermaid, singing with her and adoring her, the boys were a little....unsure of how to react. 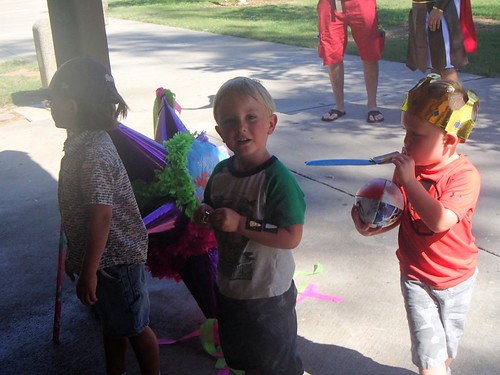 Luckily there was a table of goodies which kept the boys occupied. 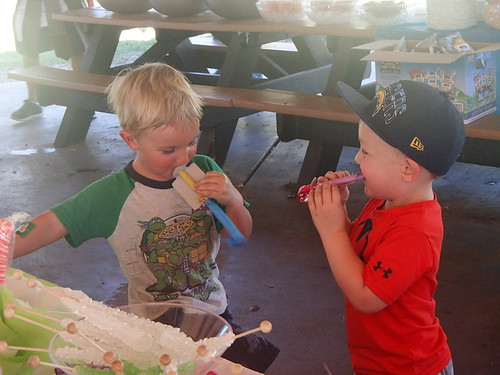 Because dressing up isn't just for girls. 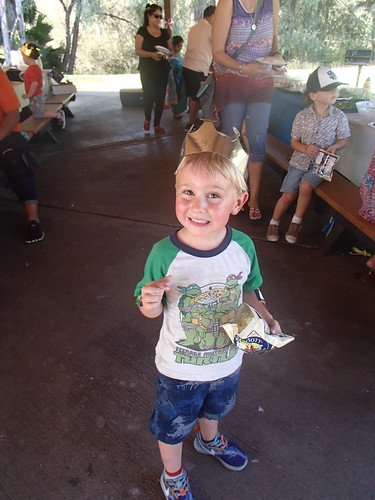 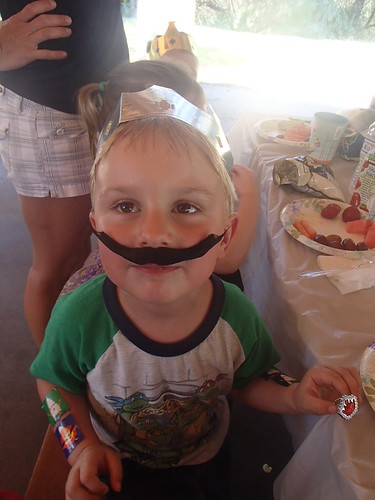 Because we had the race, we had to leave the party early.  I can only ask you to imagine the abject sadness expressed by Thatkid when he realized we were leaving before having any cake.  Poor kid.  I feel for him.  I mean, it's really not a birthday without cake, right?

Ice cream isn't a fair substitute, but it will have to do.  Especially since we're still dealing with summer heat around these parts.  The parents huddled under the shelter at the party, watching the kids play on the playground and commenting that it is far too hot for October.

Vanilla gets a bad rap as far as flavors go, but in a lot of ways it's more complex than chocolate.  Done right, vanilla has intricacies and depth.  Paired with black pepper in this recipe helps to heighten the sweetness.  I know that sounds weird, because how can pepper make something sweeter?  That's the beauty of contrast.  Just like how these hot summer days inevitably will make the winter weather feel even colder - if that weather ever comes. 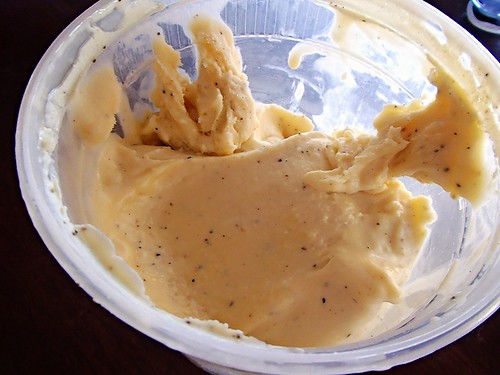