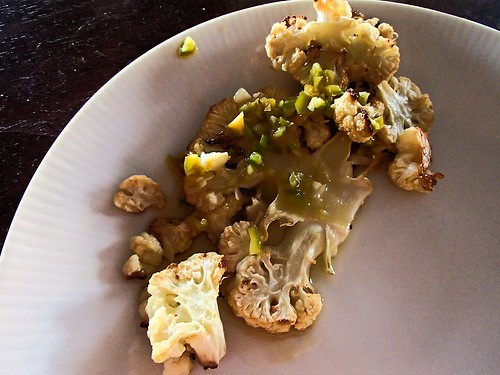 On October 1 I filled in our monthly calendar.  It was ridiculous.  There was an activity planned for every weekend day this month, with the exception of October 11.  The sole free day of the entire month.  Which meant that was the day we were going to the pumpkin patch!

Nevermind that it was 100 degrees on Sunday.  We ventured out, despite the very unseasonable weather.

I don't think we've ever gone this early in the season, which meant we had lots of pumpkins to choose from.

Thatkid really pushed him limit with the "you can only take what you can carry" rule."

And after Thatboy decided he wanted multiple pumpkins (because he couldn't choose just one), Thatkid managed to finagle getting more than his allotted "one pumpkin per person."

I had imagined loads of cute pictures of Thatbaby's first pumpkin patch experience, much like we had of his older brother, but it was too hot for the pumpkin beanie we had.  And Thatbaby slept for most of our time there.  He woke up at the end and I managed to get a couple shots in. 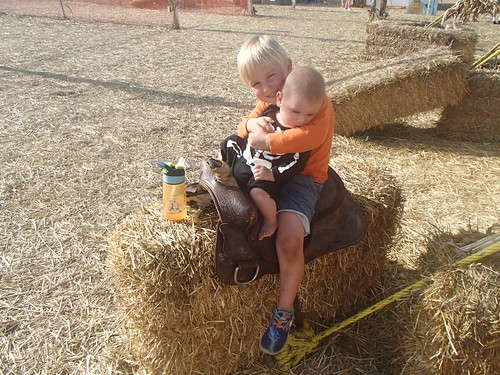 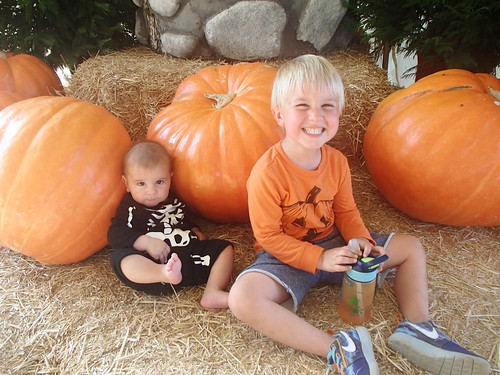 Yeah, 100 degrees and Thatkid insisted on wearing a long sleeved shirt, because it had a pumpkin on it.  He obviously gets it from me.  Because I insist on unseasonable things too.  Like this cauliflower.  No one in their right mind cooks things at 450 when it is 100 degrees outside.  Good thing I never claimed to be in my right mind.  It just seems like such a perfect fall side-dish.  In general I think of salsas as being very summery, but certain salsas scream "FALL!"  (Like the harvest salsa at Trader Joes right now - LOVE).  Salsa verde is one of those salsas.  Maybe it's the lack of tomatoes?  Roasting vegetables is very fall for me, so the two combined seem like they should be perfect for this time of year.  Now if only the weather would cooperate. 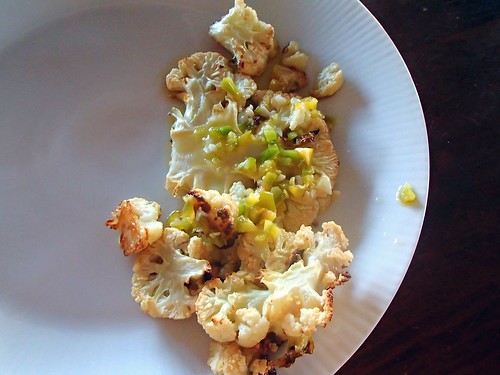 Labels: A Homemade Life, Halloween is for girls, pumpkins