A Homemade Life: Frisee with Ham, Eggs, and Mustard Vinaigrette 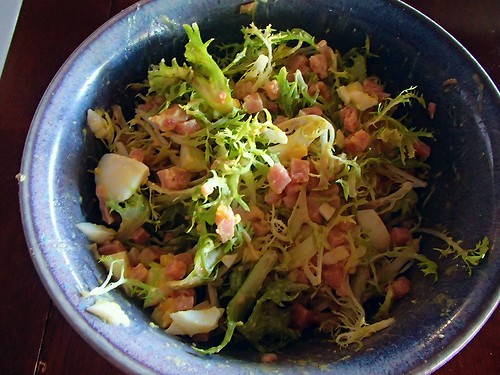 Now that Thatkid's birthday is over, we are in full-on Halloween mode 'round these parts!  So far Thatkid loves the holiday as much as we do.  He's been wearing his Pumpkin shirt from last year for weeks now.

This year we're really getting our money's worth out of Thatkid's Halloween costume.  We started this weekend by taking him to Brick-or-Treat at Legoland.

During weekends in October, Legoland hosts an after-hours Halloween event where the park stays open and there are all sorts of Halloween activities.  Pirate's Shore, with it's water themed rides is closed during the event, so we showed up early to make sure we got those rides in. 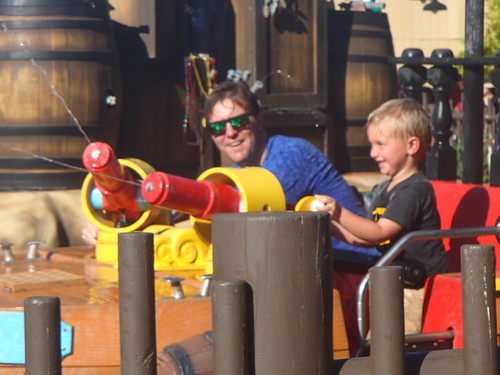 Temperatures were in the 90s and 100s this weekend, so we had no problem with getting soaked.  And we got soaked.  We tag-teamed rides, trading off who stayed with the baby.  Thatboy and Thatkid went on the squirt everyone ride, and Thatkid and I went on the water flume ride. 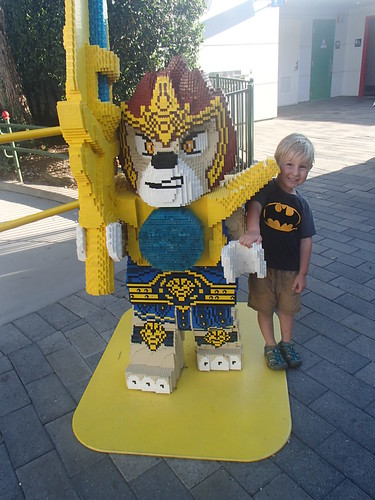 One of Thatkid's shows he watches lately is Legends of Chima, so he was pretty stoked to see "his friend." 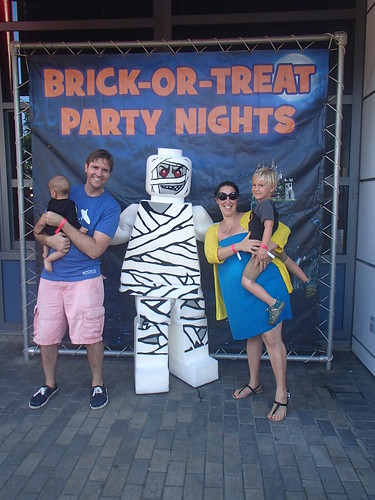 He also was pretty stoked to see some lego characters for photo ops.  Although he went back to his old habit of wanting to take a picture right until we got to the front of the line where he flipped out and wanted to be far away from the character.  Apparently it just takes him a little time to warm up, because by the end of picture taking he was much more comfortable with interacting with Mr. Mummy. 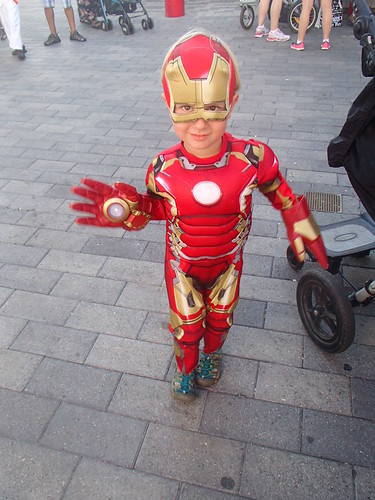 Seeing the characters come out, and the trick or treat stations starting, we decided it was time to "suit up."  The park filled up with costumed kids and families.

Other than the costumed characters, there were other photo opportunities set up all over the park. 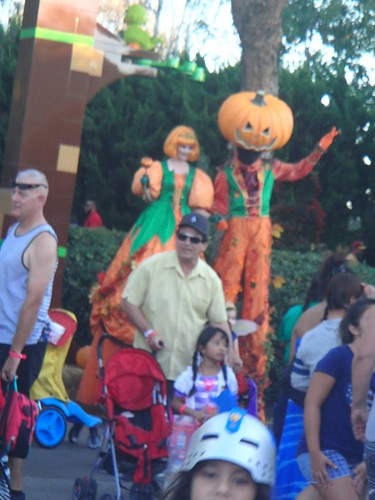 And loads of trick or treat stations.  Kids were given a bag and the various stations handed out candy, juice, magazines, and legos.

Since the park remained open, we could also hit up some rides. 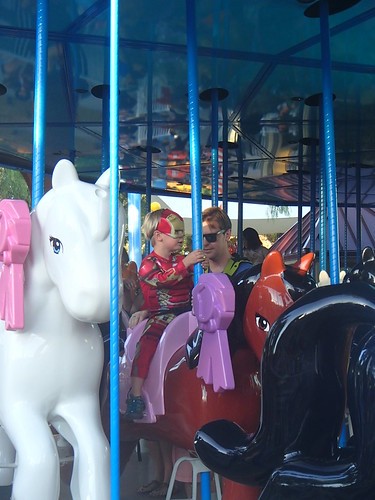 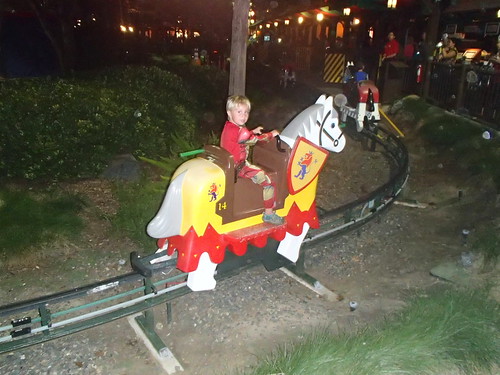 Thatkid also decided he wanted to enter the costume contest.  He was phenomenal.  He didn't want to go up on the stage by himself, but once we got up there I hung back while the MC interviewed him about his superhero abilities. 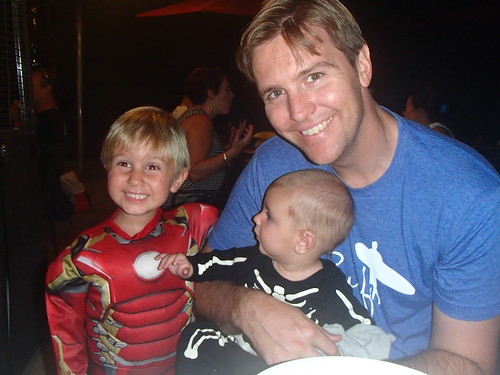 He walked away with a pretty good haul!  The highlight for him was the Legends of Chima lego set they gave. 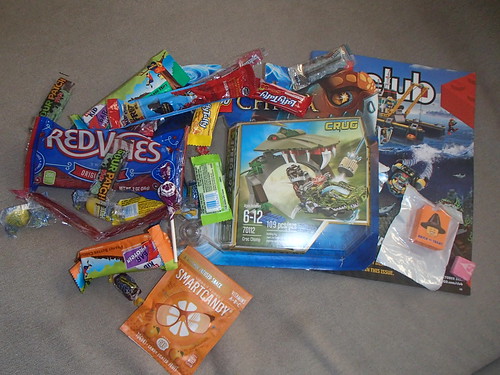 As the candy has already started rolling in, we have to balance with good, healthy choices for the other food we're putting in our body.  At Thatkid's 4 year appointment earlier this week, his doctor asked if he was eating all his fruits and vegetables.  I'm lucky that the answer to that is yes.  Thatkid is a fan of both.  He'll even eat salads from time to time.  Although he is most apt to pick his favorite ingredients out.  In this case it was the egg and ham.  But I can't really fault him, we all have salad favorites, and whether you eat them first, or save them for the last bites, chances are you divide up your salad too.

Bonus points for this salad because it has few ingredients, making it easy to throw together. 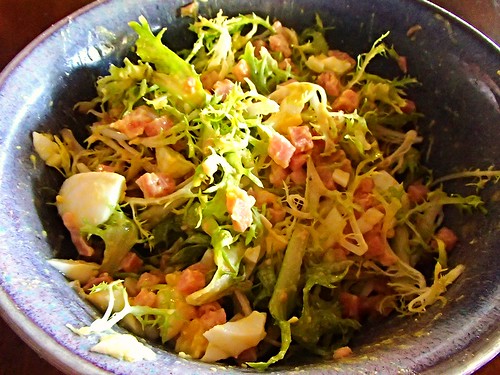 Labels: A Homemade Life, Halloween is for girls, Salad