I think it all started when we were in college, but it might have started shortly after - the "girls trip" to Vegas. In total, I think the weekend would cost around $75 a person, and that included gas, hotel, food... It was so cheap because we would have 6 girls to a room, drank every meal, and of course, never paid for our own drinks.

I guess Prez and I decided to relive old times last night with a bit of a liquid dinner.
It started innocently enough, an email requesting whether Prez wanted to celebrate her birthday early with dinner or drinks? It was all downhill from there.

Prez chose drinks, as she sent me a list of some of her favorite happy hours. Eventually we narrowed it down to Tower 23. 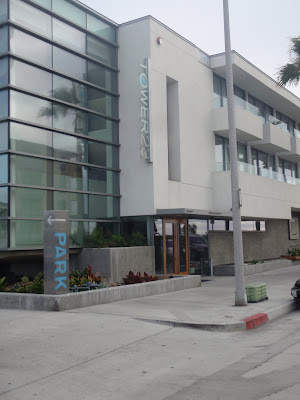 The restaurant JRDN is a popular place for celebrations as the only other time I had been was also for a birthday, but this was a different scene. At night, the place is wall to wall people, where you have to "know somebody" to get a drink and don't even think about sitting down. When we showed up yesterday, the place was fairly deserted. We had our pick of seats and service was speedy. Prez chose a seat outside, with a view of the water. It doesn't look so sunny here, premature June Gloom, but the weather has been ridiculously warm lately. 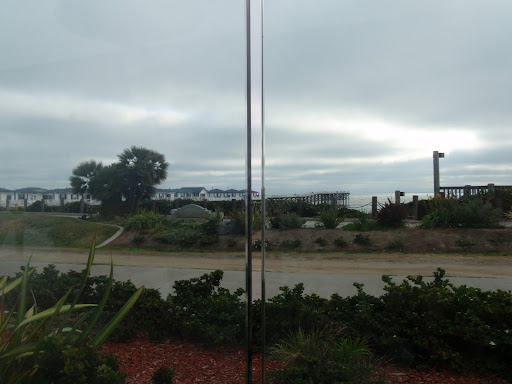 Obviously, the first order of business was the drinks. On Mondays, Happy Hour includes discounts on their "mixed pleasures." 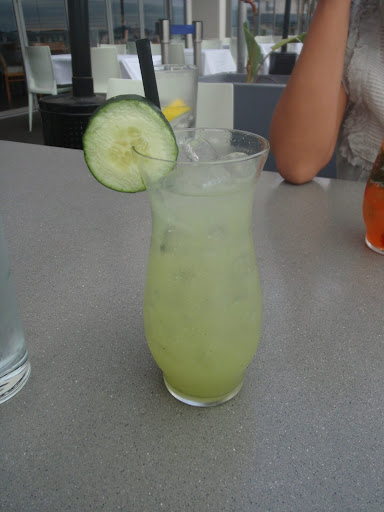 I started with the cucumber mint melon cooler. It was cool, it was refreshing, it is the perfect poolside sipping drink. I'm going to HAVE to figure out how to make it before our next girls trip to Palm Springs. 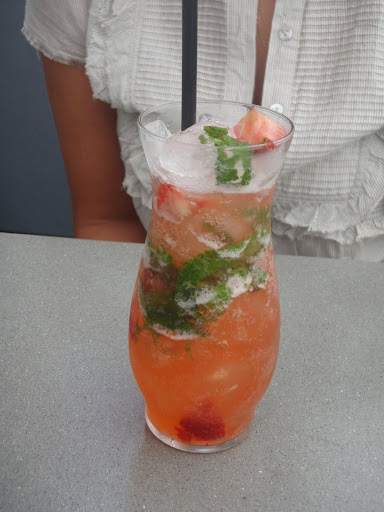 Prez had spent the entire day before drinking champagne based cocktails. Midafternoon, when she was suitably drunk, "they handed me a soda, and then went back to drinking." She wanted something a little lighter and less champagne-y. So she had a strawberry mojito. Interesting enough, I thought mine tasted more mojito-y. She thought mine smelled better than it looked, so I guess we both were happy. 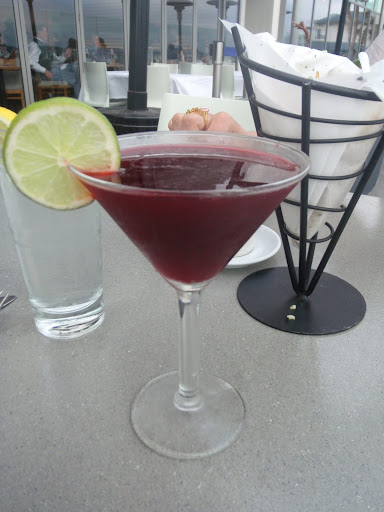 Round 2 involved hibiscus tequila cosmos. After the light fruity cooler, this was a little heavy for me...or maybe just a little thick. Or maybe I was already a little thick by this point in time. Or maybe I just liked the glasses better from round 1. 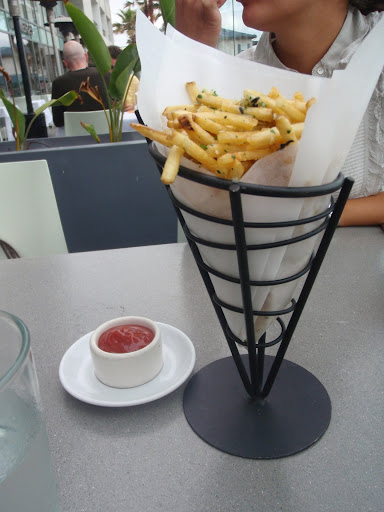 One of the reasons I love Prez, is because we often think alike. When perusing the menu for something to snack on, I mentioned I had been smelling french fries the entire drive over. Prez looked up at me with an evil glint in her eye. "Have you ever had the fries here? They are SO good! I even love the parmesan, and I don't eat cheese." It's true, she doesn't eat cheese, or anything white, which includes most dairy products. And so we ordered their truffle shaved fries. She was right, the fries were fantastic. Covered in shaved white truffle, garlic, and parmesan cheese, the ketchup was almost superfluous. The original crazy plan was to have the fries and sushi, which was one of the reasons Prez had picked the restaurant in the first place. However, apparently, the sushi chef has one day off...and that day off is Monday. So, no sushi for us. Instead we had french fries for dinner, which meant a lot of our conversations consisted of dropped jaws and giggles.

We took turns telling each other dramatic stories about our friends - the best kind of gossip. Then Prez realized that the last girls trip we had taken was my bachelorette party. We started planning the next one and so far have the month and people who will be involved. Now we just have to pick a place. One of the best parts about being one of my friends is the free hotel perks. Thatparents (and now Thatmom) are the proud owners of a number of timeshares. More than they can use in a year. So between the timeshare points, and timeshare weeks, as well as the bonus weeks, Thatfamily very rarely has to pay for hotel rooms. And of course, my friends benefit. Prez has already been the recipient of trips to Palm Springs and Mexico. Now we're debating about if we want to do a girls weekend some place local, or a little more exotic. I'll keep you updated!

On a more heroic note, or perhaps "why you should always go running with your cell phone," while Thatdog and I headed out for our run this morning, I noticed a bird had gotten stuck in the stairwell. It's not a common occurrence, but it does happen occasionally and because they "only fly up" (is that a myth?) they can't get out of the stairwell on their own. So I called Thatboy and asked him if he could come rescue the bird. And even though it was shortly after 6 in the morning, my big strong man got himself out of bed and came to save the little bird. Maybe he's not the bird's hero, but he's certainly mine!
Posted by That Girl at 10:01 AM