A few of my obsessions

You know how it is when you discover something that's new to you and it kind of becomes your life? I get like that with ingredients. It drives Thatboy crazy. Currently I am obsessed with three new ingredients I've come in contact with recently.

1) Salt Pork. I'm now using it in practically every soup recipe I can. I LOVE IT. And so does Thatboy. He thinks it's a little stronger than bacon flavor. I like how the fat melts to cook my veggies. I like the salty quality of it and how easy it is to use - comes in a nice pre-sliced package at the store and it keeps for just about ever. It kinda makes me feel pilgrim-y, back when they would salt their meats because they didn't have fridges. It adds the best flavor to my soups.

2) Kale. Kale isn't really new to me, but lately I can't get enough of it. It's another great soup addition, but also a great green veggie. I like to saute it with garlic. Thatboy isn't as impressed but, he's not as in to bitter vegetables as I am. He doesn't mind it in soups, although if you asked him, he'd probably tell you it was spinach.

3) Parsnips. Back in the days of "scavenge in an empty fridge" following Thatdad's death I found a bunch of these in Thatmom's fridge. She was going to use them in a minestrone soup, but instead we made a tomato barley and threw them in. I think they're the secret love child of carrots and apples. And I decided they would become a new staple in Thathouse. So earlier this week I souped them up. 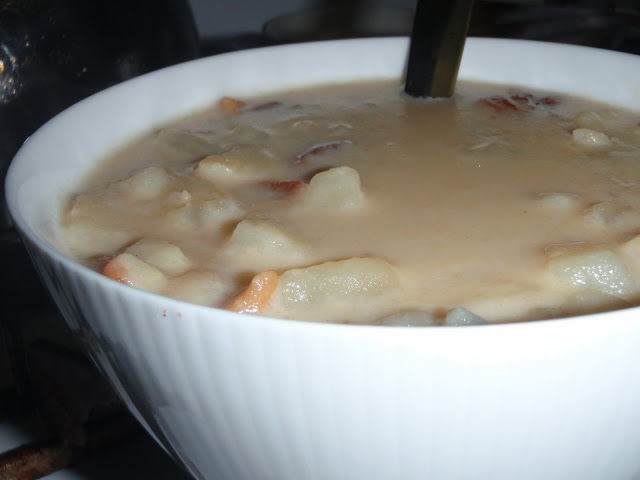