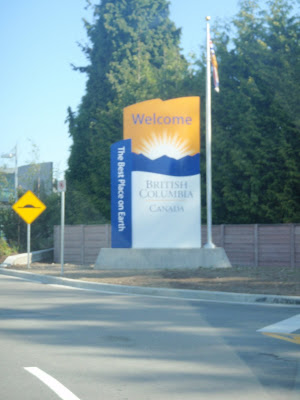 Thatfamily loves to travel. Combining all the trips made by Thatfamily members in 2008, we visited: England, Ireland, Scotland, France, Mexico, New York, South Carolina, Georgia, Massachusetts, Arizona, Nevada, Hawaii, Illinois, Washington and throughout the state of California. In February, each member of Thatfamily cancelled between one and two upcoming trips. Last month, Thatmom sorrowfully bemoaned her lack of future trips with Thatdad, and the places she would never see. He was her constant travel companion, dragging her to far flung places she would never have visited without him. Each trip was an adventure - partly because of the location, and partly because of Thatdad's travel planning style which inevitably had them staying far more "locally" than Thatmom would have liked.

Thatboy and I proposed a solution to Thatmom, she'd have to travel with the other members of the family - at least to the places she wanted to go. She backed out of future travel plans to Southeast Asia, although I think we may be able to get her to venture to Bali with us. A couple of days later, Thatmom mentioned that she'd always wanted to go to Vancouver, and with that, I was off planning a trip - a gift from us for Mother's Day.

There's nothing I enjoy more than planning a trip. I am SO in the wrong profession. What I really should be doing is vacation planning - not like a travel agent, but like a wedding planner, for trips. This trip was personalized for Thatmom and Thatboy. Thatboy would spend every minute of the trip outside - biking, hiking, kayaking. Thatmom is not an outdoorsy person at all and she would spend every minute of the trip checking out the markets and the shopping. One thing we all have in common is a love for good food. So I planned a trip with shopping, outdoor adventures suitable for everyone, and of course, fantastic restaurants.

We flew into Bellingham, Washington, which UDubb informed us had little to offer, but was close to the border. We decided to fly in and spend the night since Thatboy had a long day in the office, I had a long day in court, and none of us wanted to navigate in the dark. 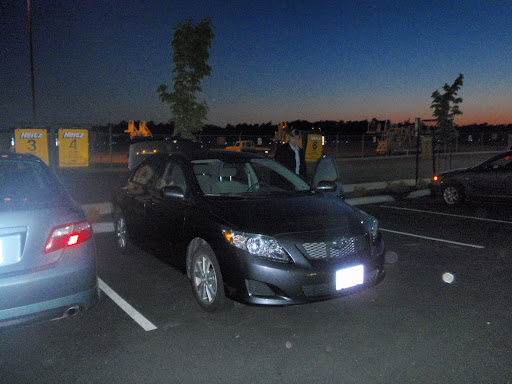 Our ridiculously cheap mode of transportation, which isn't nearly as gorgeous as the sunset behind it. As a side note - never go to Washington with a Twilight fan. Thatboy kept asking how far we were from Forks and if we could take a side trip. Then he kept pointing out the areas where he thought the Cullens probably hunted. When I informed him that the newest movie just finished shooting in Vancouver I swear he started drooling.

As UDubb had correctly assessed, Bellingham has very little to offer, including the area of hotels. So we stayed in the NICEST property in all of Bellingham. That's right folks the only 3 star hotel in the area. 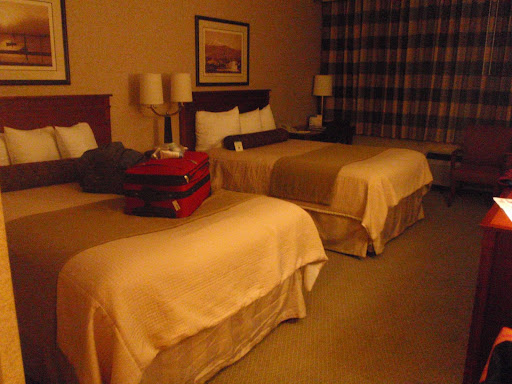 For less than 12 hours though, we aren't really that picky. 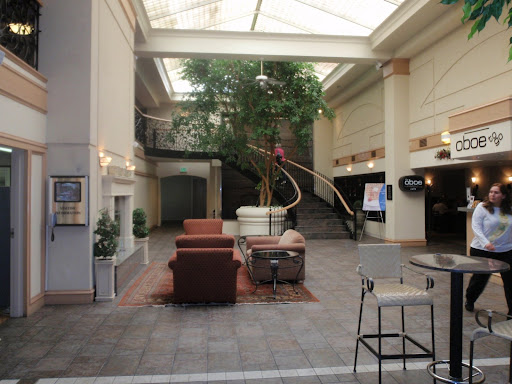 You may be curious to know what this luxury property is: 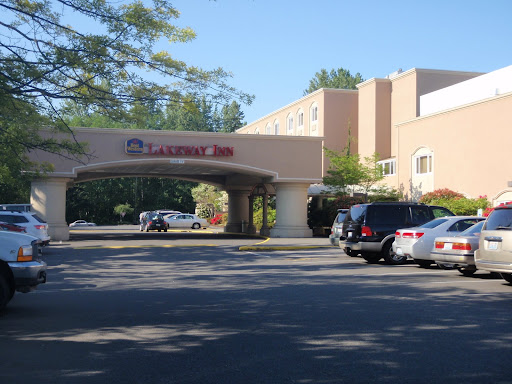 After we checked in and tucked Thatmom into her room Thatboy and I headed to the best part of the hotel - the martini bar. 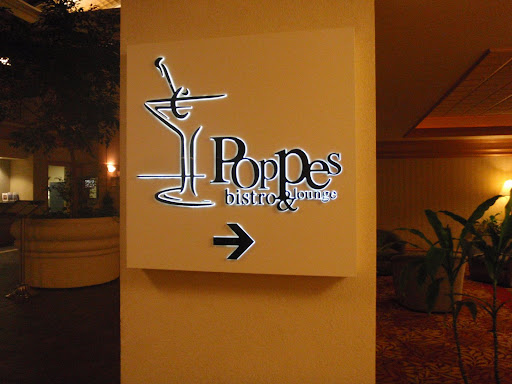 With the promise of drinks and live entertainment, we had to check it out. Unfortunately the DJ did not live up to the hype, although it was fun to people watch a couple of the dancers. 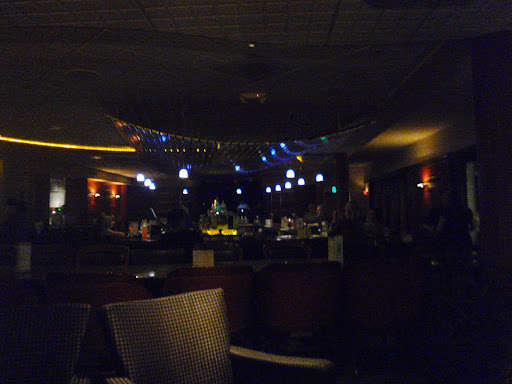 The drinks, however, more than made up for it. Since it was a martini bar, I immediately turned to the specialty martini section. Thatboy thought he would get more for his money getting an "all alcohol all the time" martini with no mix ins. His "Marked Man" with whiskey and vermouth is on the right. 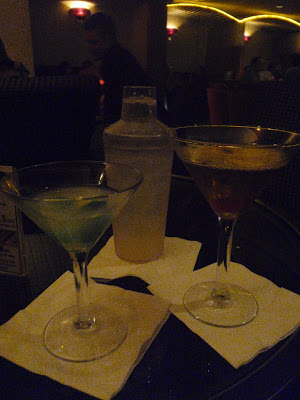 He was sorely disappointed when mine showed up in a GINORMOUS shaker. 4 drinks in one. My Illusion Martini had pear vodka, peach vodka, triple sec, and white cranberry juice. And see those green things at the bottom? Those are Haribo frogs. Thatboy was almost as green as they were when he saw them. They're some of his favorite candies. Don't worry, I shared. 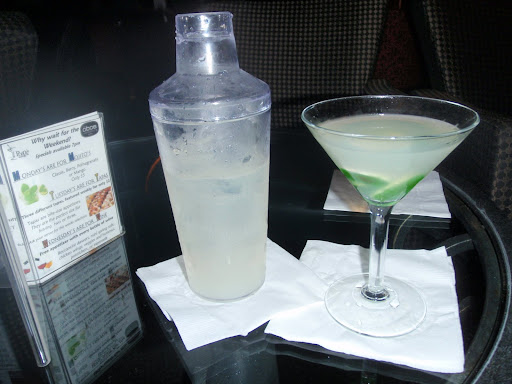 After our drinks, we headed back to the room for a little sleep before our big drive into Vancouver. Stay tuned for a recap on Day 1 in the big city.
Posted by That Girl at 11:11 AM